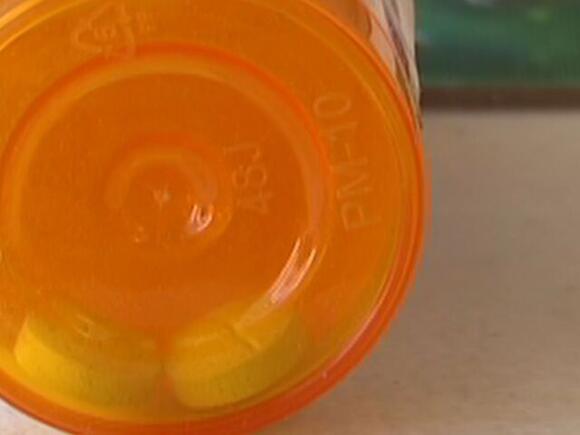 TAYLORSVILLE, Utah — Nearly a month into a national shortage of medication for attention-deficit/hyperactivity disorder (ADHD), some Utahns are feeling the impact.

In Taylorsville, Clara Pitts, a senior in high school diagnosed with ADHD, is in the midst of applying to colleges.

In October when her mother Rebekah went to refill her prescription of Adderall, a medication that helps her focus, she was told they were completely out of the drug for at least two months.

She says she called at least eight other pharmacies, and all had similar answers.

“As I called more pharmacies, I realized that we weren’t getting this medication," she said. "It was a horrible feeling.”

Salt Lake City pediatrician Dr. Ellie Brownstein says she's seeing the national trend with her own patients with Adderall and a similar prescription for those with ADHD diagnoses called Concerta.

“I had three call me in one day saying ‘I can’t find it; I can’t get it. My pharmacy doesn’t have it," Brownstein said.

She says it's been a really helpful drug for those diagnosed with ADHD.

“Those diagnosed with ADHD, I’ve seen it be really life-changing," said Brownstein. "The thought process is that things are getting lost as they travel through the brain. Instead of getting connected and moving well, they actually sort of drift off. And so if you use the Ritalin, you speed up that process and so you help stuff get through.”

For Clara, it's been effective in helping her focus and deal with what's called ADHD paralysis: She might have a long list of things to accomplish she knows she needs to get done but struggles to get started on any given task.

"I wasn’t sure if the drugs were going to help, but when I first took Adderall, it was like the tiniest difference," Clara described, "Like the difference between just going through a regular school day and having a handrail to guide you."

Now, not having the medication has left her family in a stressful situation.

“Right now we’re faced with a really difficult decision of do we take her to the doctor and try a different medication?" said Rebekah. "And that’s really scary to me because this is a medication that affects your brain. And so to try something else in the middle of her senior year is not a decision to be taken lightly.”

Brownstein said she hasn't heard an official reason for the backlog, but based on discussions with colleagues, she thinks it's probably a combination of manufacturing issues and increased usage. She said it also may be that more people diagnosed during the COVID-19 pandemic when it was hard for them to focus while working at home.

She suggests those with ADHD have discussions about making accommodations with their teachers or bosses for the time being until the drug becomes more readily available.

BULL💩 Kids don't need drugs to focus. They need parents to raise them with discipline. Stop trying to be your kids friend, be an adult. The kids don't have the problem it's all the parents who don't want to deal with their own offspring. GROW UP

An observation after moving to this state is that because the LDS community chooses their vice in the form of sugar(b/c they don't drink) our children are given candy daily at school. The problem isn't the lack of ADD meds, it's the abuse of sugar and what that does to their developing brains. Stop it with the constant sugar and see what happens.

A Utah lawmaker is running a bill to designate the porcini as the official state mushroom of Utah. The symbolic designation would raise awareness of mushrooms' important role in Utah’s ecosystem.
UTAH STATE・7 HOURS AGO
FOX 13 News

A northern Utah, native-led non-profit continues to answer calls for help from those living in the Navajo Nation.
TUBA CITY, AZ・5 HOURS AGO
FOX 13 News

Ben Hilley is a backcountry recreator and one of the founders of the Beacon Bash Series: An event aimed at traveling to different mountain areas to each and practice avalanche safety skills.
UTAH STATE・21 HOURS AGO
FOX 13 News

A federal judge awarded more than $10.5 million to the widower and parents of a Ugandan celebrity and activist decapitated by a traffic control gate in Arches National Park.
COLORADO STATE・57 MINUTES AGO
FOX 13 News

Where is Peter Sinks, Utah, site of the coldest temperature in the US?

Utahns who woke up this morning thinking it couldn't get much colder than here in the Beehive State were spot on.
UTAH STATE・2 HOURS AGO
FOX 13 News

Utah saw some of the coldest conditions in years this morning, as Peter Sinks in Cache County recorded a temperature of negative 60 degrees.
CACHE COUNTY, UT・5 HOURS AGO
FOX 13 News

A Wind Chill Warning is in effect in Tooele County until Monday at noon, with wind chills as low as 30 below. It’s weather that a normal farm animal can handle with the help of some shelter and hay.
GRANTSVILLE, UT・16 HOURS AGO
FOX 13 News

Bill would legalize psilocybin in Utah under strict controls

A bill that would legalize psilocybin in Utah under strict controls is set to be unveiled in the state legislature.
UTAH STATE・2 DAYS AGO
FOX 13 News

Utah is one step closer to having a new flag flying over the Beehive State after the Senate passed the bill that will make it a reality.
UTAH STATE・1 HOUR AGO
FOX 13 News

Water, Great Salt Lake bills to be unveiled in the Utah State Legislature

House and Senate leaders will unveil a series of bills next week aimed at water conservation and the Great Salt Lake.
UTAH STATE・2 DAYS AGO
FOX 13 News

After an emotional debate, the House of Representatives voted 58-14 in support of a bill that would put a moratorium on hormone treatments and ban gender affirmation surgeries for transgender youth.
UTAH STATE・3 DAYS AGO
FOX 13 News

Quiet hiring may sound unfamiliar, but the hiring practice has been used for many years by employers to fill job vacancies through shifting around existing employees
UTAH STATE・3 DAYS AGO
FOX 13 News

About 50 people gathered in Liberty Park in Salt Lake City, seeking justice for Tyre Nichols who died after being beaten by police officers in Memphis earlier this month.
SALT LAKE CITY, UT・1 DAY AGO
FOX 13 News

Obscure Utah pizza joint named among best in US

You'd be forgiven if you overlooked a unique Utah pizza joint that was just named among the very best in the U.S. It's no shock that many pass by without realizing what they missed.
UTAH STATE・4 DAYS AGO
FOX 13 News

A bill that bans gender affirming surgeries and imposes a moratorium on hormone therapies for transgender youth passed its final vote in the Utah State Legislature.
UTAH STATE・3 DAYS AGO
FOX 13 News

VIDEO: Large herd of elk seen running along I-80

A woman who dedicated two years of her life to saving abandoned ducks has received a national honor.
WEBER COUNTY, UT・5 DAYS AGO
FOX 13 News

A multi-agency operation led to a major drug trafficking investigation that turned up a large amount of illegal bath salts, as well as millions in cash in the Salt Lake City area.
SALT LAKE CITY, UT・6 DAYS AGO