Quinta Brunson Shines In Aliette During Her Interview With Oprah 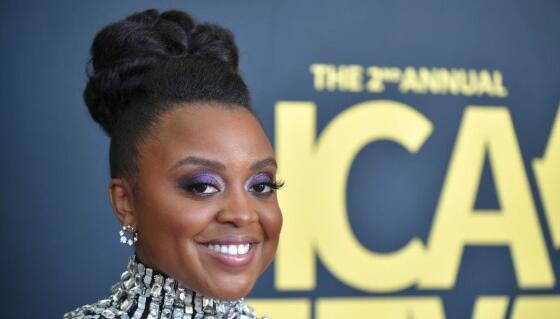 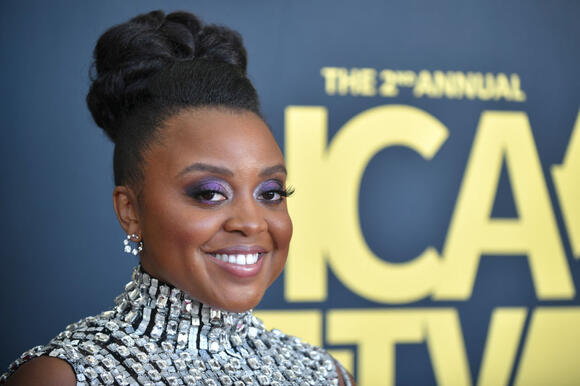 All eyes are on Abbott Elementary star Quinta Brunson as she prepares for the debut of her big interview with Oprah, someone the star says she watched every day with her mother growing up.

The beauty will sit down with the media mogul in her garden where they’ll chat about Brunson’s life leading up to her big Emmy win for her hit television show. During the interview, Brunson will also share what she learned from her mentors growing up, including Winfrey herself, as well as what inspired her to create the award-winning, record-breaking show.

To gear up for her big sit down with Winfrey, the actress took to Instagram to share an adorable photo of the two beauties as they’re all smiles during their interview. In the photo, Brunson is seen wearing a white and orange Aliette dress from the brand’s Spring Summer 2023 collection while Oprah coordinated with her look and rocked an orange wrap dress.

The actress took to Instagram to share a photo of the duo ahead of the big premiere, captioning the iconic photo, “ Tonight, I sit down to chat with the woman I watched every day at 4pm with my mother: Oprah. It’s hard to explain what chatting with her felt like so I guess you all just have to watch tonight on @owntv !

Thankful to be able to slow down and have a conversation (on and off camera) that I didn’t even know I needed with maybe one of the only people who knows what my life feels like right now.”

The interview airs tonight at 9 p.m. ET on OWN and will also be available to watch on HBO Max and Discovery the next day.

“King of Pop” Michael Jackson’s family has been all over the news lately. The late pop star’s ex-wife Lisa Marie Presley passed away on Jan. 12. His daughter, Paris Jackson, attended the Los Angeles premiere of the documentary Pamela, a love story on Monday, Jan. 30. And that same day, Michael’s son Prince Jackson congratulated cousin Jaafar Jackson on his role as the “Thriller” singer in the upcoming biopic Michael. But what about Michael’s other son? Where is Blanket Jackson now?
LOS ANGELES, CA・2 DAYS AGO
The US Sun

AL Roker appeared on NBC Nightly News hours after his spat with Today co-hosts Craig Melvin and Savannah Guthrie. The beloved weatherman revealed he was at Studio 1a to film the news program on Tuesday. Al, 68, shared a video from the set of the show on Instagram. Dressed in...
2 DAYS AGO
RadarOnline

CNN staffers have been left "shaken" after the network's golden boy Don Lemon exploded on his co-star Kaitlan Collins in an off-camera spat that showed he might not be able to handle the morning television pressure, RadarOnline.com has learned. After it was revealed Lemon was struggling to share the spotlight following his AM move, news broke of a heated altercation he allegedly started with his CNN This Morning co-anchor that took place on December 8. The alleged confrontation was so heated that employees are still rattled by it today.Sources told the NY Post that Lemon, 56, approached Collins, 30, after...
10 HOURS AGO
HollywoodLife

Leah Remini wasn’t at Jennifer Lopez‘s wedding to Ben Affleck last summer, which was shocking since Leah, 52, and J.Lo, 53, have been close friends for a very long time. But a recent wedding that Leah did make it to was J.Lo’s ex-husband, Marc Anthony, 54, and Nadia Ferreira‘s lavish nuptials in Miami on January 28. Leah, who has known Marc for a long, long time as well, showed off her glamorous look for the “I Need To Know” hitmaker’s special day on Instagram.
MIAMI, FL・3 DAYS AGO
INSIDE News

While Marc Anthony and Nidia Ferreira's wedding was taking place, Jennifer Lopez and Ben Affleck could be seen having a heated argument while wearing ball gowns at the premiere of the new JLO movie.
1 DAY AGO