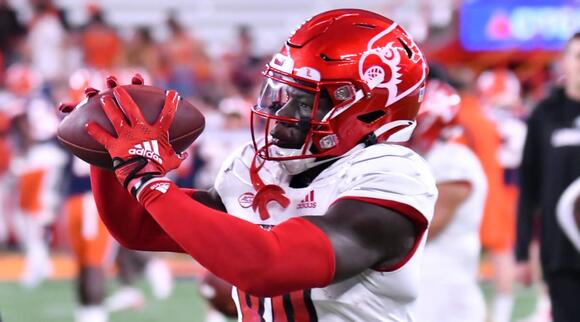 Cardinals freshman Chris Bell appeared to let his frustration get the best of him following Saturday’s upset loss to the Wildcats.

After No. 25 Louisville fell to Kentucky on the road Saturday, a member of the Cardinals offense appeared to take out his frustration on a section of fans in the stands.

A TikTok video shared by a Twitter user capturing the closing moments of the Wildcats’ 26–13 upset victory appears to show Cardinals freshman receiver Chris Bell launching a water bottle at Kentucky fans sitting behind one of Louisville’s benches.

The short clip doesn’t provide any context on what possibly occurred prior to Bell’s actions, but the 6-foot-2 wideout can be seen on camera looking around for a few seconds on the Cardinals sideline before chucking the bottle.

At the time of publication, neither Louisville or Kentucky issued a statement addressing the situation, though it’s possible Bell could face discipline at some point down the line.

Bell, a native of Yazoo City, Mississippi, did not record a reception in the loss. He appeared in eight games for Louisville this season, recording six catches for 94 yards.