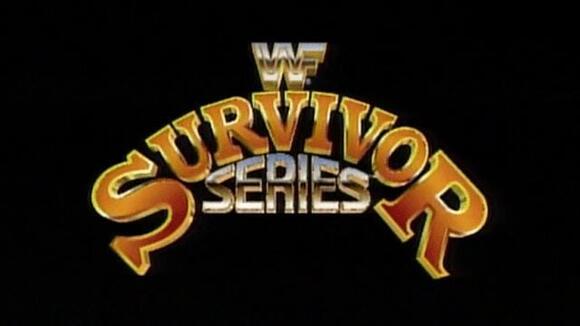 Today's Wrestling Observer Live poses a question: is WWE Survivor Series better than WCW Starrcade? To me, Starrcade is overrated and I discuss why.

Also on the show:

The WarGames matches have breathed new life into Saturday's shows and Friday's edition of SmackDown helped further build momentum with the return of Becky Lynch as "The Man" and the babyfaces winning the advantage in the men's War Games match. We discuss it all.

On Friday's AEW Rampage, Claudio Castagnoli promised to become a sports entertainer if he loses to ROH Champion Chris Jericho at Final Battle. But the JAS are supposed to be sports entertainers and need to act more like that: costumes, silly gimmicks, obnoxious graphics, cliche skits, and all of the tropes AEW fans hate about WWE.

Check it out below.

Tragic news has struck the world of professional wrestling with the word that one of wrestling's biggest stars has lost his life at the age of 38. Celebrity entertainment outlet TMZ, which is known for breaking the news of many deaths of famous people around the world, broke the news of the death of legendary wrestler Jay Briscoe, who has tragically died in a car crash at the age of 38.
15 HOURS AGO
F4WOnline

Kurt Angle spoke about Hogan's condition on his podcast.
12 HOURS AGO
F4WOnline

Wrestling Observer Live with Bryan Alvarez and Mike Sempervive is back with tons to talk about including the Royal Rumble on Sunday, Cody's merch sales, odds for the show, more on the Briscoes and WBD, a lawsuit over the Luchasaurus mask, Kenny Omega visa update, and tons more. Plus, JORDAN ...
15 HOURS AGO
F4WOnline

Davey Boy Smith Jr. vs. Alex Kane has been added to the card.
PHILADELPHIA, PA・2 DAYS AGO
F4WOnline

Wrestling Observer Live with Bryan Alvarez and Mike Sempervive is back with tons to talk about including the Jay Briscoe tribute Dynamite tonight with Mark Briscoe vs. Jay Lethal and more, Britt Baker, A LONG TALK ON DENTISTRY, the NXT TV report and tons more. A fun show as always so check it out~! ...
2 DAYS AGO
F4WOnline

The TNT title is also on the line on tonight's show.
OHIO STATE・2 DAYS AGO
F4WOnline

Wyatt appeared on an episode of Out of Character released Friday.
20 HOURS AGO
F4WOnline

Baker was removed from a triple threat match on Dynamite this week.
1 DAY AGO
F4WOnline

Mone discussed her training in a long-form interview with NJPW's website.
1 DAY AGO
F4WOnline

Theory was featured in an ESPN article released Thursday.
1 DAY AGO
F4WOnline

Storm vs. Soho will now be a singles match.
LEXINGTON, KY・2 DAYS AGO
F4WOnline

The finals of the Tag title contender's tournament are also set for the February 3 episode.
9 HOURS AGO
F4WOnline