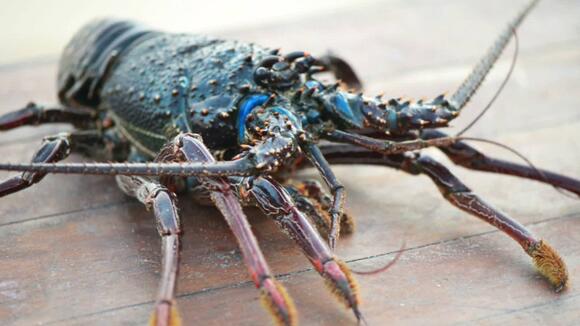 Whole Foods has announced it will no longer sell Maine lobster in its stores around the country.

The company, which is owned by Amazon, cited decisions by two sustainability organizations to take away endorsements of the U.S. lobster fishing industry, The Associated Press reported.

Maine Stewardship Council and Seafood Watch both said there were concerns related to the North Atlantic right whales, which are rare, and fishing gear. Whales are threatened by getting entangled with fishing gear, the AP reported.

The New York Times said the way lobstermen catch the crustaceans has not changed much since the 1800s. Fishermen use traps, also called pots, that have bait inside and are lowered to the seafloor. They are connected to a floating buoy by a rope that can entangle whales, preventing them from surfacing or diving deep enough to find food.

Seafood Watch is part of the Monterey Bay Aquarium based in California, the Times reported last month. It gives businesses scientific guidance about what seafood should be sold.

Along with American lobster, the group has suggested that some species of crab and fish are on its “red list” because of how the fishing techniques used to catch the seafood could impact North American right whales, the Times reported.

Whole Foods said the decision would help protect the whales, of which only 340 exist. The company said it will continue to monitor the population and will work with suppliers, fisheries and environmental advocacy groups, the AP reported.

But not everyone is supporting Whole Foods’ decision.

Maine Gov. Janet Mills and the state’s four members of Congress said, “Despite this (stewardship and protection whales by Maine fishermen), the Maine Stewardship Council, with retailers following suit, wrongly and blindly decided to follow the recommendations of misguided environmental groups rather than science,” the AP reported.

Lobster companies and lawmakers have also fired back, saying that Seafood Watch’s announcement is unfair since they have complied with state and federal laws that protect the whales, the Times reported last month.

Chinese Spy Balloon Carried Explosives to Self-Detonate Once it Gathered All Vital Intel, Shooting it Down Was for Show

Navy divers are currently retrieving debris from the fallen Chinese spy balloon. A high-ranking general announced that the U.S. is exploring the possibility that the balloon was carrying explosives.
16 HOURS AGO
WSOC Charlotte

3 US tourists, including 1 from SC, stabbed in popular Puerto Rican neighborhood

Three U.S. tourists were stabbed in Puerto Rico early Monday after police said someone told them to stop filming in a renowned seaside community known as La Perla that is popular with visitors.
SOUTH CAROLINA STATE・1 DAY AGO
WSOC Charlotte

A pest control technician thought the call he received was about a dead animal in a home’s walls. But instead of a critter, he found acorns.
SANTA ROSA, CA・1 HOUR AGO
WSOC Charlotte

Sandwiches, wraps and other products are being recalled over Listeria concerns.
VIRGINIA STATE・1 DAY AGO
WSOC Charlotte

Crews continue to search through rubble after a powerful 7.8 magnitude earthquake hit Turkey and Syria on Monday, leveling buildings and leaving thousands of people dead or injured.
2 HOURS AGO