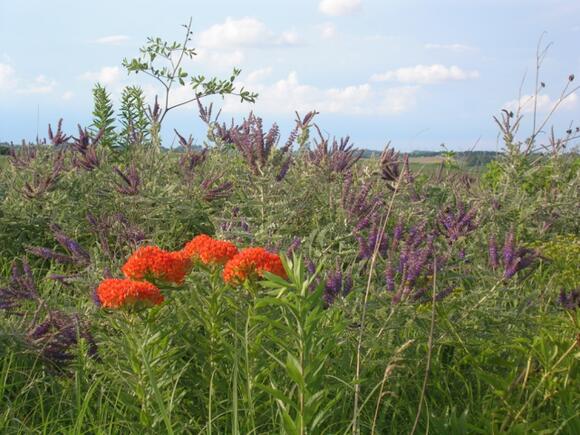 The four-year program, funded by the National Fish and Wildlife Foundation, is aimed at restoring grassland and wetland habitat for at-risk species such as the greater prairie chicken, long-billed curlew and western prairie fringed orchid.

A spokesman with the Game Commission said the voluntary, incentive-based program is not part of the Biden administration’s “America the Beautiful” program — criticized by Gov. Pete Ricketts and Gov.-elect Jim Pillen as a “land grab” by the federal government — but was funded through the bipartisan infrastructure bill passed a year ago.

The Biden administration has rejected the criticism, saying that its expansion of conservation efforts is on a voluntary, incentive-based basis.

The conservation program, the commission said in a press release, will focus on the Sandhills and adjacent areas where wetlands and streams face alteration and channelization.

He knew returning to the family farm was an option when he got out. He also knew he needed to learn modern farm management and business practices to succeed in competitive modern agriculture.
BARTLETT, NE・6 DAYS AGO
KMTV 3 News Now

The cannabis industry is getting ready for recreational cannabis sales to begin in Missouri on February 6.
MISSOURI STATE・2 DAYS AGO
KMTV 3 News Now

A surgeon who was once barred from practicing in Iowa due to allegations of professional incompetence, sexual harassment and unethical conduct has been issued a warning by the Iowa Board of Medicine.
IOWA STATE・18 HOURS AGO
KMTV 3 News Now

Opponents of abortion took to the streets in front of the capitol Saturday for the annual Walk for Life, the first event since the Supreme Court overturned Roe v. Wade last summer.
NEBRASKA STATE・6 DAYS AGO
KMTV 3 News Now

The Iowa Board of Pharmacy has fined an online pharmacy $10,000 and temporarily barred it from filling prescriptions for Iowa patients.
IOWA STATE・6 DAYS AGO