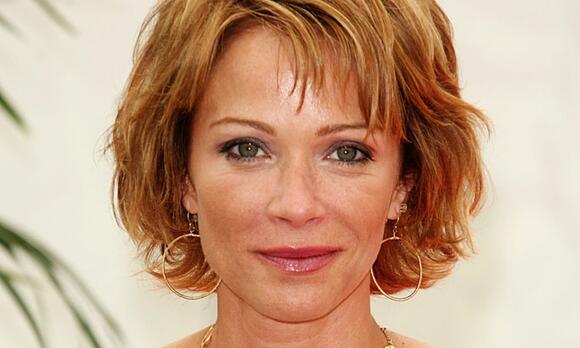 Lauren Holly, who was on NCIS as Jenny Shepard, has taken to the Internet and shared the news of the deaths of her father and brother. Holly talked about her losses of Grant, her father, and Nick, her brother, over on Instagram. She wrote, “I’ve lost my father and my brother in the last two weeks. I just want to say out loud how much I loved them. How much I will miss them. Grant. Nick. Dad. Little Brother. Soar. Hold A. Et all.”

Holly also shared a number of photographs showing her late family members. As a matter of fact, Holly’s post has received an outpouring of love and attention. There have been more than 3,800 “likes” on her post from fans sharing their thoughts and condolences with her, Hello! Magazine reports. One fan wrote, “I’m so sorry for your loss Lauren. My thoughts are with you and your family.” Another fan said, “I’m so sorry for your loss; sending you hugs.” And this one wrote, “What a huge loss, so very sorry.”

Apparently, Grant and Nick also were a part of the world of show business. Grant reportedly was a screenwriter and professor. Nick happened to be a writer for several TV shows. There is no word around the cause of death for both men. But it looks like Holly’s father died first, followed by her brother. A statement on December 10 from Hobart and William Smith Colleges, where Grant worked, said that he was survived by his partner Susie, as well as children Lauren and Nick. This is not the first tragedy to hit the family. Back in 1992, Lauren Holly lost her other brother, Alexander, 14, in a fire. “He was a boy filled with dreams, hopes, and plans,” she said previously.

Holly left the very popular CBS show in its fifth season. Why did she depart from the show? “To be honest, now that the work bug had bitten me again, I got bored with my part of the ‘Director,'” Holly wrote on her website . “Then the decision was made to kill me, and boy did they. About five different ways!” Sometimes, you will read of actors or actresses who get upset over their characters getting killed off or simply written out of shows. In this case, it appears that Holly was all good with her departure. “I wish them all success,” Holly said. “A lot of people depend on it for their families. For that, I hope it continues forever. It probably will. I think of them all often.”

Heartbreaking... so very sorry for your losses... prayers and condolences to your family and friends...may your father and brother now R.I.P. 🙏💔🌹

Lauren Holly has been one of my favorites actresses for a long time. Please accept my condolences on the loss of two family members. It is a very hard hurdle to get over & my prayers for peace, contentment & happy memories

My heart goes out to her. Years ago I lost my brother and daughter within 3 months, it was one of the most heartbreaking times of my life.

A new NASCAR season and there might be the same old problems. Denny Hamlin talked about feeling sick after the Clash. On his plane ride back, the Joe Gibbs Racing driver did not feel too well and had a rough night. While talking on the first episode of his new...
9 HOURS AGO
Outsider.com

NCIS: Los Angeles star Eric Christian Olsen took to Instagram and shared a photo telling the show’s fans goodbye. As you might know, the show has been canceled and will end after 14 seasons. Olsen plays Marty Deeks on the CBS crime drama. Try Paramount+ FREE for a week....
2 DAYS AGO
RadarOnline

Kevin Costner’s Yellowstone will be coming to an end and the actor’s future with the show is up in the air, RadarOnline.com has learned. Earlier today, Deadline broke the story, Paramount + and Yellowstone creator Taylor Sheridan have come up with a plan to end Yellowstone. The parties have decided to launch a Matthew McConaughey-lead spin-off which will continue with the majority of the cast. Sources revealed that Costner has been refusing to commit to a lengthy shooting schedule. Deadline said that Costner originally had agreed to 65 days of shooting for the show. However, for the first part of...
8 HOURS AGO
People

Maria Shriver sought out life advice at a convent after her marriage to Arnold Schwarzenegger ended. During Shriver's appearance on the Making Space with Hoda Kotb podcast Monday, the journalist told host Hoda Kotb that she began feeling like she "had the freedom or permission" to be herself when she filed for divorce from Schwarzenegger in July 2011, after 25 years of marriage.
10 HOURS AGO
DoYouRemember?

The 2023 Grammys kicked off on Sunday, February 5, starring musical artists celebrating musical artists. Several very recognizable names saw their work honored, including Ozzy Osbourne, who took whom two awards that night. But viewers found themselves distracted by Madonna‘s face when the “Like a Prayer” singer took the stage for a special introduction.
LOS ANGELES, CA・16 HOURS AGO
Outsider.com

Never one to hold back on sharing his thoughts, Tim Allen gave his take on the Chinese spy balloon and social media has some thoughts. Try Paramount+ FREE for a week. Subscribe here to watch your favorite shows. Featuring a Chinese lantern in the tweet, Tim Allen wrote, “A close...
MONTANA STATE・2 DAYS AGO
Outsider.com

Well, Rupp Arena has lost one Blue Coat. The ushers are a staple at Kentucky basketball games, but one man just lost his gig. After the ESPN cameras caught Doug giving a rowdy group of Florida Gators fans the bird, the University of Kentucky stepped in. For those that aren’t...
LEXINGTON, KY・13 HOURS AGO
Outsider.com

Nobody will ever “send it” quite like Ross Chastain ever again. NASCAR recently banned the driver’s epic “Hail Melon” move at Martinsville, much to the dismay of race fans. Chastain, though, is taking it in stride. Chastain rode the wall and, quite literally, put the...
2 DAYS AGO
Outsider.com

Sean Payton is wasting no time in getting acclimated to his new role as head coach of the Denver Broncos. The Broncos formally introduced Payton Monday, with much of the conversation centered around quarterback Russell Wilson. Payton is steadfast that Wilson can make improvements after an underwhelming first season in Denver, though it will have to come under the direction of Payton’s coaching staff. Asked if Wilson’s personal quarterback coach — Jake Heaps — would remain involved, Payton took a firm stance.
DENVER, CO・7 HOURS AGO
Outsider.com

Former Pittsburgh Steelers linebacker wondered why his phone was blowing up this weekend. Then he heard about the video ex-teammate and NFL wide receiver Antonio Brown posted. Brown took to social media recently to share that he believed James Harrison gave him CTE while the two were teammates in Pittsburgh. That’s a pretty dangerous allegation to make on Brown’s part.
PITTSBURGH, PA・2 DAYS AGO
Outsider.com

A recent study analyzing surf fatalities, shark attacks, and hurricanes revealed the deadliest beaches in the United States. And to the surprise of absolutely no one, a whopping seven of them are in Florida. Who doesn’t love a beach vacation? The hot sun, the cool, rolling waves, the soft sand...
FLORIDA STATE・1 DAY AGO
Outsider.com

Tonight is all about ringing in the NASCAR season and having a great time in Los Angeles. The stars are out and that includes Gwen Stefani. As the pop star and wife of country singer Blake Shelton got up in the FOX booth, she spilled the beans on Clint Bowyer.
LOS ANGELES, CA・1 DAY AGO
SheKnows

The week of February 6 will change the show forever. Previews don’t get a whole lot tenser than the one that General Hospital has dropped for this week’s episodes. Every time you think your blood pressure can’t get any higher, whoops, there it goes — getting higher still!
19 HOURS AGO
Outsider.com

Last night didn’t end how Bubba Wallace expected. He got turned by Austin Dillon with 8 laps to go and fell from P2 to P22 to finish the Clash. When it comes to a quarter-mile track, there are going to be lots of bumps. But Wallace had an interesting comment after the race that should worry NASCAR.
16 HOURS AGO
Outsider.com

Jesse Lee Soffer is returning to Chicago PD, but unfortunately, he isn’t reprising his role as the Intelligence team’s golden boy Jay Halstead. The One Chicago veteran starred as the straight but not always narrow officer for almost a decade before retiring from the show in the fall of 2022. As the brother of Chicago Med’s Will Halstead, he made his rounds through the franchise and regularly appeared in PD, Fire, and Med.
1 DAY AGO
Outsider.com

Former NFL tight end Kellen Winslow III, who is in prison for sex crimes, is seeking a reduction in his sentence, citing a new criminal reform law in California. The 39-year-old Winslow is representing himself and the petition he submitted was handwritten. But it spells out why he thinks this new criminal justice reform bill applies to his situation. He said he suffered physical trauma, possibly due due to CTE or a mild traumatic brain disorder. Winslow said that trauma played a part in the commission of his crimes. And because of that, “the court is required to impose the lower term (for sentencing considerations).”
CALIFORNIA STATE・2 DAYS AGO