Doctors urge families to look for signs of Alzheimer’s, dementia during the holiday season 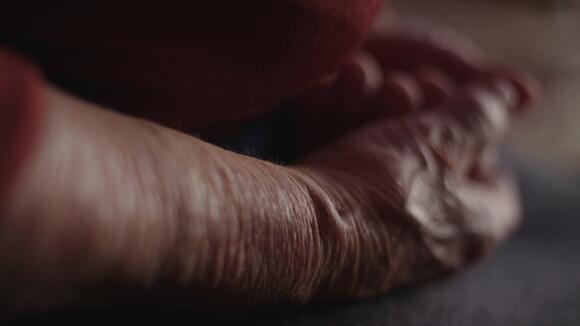 NASHVILLE, Tenn. (WKRN) – With the holiday season officially underway, experts are urging people to look out for signs of a serious illness while spending much-needed time with their family. In Tennessee, there are more than 120,000 people living with Alzheimer’s disease.

“You know, Mom might come in for Thanksgiving, they have not seen her for a period of time, or for Christmas and they might notice a lot more short-term memory issues, word finding, forgetting how to do things that we were able to do before,” said Dr. David Hutchings with BlueSky House Calls .

Dr. Hutchings says around the holidays is the right time to have some of those tough conversations.

What to do if your vehicle loses traction on wintry roads

Catching the early signs of both Alzheimer’s and dementia is key to being a step ahead of the illness. For Dr. Hutchings, it’s a personal cause for him.

“We have it in our family. My sister had some memory issues at a very young age, my father-in-law has Louie Body [dementia], my stepfather has vascular dementia, so it’s something that I feel like I can help families with, and also it’s in my own family too,” said Dr. Hutchings.

News 2 asked what are some signs family members should look out for. He said, “if we see any changes in personality, if we see an increase in short-term memory issues, word finding like we’re trying to say something or complete a thought and we have difficulty doing that.”

Oftentimes, those signs could translate into something more serious, like Silver Alerts. So far this year, the Tennesee Bureau of Investigation has issued nearly 100 Silver Alerts, the majority of them having suffered from Alzheimer’s or dementia. Dr. Hutchings explained, during the holidays the risk of someone going missing could increase.

“If we have patients who have memory issues, they have processing problems, and also with all these people around there’s increased stimuli, which also we see then, we see their anxiety go up, we see depression,” said Dr. Hutchings. “I’ve had several alerts this year, and that’s something I’m always looking for in my patients is that if they are in an assisted-living environment are they a risk to be leaving.”

Irene Cara, who sang hits from ‘Fame’ and ‘Flashdance,’ dies at 63

It’s a constant battle many see and fear every day. Susie Knight explained she and her family had grown used to dealing with her father’s illness. For years, they had worked to make him comfortable, when one day during vacation, her father went missing.

In 2021, Knight’s father went missing out of Jefferson County, and shortly after, a Silver Alert was released.

Knight is now encouraging others to reach out for help when dealing with this illness within family members. She said, “ask for help when you’re dealing with someone, use all the resources that you can. Check with the insurance, check to see if you can get assisted care, and check the whole thing because it is a lot of responsibility.”

This happened to my mom and it's so very sad 😥 and hard. she forgot who I was. I pray hard for families going thur these conditions. because it is so hard to watch them suffer. 😪 may God comfort everyone that has this and the families 👪🙏.

Biden has it no joke ,my father had he acted just like Joe .

NASHVILLE, Tenn. (WJHL) — A Tennessee state senator has filed a bill that aims to increase recycling and decrease landfill usage, with plastic waste the primary target and “chemicals of high concern” within plastics set for particular scrutiny. Sen. Heidi Campbell’s “Tennessee Waste Recycling and Reduction Act” would rely on a state-appointed board and a […]
TENNESSEE STATE・7 HOURS AGO
WJHL

Nurse Caitlyn Kaufman was on her way to work as an ICU nurse at Ascension Saint Thomas West when she was shot and killed on Interstate 440.
NASHVILLE, TN・8 HOURS AGO
WJHL

The Virginia House of Delegates advanced a bill on Monday that would ban transgender women and girls from competing in women's sports at any level in Virginia schools -- but places no restrictions on transgender men.
VIRGINIA STATE・17 HOURS AGO
WJHL

ASHE COUNTY, N.C. (WJHL) – An earthquake shook Ashe County near the Tennessee-North Carolina border Saturday morning. According to the United States Geological Survey (USGS), a 1.8-magnitude earthquake was recorded at 4:09 a.m. near the South Fork New River, close to the Fleetwood area. The earthquake reportedly had a depth of about 2.4 miles. As […]
ASHE COUNTY, NC・1 DAY AGO
WJHL

TENNESSEE (WJHL) – Tennessee leaders from all levels of government have made statements about the Tyre Nichols Memphis police incident. Governor Bill Lee and Senator Marsha Blackburn joined that list. Governor Bill Lee posted on Twitter, “Cruel, criminal abuse of power will not be tolerated in the state of Tennessee. These individuals do not represent […]
MEMPHIS, TN・3 DAYS AGO
WJHL

CARBON COUNTY, Wyo. (WJHL) – A Tennessee man is facing five aggravated homicide charges after police say he caused a fiery multi-car crash in Wyoming. According to a press release from the Carbon County, Wyoming prosecutor’s office, a man identified as Arthur Andrew Nelson of Limestone, Tennessee was traveling in the wrong direction on Interstate […]
LIMESTONE, TN・5 DAYS AGO
WJHL

Schools across Virginia will get less money than they planned for after a miscalculation from the Virginia Department of Education, and lawmakers say the problem can't be fixed quickly.
VIRGINIA STATE・3 HOURS AGO
WJHL

Three different attempts to restrict abortion were blocked by a Senate panel on Thursday.
VIRGINIA STATE・5 DAYS AGO