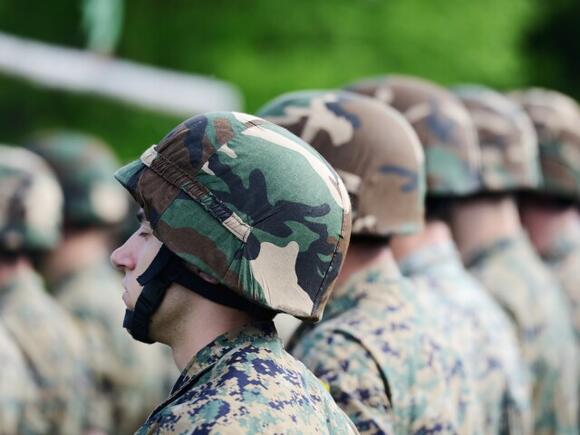 WASHINGTON — The U.S. Department of Veterans Affairs is processing claims at the fastest rate in its history, hoping to avoid a significant backlog as hundreds of thousands of veterans apply for health care and benefits under the landmark toxic exposure law Congress passed earlier this year.

The day after President Joe Biden signed the bill into law in August, veterans set an all-time record for benefits claims filed online, and more than 136,000 have applied for benefits under the toxic exposure law as of mid-November. The VA expects the number of veterans and surviving family members applying could reach more than 700,000 in the coming months.

To address the surge in claims, VA is hiring more employees to provide health care and process applications, but officials do expect an increase in the backlog in the short term.

Joshua Jacobs, who is performing the delegable duties of the VA under secretary for benefits, said in mid-November that the VA is “in a better position to tackle this increased workload” than it was in 2013, when the agency was widely rebuked for letting the backlog swell to more than 600,000.

“For members who followed the claims backlog for that long, you may be asking, ‘Are we about to watch the same story unfold here today?’” he told members of the U.S. Senate at a hearing. “I’m happy to say that today, we are in a better position to tackle this increased workload.”

Jacobs said moving to a paperless system and hiring of thousands more people will help the VA avoid a significant backlog in the months to come as hundreds of thousands of veterans likely will apply for the health care and benefits that are part of the toxic exposure law, known as the PACT Act .

“As we continue to encourage more veterans and survivors to apply for their PACT Act benefits, we do expect an increase to the inventory and the backlog in the short term,” he said at an oversight hearing of the Senate Veterans’ Affairs Committee.

Jacobs noted the VA has gotten the total backlog down to its lowest in years, below 150,000 claims as of this month. He also said the agency is encouraging veterans and eligible surviving family members of deceased veterans now covered under the toxic exposure law to apply before Aug. 10, 2023, on the VA’s website or with an accredited representative at a veterans service organization in order to get the earliest possible effective date.

‘There are going to be hiccups’

Montana Democratic Sen. Jon Tester, chairman of the committee, said everyone expects “there are going to be hiccups” implementing the sweeping law that’s the largest expansion of health care and benefits in the VA’s history.

“Veterans who previously filed claims will now hear of many more of their brothers and sisters joining them in line,” Tester said. “But the VA must ensure that each of them gets the right decision as quickly as possible.”

As more new faces show up in hospital waiting rooms, Tester said, “VA must ensure they get the quality care they deserve.” He also noted that while the panel will work on some new legislation during the next Congress, the committee’s primary focus will be on oversight of the VA.

Kansas Sen. Jerry Moran, the top Republican on the committee, said his main priority for the panel is the “appropriate, sufficient implementation of the legislation” Congress has passed, including the PACT Act.

Shereef Elnahal, under secretary for health, said the VA is working to “reach every veteran who may qualify for new benefits and care to make sure they are aware” of what the toxic exposure law does and how to apply for benefits.

Department leaders are looking to increase staffing to handle the influx of veterans and to start on “groundbreaking new research on toxic exposure,” Elnahal said.

The department is reaching out to more than 300,000 veterans who have put information into the burn pits registry. It plans to hold more than 80 events the week of Dec. 10 to let veterans know about the new law.

A standard toxic exposure screening has been started for veterans going to primary care clinics, and in “just over one week, this clinical screening has already reached 166,000 veterans with over 37% reporting exposures,” Elnahal told the panel.

The VA, Elnahal said, is working on a plan to boost hiring in rural areas, though he told the committee that might be easier if Congress implements a section of the president’s budget request that lifts the $400,000 cap on salaries.

“In order to recruit the right folks — on the physician, dentist and podiatrist side — it’s becoming much more difficult, especially in rural areas, as salaries go up and the health care labor market becomes more difficult,” he said. “And we would be able to pay more innovatively as well, to incentivize the right behavior among these clinicians.”

The Iraq and Afghanistan Veterans of America organization believes that the very beginning of the implementation has gone well so far.

But the organization, which represents more than 425,000 members, says both the VA and the U.S. Department of Defense need to do a lot more to reach all the veterans who are eligible.

“IAVA played a lead role along with our VSO partners in getting this landmark legislation passed into law, so we are greatly vested in its success,” Tom Porter, IAVA executive vice president for government relations, said in a written statement.

“We are encouraged by the energy in the initial roll-out of the new law by VA Secretary McDonough and his team, as well as the commitment to oversight by the House and Senate Veterans Committees,” he said. “All parties, including VSOs, must make every effort to inform veterans of their new benefits.”

Democratic House Rep. Maxine Waters came under fire this week after it was revealed her daughter was paid more than $192k in campaign funds to run the congresswoman’s “slate mailer” operation, RadarOnline.com has learned.Waters’ daughter Karen reportedly earned $192,300 between January 2021 and December 2022 for running her mother’s operation that sees the 84-year-old California congresswoman endorse candidates and ballot measures via political advertisements that are then mailed en masse to residents throughout the state.According to Daily Mail, Waters also received payments for appearing on the slate mailers and her daughter has reportedly collected more than $1.2 million since the...
CALIFORNIA STATE・1 DAY AGO