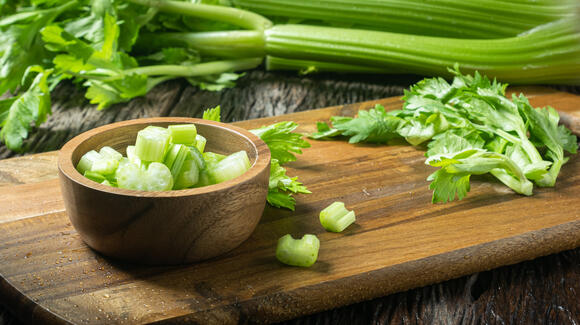 Much is written and discussed about health — for the most part, many people are listening. The quest to eat healthily is admirable, but it's important to understand how certain foods affect the body, especially when it comes to gut health.

Take celery, for example. It has various benefits for health and belongs to the Umbelliferae family, a special plant class that also includes parsnip, carrots, and parsley (via the University of Missouri ). Its name originates from the Greek word selinon, which translates to parsley. The parent of modern celery is thought to date back to the early times of the Mediterranean regions of Europe. As captured by early medieval books, some people consumed it to control hysteria , while others consumed it for relaxation, says the university.

According to LiveScience , one cup of celery contains 30% of the recommended daily intake of vitamin K. The vegetable also contains vitamins like A, B, and C and is a good source of nutrients like folate, potassium, fiber, and molybdenum, per Live Science.

According to Healthline , an unhealthy gut can seriously impact your health. This claim is reiterated by a 2019 study published in the journal Nutrients, which found a link between bad gut health and certain health conditions. These findings demonstrate the need to consume more healthy vegetables like celery. With all these amazing nutrients found in celery, it's correct to assume it might positively impact gut health. 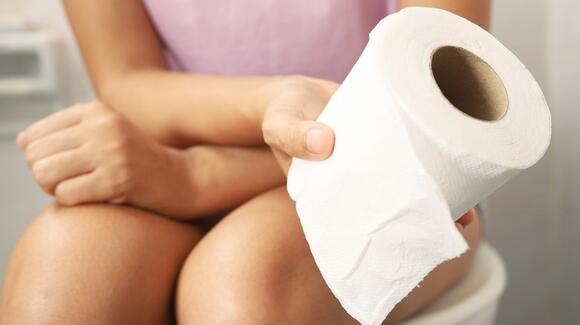 Constipation, a common gastrointestinal complaint in the United States, is characterized by uncomfortable or infrequent bowel movements resulting in the excretion of hard, dry stool less than three times a week (via Johns Hopkins Medicine ). Doctors often recommend dietary and lifestyle changes to treat this condition — a healthy eating plan that includes celery might be handy for your diet modification strategy.

Celery has high water content, which supports digestion. In fact, a single cup of it contains 115 grams of water, says WebMD . According to LiveScience , celery's high water content can help maintain the necessary fluids in the body. This is vital since good hydration helps ease constipation (via Medical News Today ).

Celery is also a great source of fiber — one cup of celery can contain about 1.6 grams of fiber (via Healthline ). Fiber is a plant-based carbohydrate, also known as roughage or bulk, which can't be broken down into digestible sugar molecules. Rather, it passes through the colon intact and promotes regularity in the digestive system, per Healthline.

In addition, a 2021 review published in the Food & Function journal suggests that the probiotic fermentation of celery juice might enhance certain essential ingredients like flavonoids and total polyphenols, while enhancing the number of good bacteria in the gut. 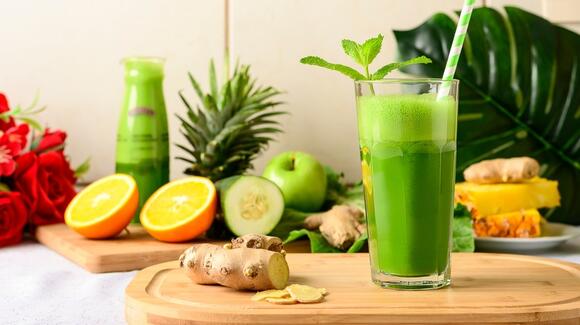 A 2017 study published in the Central European Journal of Immunology revealed luteolin as a potential anti-inflammatory and anti-allergic agent when tested on mice with allergic asthma and rhinitis. Another 2017 review published in the Journal of Evidence-Based Complementary and Alternative Medicine revealed various antioxidant compounds in celery that can help the body fight free radicals while offering various healing effects. In addition to luteolin and apigenin, celery's powerful antioxidant ability is also due to other compounds, including p-coumaric acid, caffeic acid, ferulic acid, tannin, kaempferol, and saponin.

According to Penn State University , the antioxidants in vegetables can neutralize free radicals by breaking them down, rendering them harmless. When concerning gut health, antioxidants, in general, might help protect the body from intestinal oxidative stress by modifying gut bacteria, notes a 2021 review published in the journal Antioxidants. 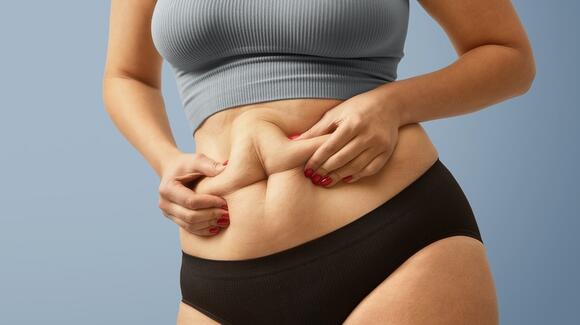 Water retention is a build-up of fluids in body tissues caused by reduced hydration (via Healthline ). Since the body is made up of 50% to 60% water, when you're not getting enough liquids, your body will begin to retain water.

According to the Cleveland Clinic , celery, as a water-based vegetable, is a natural diuretic . In medical terms, diuretics drain water from the body, and often come in the form of water pills, says the clinic. They help the body excrete excess water and sodium. Some people with heart failure and other medical conditions require diuretics to help the body release excess fluids building up.

Ascites is another condition characterized by fluid collection in the abdomen. According to Johns Hopkins Medicine , it can be painful if left without treatment, and it can even set the stage for infections in your stomach. A 2015 study published in the Journal of Ethnopharmacology suggested a relationship between wild celery and ascites. The study was conducted on broiler chickens raised in high altitudes. The results revealed that wild celery seemed to suppress ascites and pulmonary hypertension in the chickens. However, it is unknown whether this would also apply to humans.

It's A Good Addition To Your Weight Loss Regimen 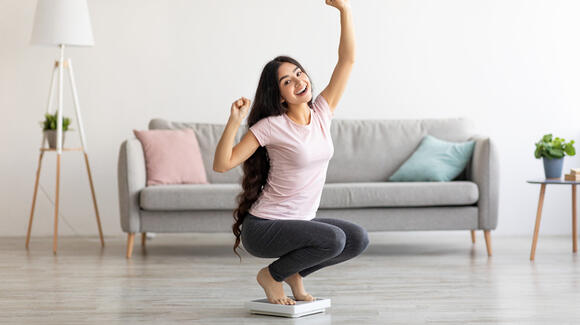 Celery has been touted for its weight loss benefits since it's a low-calorie vegetable that mostly consists of water. According to the U.S. Department of Agriculture , one cup of raw celery contains 14 calories. Since weight is influenced by the calories we consume daily, you significantly reduce your calorie intake by replacing sugary drinks with celery juice, which offers 85 calories per 16 ounces (via Healthline ).

Furthermore, consuming celery juice, especially before meals, can promote fullness. This can essentially curb your appetite, prevent cravings, and keep you full for longer, leading you to consume fewer calories. To complement your weight-loss journey using celery, it helps to keep active and stick to a diet plan containing whole foods, says Healthline. 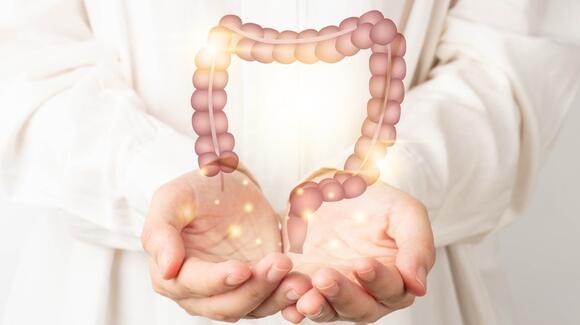 According to a 2007 study published in the Journal of Agricultural and Food Chemistry, the flavonoid content in plants like celery might help protect the body against cancer. Flavonoids are plant-based substances with various health benefits. Because the body can't manufacture flavonoids, you can derive its health benefits by ingesting them through foods like celery.

The potential anti-cancer effects of flavonoids may occur through various mechanisms. According to a 2019 study published in the journal Nutrients, flavonoids might block carcinogen pathways, limiting the spread of gastric cancer. They might also inhibit angiogenesis, reducing blood supply to tumors. Flavonoids might also suppress matrix metalloproteinase (MMP) secretion, which is believed to influence cancer growth.

Lastly, celery might protect the stomach against DNA damage, induce apoptosis, and inhibit the growth of H. pylori, which can damage stomach tissues and the small intestine, causing inflammation, per the study. However, more research is needed.

Read this next: Healthy Snacks That Can Help You Lose Weight

Flaxseed's versatile nature is what makes it so therapeutic. However, it's important to pay attention to the medications that you are taking while consuming it.
2 DAYS AGO
Health Digest

Is Stomach Bloating A Symptom Of A Vitamin D Deficiency?

A bloated stomach can be a symptom of food intolerance, constipation, or PMS. But can stomach bloat also be caused by a vitamin D deficiency? Let's find out.
5 DAYS AGO
Health Digest

How Drinking Black Tea Every Day Affects Your Body

If you're a fan of black tea and find yourself consuming it daily, the effects that it has on your mental and physical health may surprise you.
6 DAYS AGO
Health Digest

Ginkgo Biloba Could Be Dangerous If You Already Take These Medications

Before you consider taking ginkgo biloba, you should make sure you aren't taking any medications that can have a negative interaction with it.
3 DAYS AGO
Health Digest

How Manuka Honey Can Help Improve Your Oral Health

If you're already a good brusher and flosser but looking for more ways to support your oral health, you may want to consider trying manuka honey. Here's why.
2 DAYS AGO
Health Digest

Is A Ruptured Ovarian Cyst Cause For Concern?

Ovarian cysts can cause pelvic pain, abdominal pain, and bloating, but many women do not experience any symptoms. However, this is when you should be concerned.
1 DAY AGO
Health Digest

Walking pneumonia, while mild compared to its traditional counterpart, should still be treated by a medical professional. Here are the symptoms to look out for.
4 DAYS AGO
Health Digest

Bacterial and viral meningitis have some distinct differences between them. Here's what to know about the causes, symptoms, and treatment for each.
3 DAYS AGO
Health Digest

Pistachios aren't just a delicious snack, they also have certain health properties that can aid in weight management. Here's what to know.
2 DAYS AGO
Health Digest

Can You Overdose Just By Touching Fentanyl? A Substance Use Expert Weighs In

To find out if one can overdose on fentanyl through physical contact, we spoke to Megan Tangradi, clinical director at Achieve Wellness & Recovery.
1 DAY AGO
Health Digest

In an exclusive interview with Health Digest, Jamie Feit, MS, RD, breaks down which 3 daily supplements you should incorporate into your routine and why.
2 DAYS AGO
Health Digest

Pregnancy takes a toll on the body, particularly if you've been diagnosed with preeclampsia. Here's how your heart health may be affected after preeclampsia.
5 DAYS AGO
Health Digest

What Happens To Your Body When You're Taking Antibiotics

A major part of modern medicine, antibiotics have saved millions of lives. But what happens to your body when you take them - or worse, when you misuse them?
4 DAYS AGO
Health Digest

Registered Dietitian Explains When Too Much Protein Can Become A Problem

In an exclusive interview with Health Digest, registered dietitian Jamie Feit weighed in on when consuming excessive amounts of protein can be a problem.
5 DAYS AGO
Health Digest

When Should You Become Concerned About Acid Reflux?

For some, treating acid reflux may consist of some over-the-counter medication. However, knowing when it can turn into something more serious is crucial.
2 DAYS AGO
Health Digest

How Sunlight Can Help Your Jaundiced Newborn

Infant jaundice isn't necessarily an immediate cause for concern. Here's what you need to know about this common condition.
1 DAY AGO
Health Digest

Is It Safe To Sleep On Your Stomach While Pregnant?

You likely already have a preferred sleeping position, whether it's on your side, back, or stomach. But which of these is ideal for women who are pregnant?
2 DAYS AGO