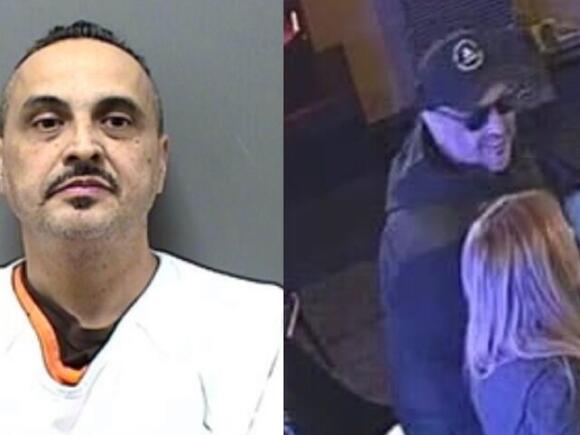 The family of Kim Mikulance, the 55-year-old woman who died on Tuesday and has been linked to the Racine dating app suspect, has released a statement asking for prayers and vigilance.

Mikulance, also known as Raina, was hospitalized last Thursday after she went unconscious inside Powers on 10th. It happened just moments after she and a man, who police believed
to be 52-year-old Timothy Olson, ordered drinks at the bar.

According to the Racine Police Department, Olson, who quickly left the mom of two inside the bar, is linked to a number of crimes against women including in Racine where he drugs them and steals their money.

Police in Racine have put out several alerts about Olson, but he has not yet been found. South Milwaukee police say they're awaiting autopsy results from the medical examiner's office to officially determine Rain's cause of death. However, they are also looking for Olson as a person of interest in connection to her death.

TMJ4 has been closely following this case, and has received a statement from Raina's family:

"We are deeply saddened by the recent events that transpired and ask for patience, grace, respect for our privacy and compassion while we as a family navigate the aftermath of the events that occurred on Nov 17th that ultimately lead to the tragic passing of a beloved daughter, Mother, Grandmother and friend. Kim (also known as Raina or Rain) had an absolute infectious personality, a smile that lit up a room, a rare zest for life and a strength that was immeasurable.

She made friends wherever she went, was an avid advocate for animal rescues (she had a soft spot for cats-and that compassion extended to creating outdoor shelters and providing food for the stray animals in her neighborhood) worked as a caretaker most of her adult life, and had a passion and talent for singing frequenting local establishments for karaoke. She is survived by her parents, four sons, 8 grandchildren, and one great grandchild. She loved her family fiercely and was always willing to help family/friends in need. We are devastated over her untimely passing and are in disbelief that the world is without this kind, generous and beloved soul.
The details of that afternoon are still coming together slowly, and we plead that anyone who has any information regarding Timothy Olson (also known as Rico) or his whereabouts come forward, as he was the last person Kim was with before her medical emergency. No woman should live in fear, or have their life taken in such a horrific manner at the hands of another person.

We would like to thank the first responders, medical staff at Advocate Aurora St. Luke’s Medical Center, patrons and employees of Powers on 10th for their services as well as everyone in the community who has supported the efforts in bringing this tragedy to light and assisting law enforcement. We ask that you continue to be vigilant and keep our family in your prayers."

Olson is described as being 6'03" and weighing around 250 pounds. Olson has an arrest warrant on him for five counts of Felony Personal ID Theft-Financial Gain out of the Mt. Pleasant Police Department.

Racine police also want to speak with Olson "about a similar incident out of our jurisdiction." Olson has connections to Wisconsin and northern Illinois.

How to report information to authorities

If you have been victimized in this way or if you have any additional information about this incident the Racine Police Department Investigations Unit would like to speak to you. Any witnesses, or citizens with information, are urged to call the Racine Police Department Investigations Unit at (262) 635-7756.

There is a special place in HELL for him if he did it. Hopefully if convicted somebody in prison will speed up the introduction

A Wisconsin program that started during COVID to offer emergency rental assistance comes to the end at the state level. However, Milwaukee and Waukesha Counties plan to keep theirs going.
MILWAUKEE COUNTY, WI・36 MINUTES AGO
TMJ4 News

Milwaukeeans joined others in a nationwide show of solidarity following the death of Tyre Nichols in Memphis.
MILWAUKEE, WI・1 DAY AGO
TMJ4 News

Safe & Sound Milwaukee is using a locally produced video to deter youth from reckless driving. The roughly 8-minute video that they are showing in area schools is called Project 943.
MILWAUKEE, WI・4 HOURS AGO
TMJ4 News

After being sentenced to 40 years and spending 20 in prison, Ed Hennings is on his third business endeavor; but it all started in 2016, once he was released.
MILWAUKEE, WI・22 HOURS AGO
TMJ4 News

Racine police identified the 74-year-old man who was killed in a house fire in Racine over the weekend as Johnnie Edison.
RACINE, WI・1 DAY AGO
TMJ4 News

WATCH: Kenosha County deputy saves fleeing suspect from being hit on I-94

A Kenosha County deputy saved a suspect who was fleeing from law enforcement after crashing a stolen car on I-94 Monday morning.
KENOSHA COUNTY, WI・1 DAY AGO
TMJ4 News

The Milwaukee Police Department is warning of a "crime trend" of armed robberies and car break-ins occurring in the city's downtown entertainment areas.
MILWAUKEE, WI・3 DAYS AGO
TMJ4 News

A 59-year-old Milwaukee woman was shot and killed near 15th and Becher on Thursday. The homicide happened around 8 p.m. The woman died from her injuries at the scene.
MILWAUKEE, WI・4 DAYS AGO
TMJ4 News

The defense rested its case and jury deliberations could soon begin in the retrial of Mark Jensen, the Kenosha man accused of poisoning his wife with anti-freeze.
PLEASANT PRAIRIE, WI・22 HOURS AGO
TMJ4 News

Milwaukee firefighters responded to a house on fire near 57th and Sheridan early Monday morning, according to a spokesperson.
MILWAUKEE, WI・1 DAY AGO
TMJ4 News

A 65-year-old Milwaukee man died Monday after police say the car he was in was struck by a driver in a stolen car who was speeding and ran a red light.
MILWAUKEE, WI・1 DAY AGO
TMJ4 News

MPA responds after 4 Milwaukee officers arrested, charged with crimes in a week

1-year-old dies after woman steals mother's car with baby inside, and crashes

The people in the other car involved in the crash ran from the scene. Police are still looking for them.
MILWAUKEE, WI・1 DAY AGO
TMJ4 News

One killed in shooting near 36th and Lisbon

The shooting happened near 36th and Lisbon around 6:28 a.m. According to Milwaukee police, the victim, a 46-year-old man, died on the scene.
MILWAUKEE, WI・3 DAYS AGO
TMJ4 News

The 46-year-old man accused of shooting at a Milwaukee home eight times while people were inside has been released from jail after posting bail.
MILWAUKEE, WI・3 DAYS AGO
TMJ4 News

Police responded to a possible hostage situation near 74th and Oklahoma in Milwaukee on Thursday, according to Milwaukee Police Department's calls for service records.
MILWAUKEE, WI・4 DAYS AGO
TMJ4 News

Wind Chill Advisory is in effect until 10 a.m. Tuesday

Wind chills are already well below zero this evening and they'll eventually dip into the 20s below zero overnight. A wind chill advisory goes into effect for all of southeast Wisconsin until 10 am.
MILWAUKEE, WI・1 DAY AGO
TMJ4 News

A man who is charged with killing six people in a botched robbery was found incompetent to stand trial Friday and his case was suspended, court records show.
MILWAUKEE, WI・3 DAYS AGO