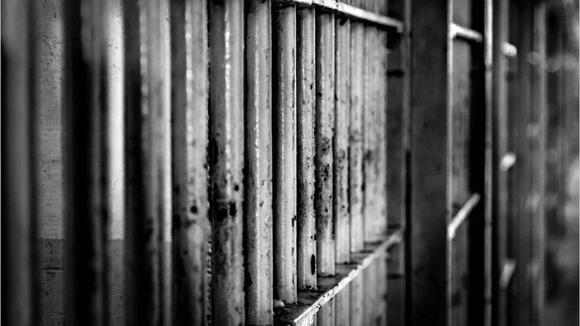 KANSAS CITY, Mo. — A federal judge rejected a request from a 19-year-old Missouri woman to attend her father’s execution on Tuesday in Missouri.

U.S. District Judge Brian Wimes ruled that a state law barring Corionsa “Khorry” Ramey from being present because of her age is constitutional, WDAF-TV reported.

Ramey is the daughter of condemned inmate Kevin Johnson, 37, who is scheduled to die by lethal injection for the 2005 killing of William McEntee, a police officer in Kirkwood, Missouri, according to the television station.

It would be the 14th execution in the U.S. this year but the first of three planned in Missouri, The Associated Press reported. The other two in the state are scheduled for early next year, according to the news organization.

Last week, the American Civil Liberties Union filed an emergency motion with a federal court in Kansas City. The ACLU’s court filing said the law barring people under 21 from attending an execution in Missouri serves no safety purpose and violates Ramey’s constitutional rights.

“By singling out adults younger than 21 such as Ms. Ramey, without any rational relationship to a legitimate governmental or penological interest,” the ACLU’s lawsuit stated.

The complaint added that state law “violates the U.S. Constitution’s guarantee of equal protection of the laws under the Fourteenth Amendment and the right of freedom of association under the First Amendment.”

Johnson has been in prison since Ramey was 2, according to NBC News. He was 19 when he fatally shot McEntee.

Officials said that Johnson was angry and believed police did not do enough to save his brother, who had died earlier that day of a congenital heart condition.

Johnson ambushed McEntee, 46, who was in his car on the night of July 5, 2005, firing several shots from the passenger side of the vehicle, the St. Louis Post-Dispatch reported. Wounded, McEntee drove away and crashed the car about 200 feet away.

Assisted by neighbors, McEntee was able to exit his vehicle. He was on his hands and knees when Johnson walked up and shot him two more times, according to the newspaper. McEntee was struck by seven bullets in total, police said.

In a statement, Ramey said she was “heartbroken” that she was barred from being with her father during his execution.

“My dad is the most important person in my life. He has been there for me my whole life, even though he’s been incarcerated,” Ramey said. “He is a good father, the only parent I have left. He has worked very hard to rehabilitate himself in prison. I pray that Gov. (Mike) Parson will give my dad clemency.”

Ramey said she called her father weekly, visited him in prison and credited him with pushing her to continue her education, NBC News reported. She now works as a nursing assistant, and in September gave birth to her first child, Kiaus.

Ramey said she brought Kiaus to the prison to meet Johnson.

“It was a beautiful but bittersweet moment to me because I realized it might be the only time my dad would get to hold (his) grandson,” Ramey said in a statement.

“We are heartbroken for Khorry. Every aspect of this case is a tragedy, but we promise Khorry that we are not done fighting for her father,” Shawn Nolan, an attorney for Johnson, said in a statement.

Man executed in Missouri after killing live-in girlfriend, her three young children in 2004

A man in Missouri who was convicted of killing his live-in girlfriend and her three children in 2004 has been executed.
JENNINGS, MO・12 HOURS AGO
The Independent

Two children who were allegedly kidnapped by their mother 11 months ago from their home in Missouri have been found by police in a grocery store in Florida. Police in High Springs, 20 miles northwest of Gainesville, said they located Adrian Gilley, 12, sister Brooke, 11, and their mom Kristi Nicole Gilley, 36, shopping in a Winn Dixie store on 1 February after running a routine vehicle license check.The two children, whose descriptions had been listed on the National Center for Missing and Exploited Children database, were wearing disguises, police said. Ms Gilley, described as the children’s “non-custodial mother,”...
HIGH SPRINGS, FL・1 DAY AGO
Law & Crime

More than three years after Tiereney Nicole Anderson was shot and killed at the age of 34, a jury in Harris County, Texas, found her husband guilty of murder. The Harris County District Attorney’s Office said that Mark Anderson, 36, not only committed the slaying but also shot himself at the crime scene in a transparent effort to blame the victim for her own death.
HARRIS COUNTY, TX・1 DAY AGO
The Independent

One of the victims in the Idaho murders reportedly fought the attacker before she was killed. Sources close to the investigation told NewsNation that slain University of Idaho Xana Kernodle had suffered wounds to her fingers after “repeatedly grabbing” the knife from the killer during the 13 November attack. Kernodle’s boyfriend Ethan Chapin and her roommates Madison Mogen and Kaylee Goncalves were also murdered that night. Washington State University criminology PhD student Bryan Kohberger has since been charged with the slayings. Last week, the Goncalves family’s attorney Shanon Gray appealed a gag order in the case that he described...
IDAHO STATE・2 DAYS AGO
WSOC Charlotte

Jurors at Alex Murdaugh’s double murder trial in South Carolina will get to hear evidence about what crime scene technicians discovered when they tested a rain jacket found three months after his wife and son were killed, a judge ruled Tuesday.
COLLETON COUNTY, SC・15 HOURS AGO
WSOC Charlotte

In December, a woman said a con artist who claimed to be with Amazon took her entire life savings.
FORT MILL, SC・15 HOURS AGO
WSOC Charlotte

Chinese spy balloon: Here is a timeline of events

The dramatic takedown of what U.S. military officials have called a Chinese spy surveillance balloon took a long, meandering trip across the U.S., from the tip of the Aleutian Islands to its demise off the South Carolina coast.
KANSAS STATE・3 DAYS AGO
WSOC Charlotte

Public school teachers in North Carolina would be required to alert parents before they call a student by a different name or pronoun, under a bill passed by the Republican-controlled state Senate on Tuesday.
NORTH CAROLINA STATE・1 DAY AGO
Daily News Now

Several advocacy groups have reportedly filed an ethics complaint against Senator Kyrsten Sinema, alleging that the Arizona senator has been using her staff to conduct tasks that are unrelated to their jobs and instructing them to advance their own money for her personal purchases.
ARIZONA STATE・19 HOURS AGO