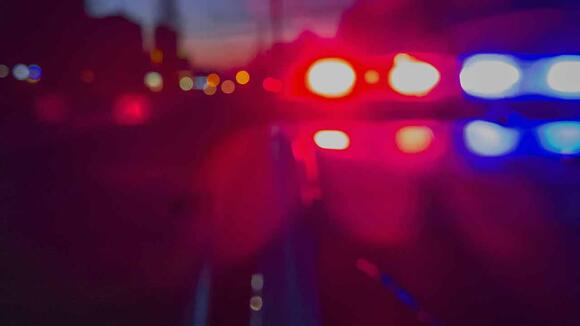 CHICAGO — A woman was killed and a boy was injured in a drive-by shooting in the city’s Jeffery Manor neighborhood Friday night.

The 42-year-old woman and 14-year-old boy were walking through a parking lot at the 2300 block of East 100th Street around 8:24 p.m. in the Jeffery Manor neighborhood when a black SUV approached them and an unknown individual fired shots at them.

The woman sustained a gunshot wound to the hip and was transported to the University of Chicago medical Center in critical condition. She was pronounced dead a short time after.

4 shot, two dead in shooting at gathering on Far South Side

The boy sustained a gunshot wound to the shoulder and was transported to Comers Children’s Hospital in good condition.

No one is in custody and police are investigating the incident.

I hope they find the cowards responsible for this. RIP to the woman and a speedy recovery for the child. Senseless.

CHICAGO — A 52-year-old man and three-year-old boy were injured in a drive-by shooting in the city’s Back of the Yards neighborhood early Saturday morning. Police say the man has his car parked near the 5400 block of South Damen Avenue around 2:00 a.m. with the boy sitting in the back seat when an individual in […]
CHICAGO, IL・1 HOUR AGO
WGN News

Man, woman found shot to death inside South Side home

Police are investigating the deaths as homicides.
CHICAGO, IL・13 HOURS AGO
WGN News

No one is in custody.
JOLIET, IL・10 HOURS AGO
WGN News

Woman killed when two vehicles collide, crash into her in South Austin

Both vehicles fled the scene and no one is in custody.
CHICAGO, IL・9 HOURS AGO
WGN News

CHICAGO — Police are searching for two men who robbed a Walgreens at gunpoint in Hyde Park. The incident happened around 2:10 a.m. Friday at the drugstore located on the 1500 block of East 55th Street. Police said two men entered the store with handguns and announced a robbery. The men took the cash drawer […]
CHICAGO, IL・23 HOURS AGO
WGN News

CHICAGO — A delivery driver was robbed and carjacked at gunpoint Thursday in the city’s Lakeview neighborhood. Police said a 32-year-old man was delivering food around 2:30 a.m. in the 1600 block of West Belmont Avenue, when two men exited a black sedan and demanded his property at gunpoint. The men stole an unknown amount of […]
CHICAGO, IL・1 DAY AGO
WGN News

CHICAGO — Two men are in custody for robbing two convenience stories on the city’s South Side early Friday morning. According to CPD, the men entered a convenience store at the location of 2400 block of West 103rd Street around 2:11 a.m. and announced a robbery. They took an unknown amount of USC and cigarettes […]
CHICAGO, IL・1 DAY AGO
WGN News

Man’s vehicle stolen from South Side gas station with 6-year-old grandson inside: police

CHICAGO — Police are searching for the offenders who stole a 52-year-old man’s vehicle from a South Side gas station with his 6-year-old grandson still inside. Police said the incident happened just before 8 a.m. Thursday in the 6600 block of South Wentworth in the Englewood neighborhood. The man told WGN he was driving his […]
CHICAGO, IL・1 DAY AGO
WGN News

CHICAGO — Chicago police are looking for a missing 14-year-old girl last seen Monday on the city’s South Side. Nicole Marquez is described as being about 5 feet 3 inches tall, weighing about 95 pounds, with brown eyes and black hair, according to the Chicago Police Department. Police said she was last seen wearing black […]
CHICAGO, IL・1 DAY AGO
WGN News

CHICAGO — A fire destroyed a longtime catering business on Chicago’s Southwest Side Friday. The Chicago Fire Department was called to Georgis Catering, located at 6339 South Central Avenue, not far from Midway Airport, just before 12:30 a.m. Heavy smoke and flames could be seen shooting through the roof in the early morning hours as […]
CHICAGO, IL・1 DAY AGO
WGN News

HIGHLAND PARK, Ill. (AP) — Prosecutors told a judge Thursday that they are presenting evidence to a grand jury for a possible indictment against the father of the man charged with fatally shooting seven people at the Highland Park Fourth of July parade. Robert Crimo Jr., 58, was arrested in December on seven felony counts of reckless conduct. […]
HIGHLAND PARK, IL・1 DAY AGO
WGN News

WAUKEGAN, Ill. — A man is dead from a self-inflicted gunshot wound when police attempted to arrest him for vehicle theft Wednesday afternoon, according to the Waukegan Police Department. Waukegan Police responded to a call of a stolen car from a currency exchange at the 3200 block of Grand Avenue around 2:11 p.m. Police say […]
WAUKEGAN, IL・1 DAY AGO
WGN News

CHICAGO — A large high-rise fire in Kenwood Wednesday killed one resident and sent eight others to the hospital. The fire was reported just after 10 a.m. at the Harper Square Cooperative, located in the 4800 block of South Lake Park. The fire grew to nine floors at one point before being contained. At around […]
CHICAGO, IL・2 DAYS AGO
WGN News

CHICAGO — One person is dead, nine people are injured and nearly 50 people are displaced after a high-rise apartment fire Wednesday in Chicago. The fire happened at the Harper Square Cooperative in the 4800 block of South Lake Park. Residents who watched the fire spread through the building said the whole day has been […]
CHICAGO, IL・2 DAYS AGO
WGN News

AURORA, Ill. — Police have located a missing 14-year-old boy in Aurora. The boy was reported missing on Jan. 23 and located on Jan. 25. Anyone with information on his whereabouts is asked to call police at 630-256-5000.
AURORA, IL・2 DAYS AGO
WGN News

CHICAGO — The Kenwood high-rise apartment building that caught fire Wednesday afternoon, leaving a woman dead and multiple people injured and displaced has had a history of unaddressed safety violations. The fire erupted at Harper Square starting on the 15th floor spreading all the way to the 24th floor. Firefighters believe the fire started in […]
CHICAGO, IL・2 DAYS AGO