Police: 16-year-old stabbed by another teen during dispute inside Staten Island Mall 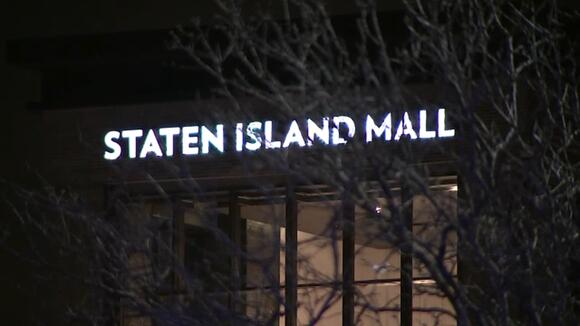 A 16-year-old was stabbed by another teen after a verbal dispute inside the Staten Island Mall on Friday. The victim was stabbed in the abdomen just before 8 p.m. by a 16-year-old male suspect, who has since been taken into custody by police. Charges are currently pending. The victim was taken to Richmond University Medical Center in stable condition. A knife was recovered at the scene. The investigation is ongoing. MORE NEWS | How to avoid scams during Black Friday and the holidays

As the holiday season gets underway, the Department of Justice and the Attorney General's Office wants to help you avoid scams.

Man times have changed 😪 When we were kids the SI mall was a great place we hung out at..what shame how someone always has to one up the other n go to the extreme..

This is how sensitive people have become and it’s so sad. Can’t even get into a shouting match anymore without being brutally attacked. Definitely homies too

Nyheem Wright is believed to have been stabbed in the torso after standing up for a girl earlier this month.
BROOKLYN, NY・7 HOURS AGO
ABCNY

The man walked up to the main entrance of Temple Ner Tamid in Bloomfield around 3 a.m. and threw the Molotov cocktail at the shatter-proof doors.
BLOOMFIELD, NJ・17 HOURS AGO
ABCNY

It happened Friday night at Trinity Episcopal Church in Asbury Park during what was described as an anti-racism event.
ASBURY PARK, NJ・2 HOURS AGO
ABCNY

Police search for gunman who shot man on subway in Chinatown

NewsCopter 7 was overhead where smoke could be seen pouring from the roof.
BRONX, NY・5 HOURS AGO
ABCNY

2 dead in BMW crash on Belt Parkway in Queens

Police say the white BMW was traveling east on the parkway when the driver lost control and slammed into a divider.
QUEENS, NY・2 HOURS AGO
ABCNY

Victim dies as result of car fire in Bayswater: Officials

Officials say the incident happened at around 2:30 p.m. at the intersection of Mott Avenue and Bay 25 Street.
QUEENS, NY・1 DAY AGO
ABCNY

1 killed, 2 others injured in Bronx fire

The fire started just after 2 p.m. Sunday at the building on Evergreen Avenue in Soundview.
BRONX, NY・19 HOURS AGO
ABCNY

One person was killed and several others were injured in a shooting in Newark.
NEWARK, NJ・3 DAYS AGO
ABCNY

2 dead, 1 injured in horrific accident in New Dorp that split car in half

Since December, at least 10 whales have been stranded on beaches in New York and New Jersey -- with the majority being along the Jersey Shore.
NASSAU COUNTY, NY・1 HOUR AGO
ABCNY

Police say Anthony Stuckey had just dropped students off at West Caldwell Tech High School and was the only one on the bus at the time.
WEST CALDWELL, NJ・3 DAYS AGO
ABCNY

Colinford Mattis, appearing in federal court, was also ordered to pay just over $30,000 to the New York Police Department for the destroyed vehicle.
NEW YORK CITY, NY・3 DAYS AGO
ABCNY

Fire burns through roof of Upper East Side building

FDNY members are battling a fire that broke out at a building on the Upper East Side on Monday.
MANHATTAN, NY・37 MINUTES AGO
ABCNY

Nyheem Wright's heartbroken mom says there are lessons here for a neighborhood that has struggled with youth violence.
BROOKLYN, NY・5 DAYS AGO
ABCNY

Mayor Eric Adams announced a week ago plans to set up a one thousand-bed facility in Brooklyn for the migrants. This weekend, they began moving men there - but not without controversy.
BROOKLYN, NY・19 HOURS AGO
ABCNY

This attack happened amid dueling demonstrations over the deadly conflict between Israel and Hamas, the Palestinian militant group ruling the Gaza Strip.
BROOKLYN, NY・4 DAYS AGO
ABCNY

3 fall into sinkhole outside home in Huntington Station

Police officers and a good Samaritan pulled out one person, but the other two needed a ladder to climb out.
HUNTINGTON, NY・4 DAYS AGO
ABCNY

The shooting appears to be a domestic dispute that led to tragedy.
JERSEY CITY, NJ・6 DAYS AGO