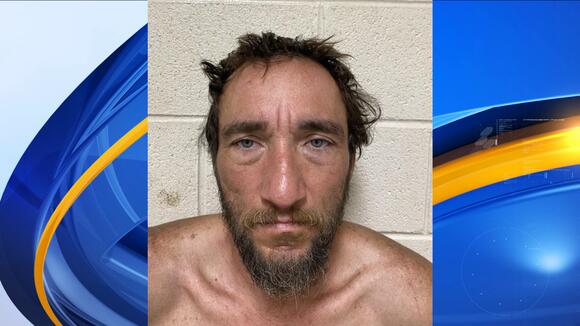 PRICEVILLE, Ala. (WHNT) — A man was arrested last week after he ran from law enforcement and was found with drugs while being booked, according to Priceville Police .

Police claim 45-year-old Eugene Gallegos was walking on Berry Road around 10:30 p.m. on Friday, November 18. Once his identity was confirmed, officers say they discovered Gallegos has a warrant out for his arrest with the Somerville Police Department.

Officers say they made contact with Gallegos, who then fled. He was “quickly apprehended.”

Police claim Gallegos was found with drug paraphernalia, and later when he was being booked into the Morgan County Jail, his civilian clothes were taken and a “plastic baggie containing a crystal-like substance was located in that clothing.”

Gallegos was charged with drug paraphernalia possession, attempting to flee and elude, and promoting prison contraband.

Somerville Police placed a hold on Gallegos, and he was held in lieu of a $3,500 bond.

A traffic stop by the Decatur Police Department (DPD) resulted in a man's arrest on Thursday.
DECATUR, AL・22 HOURS AGO
WHNT News 19

Two men were arrested after officers with the Narcotics Unit found over 13 grams of meth, narcotics, and paraphernalia in a Caddo home, according to the Lawrence County Sheriff's Office.
LAWRENCE COUNTY, AL・1 DAY AGO
WHNT News 19

The robbery occurred at the PNC Bank located on Country Club Avenue on Wednesday around 3 p.m.
HUNTSVILLE, AL・1 DAY AGO
WHNT News 19

Investigators with the Huntsville Police Department are asking for the public's help in identifying a man believed to be involved with an arson.
HUNTSVILLE, AL・1 DAY AGO
WHNT News 19

One man is behind bars after authorities said he robbed his neighbor, dragged him out of the house and shot at him.
PISGAH, AL・2 DAYS AGO
WHNT News 19

Florence Police are asking for the public's help locating a domestic violence suspect who has multiple warrants out for his arrest.
FLORENCE, AL・2 HOURS AGO
WHNT News 19

A Madison County Corrections Officer was injured after an inmate assaulted them, according to officials.
MADISON COUNTY, AL・2 DAYS AGO
WHNT News 19

One dead, one injured in Limestone County crash

In a letter penned to the judge, Stovall said she has remained in the jail for seven years - and is ready to either take a plea deal or go to trial.
TRINITY, AL・2 DAYS AGO
WHNT News 19

Huntsville Police Department (HPD) and other police departments around Alabama and Tennessee have released a statement in reaction to the death of Tyre Nichols in Memphis.
HUNTSVILLE, AL・12 HOURS AGO
WHNT News 19

HPD: Only one person now wanted in connection to PNC Bank robbery

Police are searching for one person after a robbery at a PNC Bank in Huntsville on Wednesday.
HUNTSVILLE, AL・2 DAYS AGO
WHNT News 19

A Madison County man was arrested Tuesday and charged with robbing multiple banks — and allegedly admitted to the recent Regions Bank robberies in Madison and Huntsville.
HUNTSVILLE, AL・2 DAYS AGO
WHNT News 19

SUV collides with house in Limestone County, no injuries reported

A vehicle ran into the side of a home in Athens Wednesday.
LIMESTONE COUNTY, AL・2 DAYS AGO
WHNT News 19

The violence has taken place across the national map, including two mass killings in California in the past three days, and, here in Madison County at a birthday party that saw 11 people shot -- two of them killed -- on Jan. 8.
MADISON COUNTY, AL・2 DAYS AGO
WHNT News 19

The Moores Mill area is safer now thanks to new equipment acquired by the local fire department.
MOORES MILL, AL・15 HOURS AGO