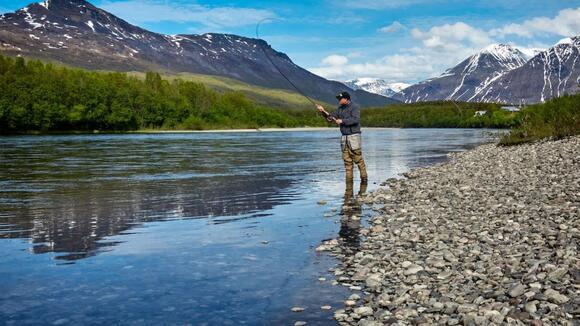 WESTERN STATES — Conservationists have notified U.S. wildlife officials that they will sue over delayed decisions related to protections for two rare fish species that are threatened by groundwater pumping in the drought-stricken West.

The Center for Biological Diversity sent a formal notice of intent to sue the Fish and Wildlife Service last week over the Fish Lake Valley tui chub near the California-Nevada line and the least chub in southwest Utah.

Utah and Nevada are the driest states in the country, and the lawsuits are among the many fronts on which conservationists are battling water districts and the users they cater to over plans to siphon water to either maintain or expand consumption.

The outcome of the court fights will likely have major implications for states’ parched valleys and the people and species that inhabit them.

The group seeking federal listings under the Endangered Species Act says the high-desert springs where the minnows live are threatened by water allocations for traditional agricultural use as well as urban development plans.

The Fish and Wildlife Service belatedly concluded in August there was enough evidence the tui chub in Nevada was at risk of extinction — primarily due to over-pumping of water for farms and ranches — to warrant a yearlong review to determine if it should be listed.

The so-called 90-day finding had been due in June 2021, three months after the center petitioned for the listing. The center also noted in its Nov. 15 letter to the agency that the yearlong review should have been done in March.

Fish and Wildlife Service officials did not immediately respond to a request for comment Wednesday. The agency acknowledged in its August finding that the petition “presents substantial scientific or commercial information indicating that listing the Fish Lake Valley tui chub as an endangered or threatened species may be warranted.”

The only place in the world that the 5-inch-long, olive-colored tui chub still exists is in a basin in Esmeralda County between Reno and Las Vegas.

“The Fish Lake Valley tui chub is staring extinction in the face because of the catastrophic overuse of groundwater in its native range,” said Patrick Donnelly, Great Basin director at the Center for Biological Diversity.

Lake Valley’s groundwater levels have declined as much as 2.5 feet (76 centimeters) per year over the past half-century, causing a cumulative drawdown of more than 75 feet (23 meters) since 1973, the listing petition said.

Donnelly said active geothermal leases and lithium claims nearby, if developed, also could put the springs at risk.

In Utah, more than half the remaining wild populations of the least chub are jeopardized by proposed groundwater pumping to support growth in Cedar City, about 170 miles (270 kilometers) northeast of Las Vegas.

The group petitioned to list that 2-inch-long, gold-colored minnow in September 2021, citing threats posed by the Pine Valley Water Supply Project. An initial finding and 12-month review for that species also are past due, the group said.

Once widely distributed in Utah’s Bonneville Basin, the least chub has only seven remaining wild populations and about a dozen refuge populations where it’s been reintroduced.

“Significant habitat loss and alteration, as well as competition and predation from non-native species, have driven this species close to extinction,” the center wrote.

Officials from Utah’s Central Iron County Water Conservancy District want to spend roughly $260 million to lay about 70 miles (110 kilometers) of buried pipes to transport water from an aquifer below the Pine Valley, an undeveloped, rural swath north of the district’s population center in Cedar City. They say limits on their local groundwater supply and an influx of new residents require they diversify their water supply to prepare for the future.

District General Manager Paul Monroe said a review of groundwater assessments found any impacts on the springs would be “less than significant.”

The project has been opposed for decades by neighboring Beaver County, Native American tribes, some ranchers and Nevada counties worried that siphoning water from Pine Valley will affect nearby aquifers.

UTAH — This year’s above-average snow totals have been a plus for many areas of Utah, but it hasn’t come without its downsides. Local wildlife continues to have problems trying […]
UTAH STATE・1 DAY AGO
TownLift

UTAH — Air quality issues continued to worsen this weekend, with Cache County reaching the poorest air quality of the inversion cycle at 111.2 micrograms per cubic meter on Sunday. […]
UTAH STATE・2 DAYS AGO
TownLift

UTAH — With gas prices again rising in Utah, Governor Cox issued a statement that conveyed his concern with a particular interest in Utahns already struggling to make it by […]
UTAH STATE・1 DAY AGO
TownLift

WASHINGTON (AP) — Fifteen Native American tribes will get a total of $580 million in federal money this year for water rights settlements, the Biden administration announced Thursday. The money […]
ARIZONA STATE・4 DAYS AGO
TownLift

UTAH — While most of the winter season has seen few instances of poor air quality, that cannot be said for the current conditions. Inversion has set in, leaving multiple […]
UTAH STATE・6 DAYS AGO
TownLift

UTAH — The Utah Division of Wildlife Resources is reminding drivers to watch out for eagles in roadways as the birds migrate through the state this winter. According to a […]
UTAH STATE・6 DAYS AGO
TownLift

NEW YORK (AP) — U.S. health officials said Thursday a company is recalling its over-the-counter eye drops that have been linked to an outbreak of drug-resistant infections. The Centers for […]
WASHINGTON STATE・5 DAYS AGO
TownLift

WASHINGTON (AP) — Republican Rep. George Santos positioned himself in a prime location for President Joe Biden’s State of the Union address — an uncomfortably prominent place for the embattled new lawmaker who faces […]
UTAH STATE・15 HOURS AGO