Police officers’ certification will be made available soon 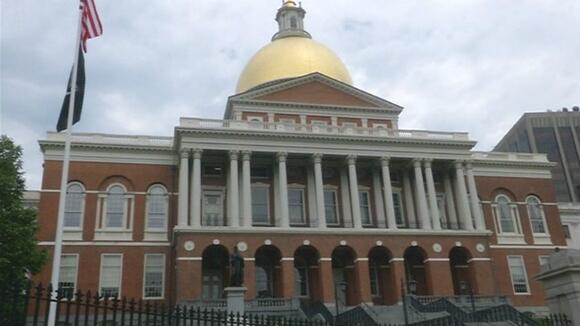 BOSTON (WWLP) – In a move for more public accountability, police officers’ certification will be made publicly available soon.

Massachusetts residents will soon be able to go online to check the status of most of the state’s police officers. In 2020, Baker signed into law a landmark police reform law that created the Massachusetts Peace Officer Standards and Training, or POST Commission.

The commission operates independently and has the power to establish policing standards, certify police officers, investigate misconduct allegations, and suspend or revoke the certification of officers found to have violated the commission’s standards. The reform law also called for a publicly available online portal with law enforcement officer records.

Under the first round of the process, a majority of officers whose last names begin with A through H became recertified. Of the 8,846 officers in the pool, 8,322 were recertified and another 269 were conditionally certified.

Officers will be recertified on a rolling basis. The POST Commission believes this will help with public relations.

“The notion of a public database to look at people’s status, disciplinary history, for example, I would say is greatly in the realm of enhancing public confidence in some of the work that that local law enforcement, as well as the post commission, does,” said Enrique Zuniga, the Executive Director of POST Commission.

Most denials for recertification were for unrelated job performance matters like medical, military, or family leave. The database will be available to the public within the coming weeks. The public will also now be able to file complaints against police officers online through a new portal that POST launched recently.

The U.S. Justice Department says seven people have been arrested in connection with a $7.5 million fraudulent scheme to obtain millions of dollars through the Paycheck Protection Program.
MASSACHUSETTS STATE・3 DAYS AGO
WWLP

The latest COVID-19 data released Thursday according to the CDC, all counties in western Massachusetts are at low risk except for Franklin County.
FRANKLIN COUNTY, MA・2 DAYS AGO
WWLP

People in Northampton speak on whether to decriminalize psychedelics “magic mushrooms”

Doubts about shifting to a yearly Covid booster shot circulate after the advisory committee for the FDA met.
NORTHAMPTON, MA・1 DAY AGO
WWLP

Gov. Maura Healey gaveled the Governor's Council into its new session Wednesday, and while this week's workload was light, councilors are already looking ahead to the judicial nomination process that's just around the corner.
MASSACHUSETTS STATE・2 DAYS AGO
WWLP

The LEGO group announced it's moving its headquarters to Boston by 2026 and Senator Jake Oliveira is not happy with their decision.
ENFIELD, CT・2 DAYS AGO
WWLP

Massachusetts teacher shortage is still hazy, and what they’re doing about it

Every state in the country is coming up with solutions to combat the teacher shortage.
MASSACHUSETTS STATE・2 DAYS AGO
WWLP

In-person sports betting in Massachusetts is days away

We're days away from the official launch of in-person sports betting here in Massachusetts.
MASSACHUSETTS STATE・1 DAY AGO
WWLP

State officials are reminding you there's a chance to appeal how much you're being billed.
MASSACHUSETTS STATE・3 DAYS AGO
WWLP

January snow and rain amounts in western Massachusetts so far

22News Storm Team Meteorologist Adam Strzempko is working for you with a look at how much rain and snow we've seen this month.
SPRINGFIELD, MA・2 DAYS AGO
WWLP

The Massachusetts Gaming Commission will be holding a public meeting on Friday, January 27 at 1pm.
MASSACHUSETTS STATE・2 DAYS AGO
WWLP

Where to find the best Portuguese food in Massachusetts, according to Yelp

National Chocolate Cake Day: Where to find the best in Massachusetts

The Lift Our Kids Coalition joined with State Lawmakers Thursday to advocate for low income families. The legislation, The Act to Lift Kids Out of Deep Poverty, would help those receiving cash assistance.
MASSACHUSETTS STATE・3 DAYS AGO
WWLP

22News Storm Team Meteorologist Adam Strzempko is working for you on what we can expect going into February.
SPRINGFIELD, MA・3 DAYS AGO
WWLP

Despite a limited growing season, Farmers Markets in Massachusetts are still available during the winter months.
MASSACHUSETTS STATE・2 DAYS AGO