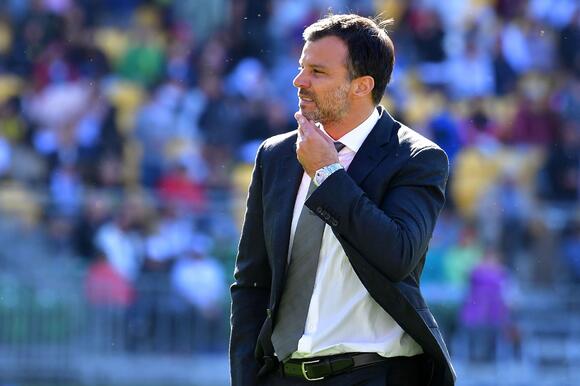 Anthony Hudson may be English, but in football terms, he’s most definitely a citizen of the world.

A short spell at Newport County aside, the assistant boss of the USA – and son of ex-Chelsea and Stoke great, Alan – Hudson’s career has taken in some of world football’s most unlikely outposts.

Now, though, he finds himself a central part of the USA’s plans as they look to shock England and navigate their way out of Group B .

Given Hudson’s global experience, he’s the perfect man to map their route to the last 16.

Having been part of the USA coaching set-up that banished memories of their failure to make it to Russia in 2018, the former New Zealand and Bahrain boss insists he won’t be experiencing any feelings of split loyalties when the USA run out against England at the Al Bayt Stadium the day after Thanksgiving. And neither will his family.

“I just had a feeling this game was going to come up,” he says. “I called my family back home and they were just going crazy. Especially with my dad having played for England, it was nice, really nice.

“Look, my old man made his debut against West Germany (in 1975), and I’ve watched that game so many times.

“He was absolutely outstanding. I’m biased obviously but I can confidently say it was one of the best debut performances I’ve ever seen.

“He was incredible. But he only got two caps. Any player at that level and with that level of talent would probably feel a bit hard done by. I think that's why they’ll all be supporting the USA.”

Although now well-established as a coach and manager, Hudson admits that the family name was more a curse than a blessing as he was making his way in the game. 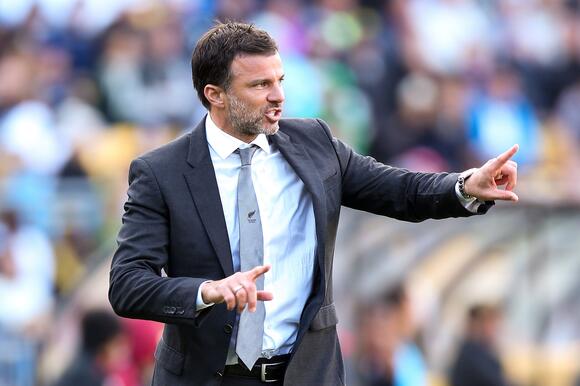 After coming through the West Ham youth system and spending a brief period on loan at Luton, he eventually moved to NEC Nijmegen in the Netherlands before heading across The Pond to play for the Wilmington Hammerheads.

“I was a central midfielder - I would run around kicking people,” he laughs. “All I ever wanted to do was to be a footballer - that was my dream.

“I just wasn’t capable of dealing with the pressure that was probably self-inflicted.

"You have your circumstances but it’s what you make of it. I didn’t deal with it, my old man's name, very well – now I think there’s a lot more support to help young players. I just remember, back then, you were on your own to fend for yourself.”

His failure to make it as a player did, though, bring with it a desire to stay in the game and hastened his development as a coach.

An early stint at the Real Maryland Monarchs, and a spell working alongside Harry Redknapp at Spurs, offered a gentle introduction to the world of management.

A brutal sacking by Newport County, then in the National League, provided him with a sledgehammer reminder of football’s fragility.

Instead of licking his wounds, Hudson dusted himself off and headed to Bahrain to work with Peter Taylor, famously England manager for a solitary game. There he progressed from manager of the country’s under-23 side to head coach of the full national team in August 2013.

“But because I didn’t fulfil what I wanted to do as a player, I think that gave me the drive to become the best coach I could possibly be. It became a big driver for me. As a coach, I wanted to make a name for myself in my own right.”

Having taken New Zealand to the play-off for a place at the 2018 World Cup in Russia – losing 2-0 to Peru over two legs to ultimately fall short – Hudson was handed a chance in club management with the Colorado Rapids in the MLS. 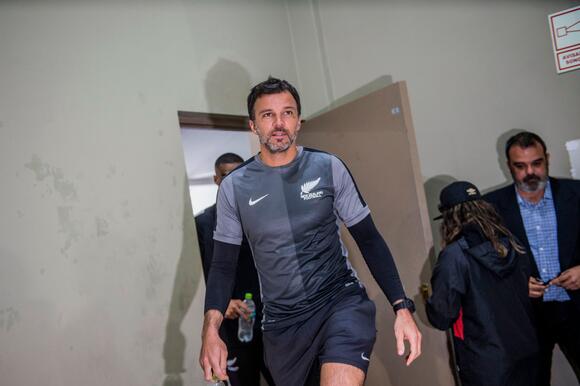 From there he graduated from coaching the USA's under-20s side to become assistant to Gregg Berhalter in the US national team.

Now he has been handed the opportunity to be the USA’s man on the inside as they look to repeat their famous World Cup over England in 1950.

A repeat of the 1-1 draw in South Africa in 2010, would probably be just as welcome.

“It’s going to be amazing,” he says. “All we’re hearing from people in the know over here, is that this is going to be one of the most widely watched games in the country’s history.

“The results haven’t been where they were before for England, and they’ve got a lot of scrutiny as a result of that. But I think it would be really stupid to even think you can downplay England.

“They have the players and the kind of quality in that team to be able to switch it on at any moment.

“Crazy things happen before tournaments – you've seen teams in the past have bad results in the run-up to the World Cup and then everything suddenly clicks. I don’t think you can read too much into England’s recent form. It’s going to be a really, really tough game.”

MELBOURNE, Jan 26 (Reuters) - Self-described "obnoxious soccer mom" Victoria Azarenka was ordered to take off her Paris St Germain shirt at the Australian Open on Thursday before bowing out of the Grand Slam with a straight sets defeat by Elena Rybakina in the semi-finals.
10 HOURS AGO
The Independent

The husband of U.S. women's team defender Crystal Dunn illegally distributed a controlled substance to Portland Thorns players in his role as the team's athletic trainer, the National Women’s Soccer League announced following an outside investigation.The trainer, Pierre Soubrier, was fired Tuesday along with Thorns assistant coach Sophie Clough. The NWSL, beset in recent years by abuse and misconduct allegations, said Clough made unwanted contact with a player.The league also said abuse allegations against former Washington Spirit coach Kris Ward were substantiated and he is ineligible to work in the NWSL without the commissioner's approval. An investigation concluded Ward...
PORTLAND, OR・2 DAYS AGO
The Independent

Wigan have sacked manager Kolo Toure after less than two months with the Latics failing to win any of his nine games in charge.The former Arsenal and Manchester City defender signed a three-and-a-half year deal when he took the job on November 29, but picked up only two points from seven league games and also suffered defeat in the FA Cup at the hands of Luton following a replay.Saturday’s 2-0 home loss to the same opposition in the league left Wigan bottom of the table, four points from safety.The job was Toure’s first as a manager following coaching roles with...
1 HOUR AGO
The Independent

Sky Sports have confirmed that they will be axing popular F1 pundit Johnny Herbert, as well as Paul di Resta, from their coverage ahead of the 2023 season.Former driver Herbert has been a staple of Sky’s coverage since it picked up the rights in 2012 but has been chopped as part of a shake-up. A Sky spokesperson said: “Johnny has been an integral part of our Formula 1 team since the very first season on Sky Sports in 2012. We will miss his humour and big personality and thank him for his energy and enthusiasm over the last...
8 HOURS AGO
The Independent

The Prince of Wales congratulated the finalists of his Earthshot Prize as he met them for the first time at a retreat in the grounds of Windsor Great Park.William joined the 2022 finalists at Cumberland Lodge on Thursday.He met each finalist in turn, asking them what he could do to help them.He spoke to Min Wang, whose company, Desert Agricultural Transformation, turns desert sand into agricultural land.She invited William to visit one of her project’s sites in China.He said: “If I am passing by I will be visiting all of your projects. I have made a note to my team.”He...
5 HOURS AGO