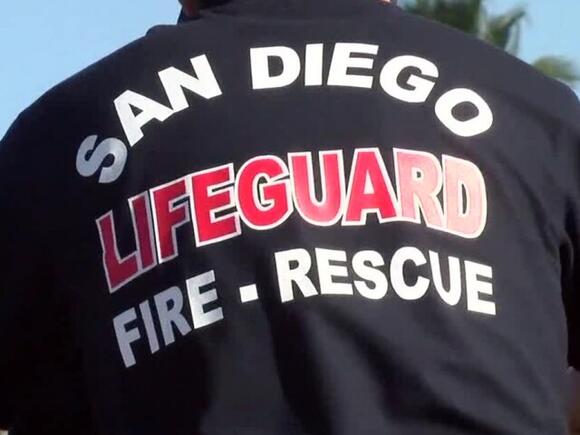 SAN DIEGO (CNS) - Lifeguards helped six kayakers who had difficulty getting back to shore due to high winds off the coast in the La Jolla neighborhood Thursday, a San Diego Fire-Rescue department spokesman said.

At around noon, offshore winds became a challenge for the kayakers, said the SDFD's Jose Ysea. The six kayakers were not injured, he added.

Lifeguards also rescued between 12 and 15 people on Thanksgiving, returning them all to shore without further incident, Ysea said.

Stella the German Shepard is eagerly awaiting being reunited with her brother, Indy. He found himself in quite the predicament Wednesday afternoon, stuck 40 feet down a well.
CHULA VISTA, CA・21 HOURS AGO
ABC 10 News KGTV

Biden's visit is part of a California trip in support of the administration's efforts regarding cancer treatment and initiatives for military and veteran families.
SAN DIEGO, CA・7 HOURS AGO
ABC 10 News KGTV

Driver loses control of SUV, crashes into side of Jack in the Box restaurant

An out-of-control SUV struck a sign and slammed into the side of a Jack in the Box restaurant in San Diego’s Southcrest neighborhood, but no injuries were reported.
SAN DIEGO, CA・1 DAY AGO
ABC 10 News KGTV

Leeland Korman was playing with his sister last Wednesday evening, jumping on a trampoline, when their heads collided.
CARLSBAD, CA・1 DAY AGO
ABC 10 News KGTV

A suspect was in custody after a man was stabbed in the neck near downtown San Diego, police said Thursday.
SAN DIEGO, CA・1 DAY AGO
ABC 10 News KGTV

A red panda at the San Diego Zoo managed to briefly escape from an enclosure over the weekend, but zoo officials said the animal came down from a tree on its own.
SAN DIEGO, CA・3 DAYS AGO
ABC 10 News KGTV

Authorities reached out to the public Thursday for help identifying a woman who threatened a clerk with a pistol last month while robbing a Nestor-area convenience store.
SAN DIEGO COUNTY, CA・21 HOURS AGO
ABC 10 News KGTV

A man who fatally stabbed another man during a 2019 altercation outside a Pacific Beach convenience store was sentenced Thursday to seven years in state prison.
SAN DIEGO, CA・21 HOURS AGO
ABC 10 News KGTV

Before Tuesday, when you call 911, an ambulance and firefighters are automatically sent to you. But now, non-life-threatening calls will be triage nurses.
EL CAJON, CA・3 DAYS AGO