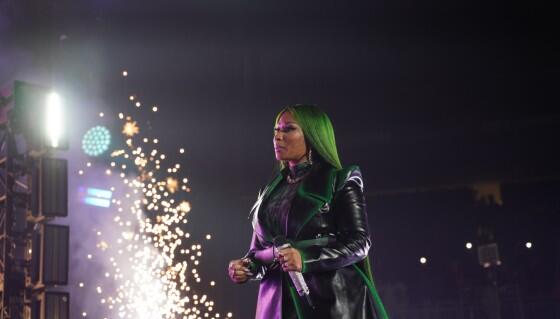 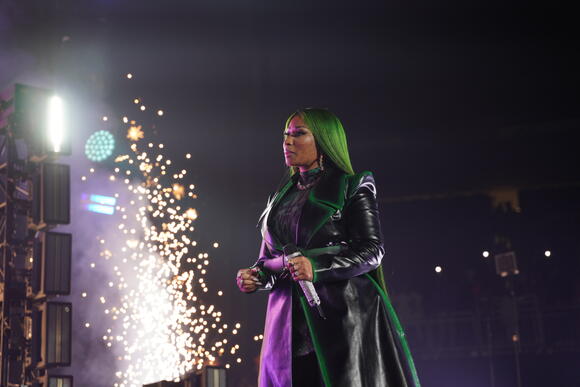 Sagittarius season is in full effect and there’s a lot in store for our fellow fire signs in the coming weeks.

People born under the shining zodiac are known for their bright and bold personalities. They live for adventure and spontaneity, daring to take the road less traveled. When it comes to friends and family, you’ll find Sagittarians showering their loved ones with hugs and chock full of their bright bouncy energy.

Don’t expect a Sagittarius to sugarcoat how they feel. They’re notorious for giving their raw and unfiltered opinion about the world, which can rub some people the wrong way. But they stand firm in their beliefs and never back down with their unwavering confidence.

Cosmopolitan notes that “Sagittarians are lively, passionate, smart, and more philosophical than their clown-y energy may hint at. They love to feel free and resist rules, regulations, constraints, and schedules.” Don’t even think about controlling a Sag either. They do what they want when they want and they often live life by the seat of their pants, waiting for the next thrill. You can really learn a thing or two from a Sagittarius on how to live life to the fullest.

In honor of Sag SZN, let’s take a look at a few spicy and bold Sagittarius celebs who are known for lighting up the world with their dynamic personality and free-spirited style.

Nicki Minaj has been an undeniable trendsetter for the last decade. From her bright pink wigs to her colorful accents and witty lyrics. They don’t call her the queen of rap for nothing.

Last month, while tearing up the stage at the Power House annual concert for New York’s Power 105.1, the Queens native took to the stage in a green trench coat that she paired with a body-hugging leopard print suit and a green wig. Minaj styled up the look with a green pair of snakeskin knee-high boots and a gold rope chain.

Janelle Monáe is a force to be reckoned with. Whether she’s belting her heart out over a sultry R&B song or flipping off the Supreme Court for compromising reproductive rights, Ms. Monáe will always be unapologetically her, and she isn’t afraid to show it.

Back in October, the 36-year-old star traveled across the pond to celebrate the premiere of her new Netflix film Glass Onion: A Knives Out Mystery. The Kansas, City native wore an elegant plunging V-neck dress courtesy of Monot. The beautiful ensemble showed off her chiseled torso and brawny arms in the elegant piece.

Monáe will celebrate her 37th birthday on Dec.1

What can’t Zoe Kravitz do? She’s a model, an incredible actress and she’s always exploring her full artistic potential. Earlier this year, the multihyphenate announced that she would be making her directorial debut with the release of her upcoming thriller “Pussy Island.” We can only imagine what she has in store.

Until then, Kravitz continues to blow fans away with her unique style in the fashion world. Earlier this year, the talented Sagittarius turned heads at The Batman Movie premiere in a scorching hot Oscar De La Renta dress. The cinching corset gown showed off her broad shoulders and dainty silhouette. To jazz things up, the “High Fidelity” actress styled up the look with a slicked-back bun and natural makeup.

Tiffany Haddish has been through alot this year, but she’s jumped through each and every last hurdle with style and grace. After a brief hiatus following her turbulent legal settlement ,  the star returned to social media looking brighter than ever.

Haddish shined in a red contour dress that featured an asymmetrical collar line. The star rocked her hair in blonde wispy finger waves. She topped off the look with silver hoop earrings and a simple watch.

“How I be looking at y’all comments. I pray for all of y’all to be happy,” the “Girls Trip” star wrote in the caption. “Especially the haters and the ones that think they know what they are talking about.” Haddish will celebrate her 43rd birthday on Dec. 3.

Tyra Banks is the goat. She’s modeled for some of the biggest high fashion brands in the world, smizing her way to the top of the industry.

Outside of her modeling success, Banks has fearlessly launched her own entrepreneurial endeavors. She was one of the first reality TV pioneers, helping aspiring models break into the fashion world with her decade-long series “America’s Next Top Model.” Last year, the California native stepped into the food industry with her tasty ice cream brand Smize Cream. Ms. Banks is a classic Sagittarius to the bone.

The 48-year-old star is still turning heads in the fashion industry, too. Last month, while holding down her hosting duties on Dancing With The Stars , Banks showed up to the competition series wearing a dark crimson blue gown designed by Eric Archibald & Natalia Barzilai. Banks paired the look with pink Vionic kitten heels and stunning jewelry.

The world-renowned model will turn 49 on Dec. 4

The iconic Tina Turner changed the face of music with her effortless dance moves and epic style in the 70s and 80s.

Widely referred to as the “Queen of Rock ‘n’ Roll,” Turner rose to prominence as the lead singer of the Ike and Tina Turner Revue before launching a successful career as a solo performer.

In 1984, the singer skyrocketed to success following the release of her multi-platinum album Private Dancer. The hit album contained classics like “Show Some Respect” and  “What’s Love Got to Do with It.” The latter won a Grammy Award for Record of the Year, helping Tina to achieve history. At age 44, she was the oldest female solo artist to top the Hot 100 with a single.

Whether he’s rhyming about his New York roots or blazing into the business world with a new entrepreneurial endeavor, Jay-Z knows no bounds when it comes to exploring and achieving the impossible.

As a busy father of three, it’s very rare that fans get to see the renowned Hip-Hop star in the public eye these days. But when he does emerge, expect to see the fly Sag looking cozy and comfortable.

The “Blue Print” rapper was spotted earlier this month chilling ocean side with a few of his close Hip-Hop colleagues. Jay, whose real name is Shawn Carter, wore a white cotton collared shirt with a simple bucket hat over his long free-form locks.

Mr. Carter will celebrate his 53rd birthday on Dec. 4.

Regina Hall will turn 53 this year on Dec. 12.  She’s got a lot to celebrate, too! The talented actress has been making fans double over with laughter in films like “Me Time” and her latest flick “Honk For Jesus.” She’s also been using her platform to advocate for voting rights. Hall is always looking for ways to propel her career and the community around her.

While celebrating a few of her famous peers at the Academy Museum Gala in October, Hall left a smoldering trail down the red carpet in a stunning David Koma dress. The feather embroidered off-the-shoulder ensemble cinched at Hall’s waist, showing off her curvy physique and chiseled legs.

Hall paired the look with a pixie cut, clear heels, and a crystal-embellished clutch.