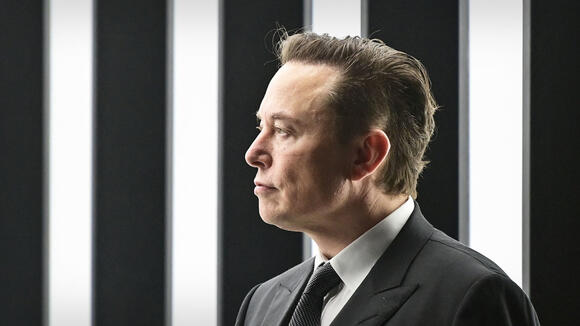 He fired Twitter's CEO, CFO and other executives. His vision for the company involved a much smaller workforce, so mass layoffs began. Some 3,700 people were let go, about half of the company's employees.

Many Twitter workers found out their jobs were gone in unceremonious fashion. Some were simply unable to log in to their laptops while others received the news by virtue of being locked out of their Slack accounts.

Then, on Nov. 16, Musk continued the purge by offering Twitter employees an ultimatum. He sent an email to all employees and told them to expect "long hours at high intensity" and to consent to these conditions. If they did not consent, they should receive three months of severance, they were told.

"Going forward, to build a breakthrough Twitter 2.0 and succeed in an increasingly competitive world, we will need to be extremely hardcore," Musk wrote in the email. "This will mean working long hours at high intensity. Only exceptional performance will constitute a passing grade," the billionaire wrote.

"If you are sure that you want to be part of the new Twitter, please click yes on the link below," he continued. "Anyone who has not done so by 5pm ET tomorrow (Thursday) will receive three months of severance."

Musk's management style is undeniably aggressive, and to some observers, short-sighted and mean-spirited.

It is with this background that a 2018 employee review at Tesla has now emerged.

An 'Ugly Part of Tesla's Culture'

The survey, which was referenced early November in a lawsuit filed by a Tesla shareholder over Musk's $50 billion pay package, shows that employees formally lodged complaints about the culture and leadership at the company.

"Tesla is hemorrhaging highly talented, ferociously driven people who truly believe in the company's vision and continue to hope for its success," wrote one worker in the survey which was revealed by Insider. "Elon is a technical leader of the highest order, and yet is widely seen as an unapproachable tyrant who devalues the contributions of the staff, and may fire them on a whim ... we treat people, the fundamental unit of a company, like any other expendable resource."

Insider reported the worker added that Tesla "fails to distinguish between technical leadership and people leadership," and called this an "ugly part of Tesla's culture."

The survey also revealed results of employee favorability ratings in response to a number of questions. The weakest favorability scores were in areas of compensation and trust in Musk and his executive team to balance employee interests with those of the company.

Tesla is an ‘Extremely Toxic Environment'

The employee survey revealed a number of additional comments expressing concern. These include the following:

Elon !! 😂😂😌🤣🤣 Lmao !! He is getting crazier by the day. Now everyone knows what type of boss you are!! WHO IS GOING TO WANT TO WORK FOR YOU NOW ???? Running a business is like marriage ... such as respect is a two way street and power is shared by both employees and the employer .. Plus a little kindness and flexibility to your employees, thus , would make them want to stay employed in your company. It's just Good Basic Management 101 😑😑😑😂😂😂🤣🤣$$$$!!😎

His company, His rules. Quit and move on, if you don't like it. Simple.

The Richest Man in the World Takes on Elon Musk

Bernard Arnault, the CEO of luxury giant LVMH, has just invested in the luxury car manufacturer Lotus, which is betting on EVs.
1 DAY AGO
TheStreet

Elon Musk And Tesla Make an Expected But Unwanted Change

The maker of electric vehicles has just raised prices, less than a month after they were cut.
TEXAS STATE・45 MINUTES AGO
TheStreet

It's still early, but the German manufacturer takes a big step toward an EV end-goal
CALIFORNIA STATE・2 DAYS AGO
TheStreet

Wood's latest pick lines up with her reputation.
2 DAYS AGO
TheStreet

Facebook Messenger Could Be Draining Your Phone, According to This Whistleblower

If true, the whistleblower's claims could confirm a popular online theory.
2 DAYS AGO
TheStreet

The CEO of Tesla had to sell shares of the electric vehicle maker several times last year to acquire Twitter.
1 DAY AGO
TheStreet

Jim Cramer Gushes Over Pharmaceutical Stock's Chart: 'About The Greatest You've Ever Seen'

While a number of wealthy entrepreneurs are making space tourism a reality, the Microsoft co-founder says he has other interests.
23 HOURS AGO
TheStreet

The day after a successful share sale, the conglomerate of Asia's former richest man has decided to return investors their money.
2 DAYS AGO
TheStreet

Elon spent some time reflecting on Twitter.
1 DAY AGO
TheStreet

The vehicle, due to start production this year, is Tesla's first truck/pickup.
3 DAYS AGO
TheStreet

The billionaire is stepping up initiatives to transform Twitter and turn it profitable.
2 DAYS AGO
TheStreet

Amazon CFO Brian Olsavsky told investors how much the company had to spend in severance payments.
WASHINGTON STATE・21 HOURS AGO
TheStreet

Ok Twitter, tell us how you really feel about Charlie.
1 DAY AGO
TheStreet

Jury rules in Musk's favor in civil case brought by shareholders against Musk over his 2018 tweeted claim that he'd secured funding to take Tesla private .
CALIFORNIA STATE・17 HOURS AGO
TheStreet

Billionaire investor Ryan Cohen, who has scored big on activist stakes in GameStop and Bed Bath & Beyond, now has his sights set on struggling retailer Nordstrom.
1 DAY AGO
TheStreet

The Detroit giant may not have to lower the price of the Cadillac Lyriq, which now is eligible for the new federal tax credit of $7,500.
19 HOURS AGO
TheStreet

Look: Elon Musk Comments on Viral Video of Cybertruck in the Wild