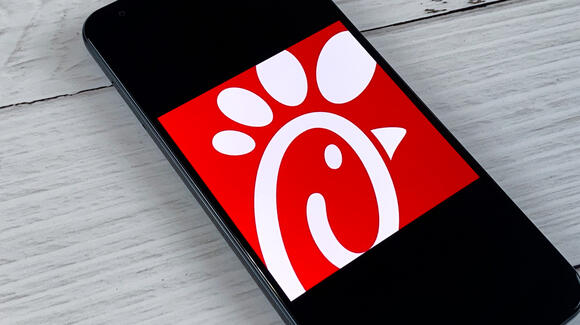 Aside from being easily accessible, chicken brings a range of health benefits. The common protein helps your tissues recover, in addition to upkeep your muscle mass, according to Healthline . A single 3 ounces of chicken breast contains a rich variety of nutrients, like copper, fat, potassium, protein, vitamins B6 and B12, and zinc — all without any carbs. In fact, WebMD notes that chicken may also contribute to heart health and help manage weight. Plus, the tryptophan found in chicken is thought by some experts to play a role in enhancing your mood through its influence on serotonin — though research may say otherwise.

Not all experts think that chicken is a healthy choice. The Physicians Committee for Responsible Medicine , for example, isn't convinced with chicken because it can contain carcinogens and increase your cholesterol. Additionally, fast food restaurants, like Chick-fil-A, use highly processed foods (per Healthline ). However, they do offer relatively healthier options compared to the scrumptious fried foods they are famous for. So, you might wonder what the item with the highest fat content on the Chick-fil-A menu is. The answer may surprise you.

If You Want To Avoid Fatty Food At Chick-Fil-A, Skip This Item 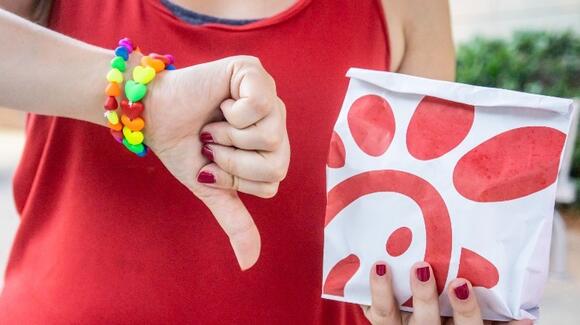 You might think that the item with the highest fat content on the Chick-fil-A menu is something with fried chicken, or even mac and cheese, but you would be mistaken. In fact, the fattiest menu item does not even contain chicken at all. Believe it or not, it's the sausage, egg, and cheese biscuit on the Chick-fil-A breakfast menu that contains a whopping 42 grams of fat and 610 calories (via Chick-fil-A ). The fatty meal consists of a buttered biscuit, egg, sausage, and a slice of American cheese. Unfortunately, the breakfast option even ranked second under the worse breakfast items at Chick-fil-A (per Eat This, Not That! ).

Depending on your diet, you should normally only eat around 67 grams of fat per day based on a 2,000-calorie diet, according to Healthline . With that being said, if you start your days with a Chick-fil-A sausage, egg, and cheese biscuit, you'll only have around 25 grams of fat left, not including lunch. Instead, consider a better alternative on the Chick-fil-A menu and try the grilled chicken nuggets. You can get a filling serving of 12 chicken nuggets, which only have 4.5 grams of fat (per Chick-fil-A ). While it may be tempting to go for the tastiest items on the Chick-fil-A menu, sometimes what tastes the best is not always the healthiest choice.

Read this next: 12 Sources Of Healthy Fats You Should Be Eating

How Drinking Black Tea Every Day Affects Your Body

If you're a fan of black tea and find yourself consuming it daily, the effects that it has on your mental and physical health may surprise you.
3 DAYS AGO
Health Digest

Vitamin C acts as a powerful antioxidant and may naturally boost our immunity. However, to find out for sure, Health Digest spoke with Jamie Feit, MS, RD.
6 DAYS AGO
Health Digest

Egg protein is high-quality, and may even aid in weight loss. But what about the cholesterol in eggs? Read on to find out what happens if you eat eggs daily.
4 DAYS AGO
Health Digest

How A Diet Including Nuts Can Make Your Heart Healthier

When the afternoon hunger pangs strike, you have several choices in a vending machine. You could choose cheese crackers or beef jerky — but why not choose nuts?
5 DAYS AGO
Health Digest

When You Should Stop Ignoring Those New Facial Hairs

While some may shave their facial hair, others don't mind some tiny hairs. However, there's a certain point when you shouldn't ignore the incoming facial hair.
9 DAYS AGO
Health Digest

Can Eating Late At Night Make You Hungrier?

Some research has discovered a link between late-night eating and weight gain. Inquiring minds may wonder if late-night meals increase appetite as well.
7 DAYS AGO
Health Digest

Though people don't have periods in menopause, perimenopause can often bring uncomfortable symptoms. Those who have hot flashes might consider licorice tea.
2 DAYS AGO
Health Digest

What Drinking Espresso Every Day Does To Your Body

Espresso affects a wide variety of body functions, from mood to energy level to sleep habits. Here's what happens to your body when you drink espresso daily.
5 DAYS AGO
Health Digest

Pizza Hut may not always be the best choice for healthy eating. However, there are some healthier options on their menu that won't completely derail your diet.
15 HOURS AGO
Health Digest

Is Plant-Based Pork Good For You?

One of Impossible Foods' 2021 launches was plant-based pork, but is it actually a healthy alternative to pork from pigs? Here's what we know.
5 DAYS AGO
Health Digest

Registered Dietitian Explains When Too Much Protein Can Become A Problem

In an exclusive interview with Health Digest, registered dietitian Jamie Feit weighed in on when consuming excessive amounts of protein can be a problem.
2 DAYS AGO