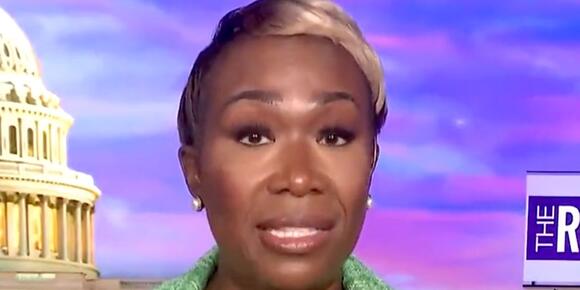 Joy Reid described the “myth” of Thanksgiving and criticized Republicans ’ efforts to muffle retellings of America’s past in a scathing takedown on her show.

The MSNBC host described the holiday’s “historical inaccuracies” and used the opening segment of her show to call out GOP officials who want aspects of American history barred from textbooks on Wednesday.

Reid said it’s important to recognize that the holiday, while full of food and discussion, is built on a story of Native Americans welcoming Europeans with open arms.

“A simplistic fairytale interpretation of a 1621 encounter between indigenous tribes and English settlers that erases the genocide that followed,” Reid said. “It’s the truth Republicans want banned from our textbooks...”

Reid’s segment comes at a time of increased book-banning efforts by Republicans.

This includes Republican-controlled states ’ bans ― and attempted bans ― of “The 1619 Project,” a Pulitzer Prize-winning project by New York Times reporter Nikole Hannah-Jones which examines the history and effects of slavery in America.

There have been 681 attempts to ban access to over 1,650 book titles in the first eight months of 2022, according to the American Library Association .

Lessa Kananiʻopua Pelayo-Lozada, ALA’s president, noted that the challenges reflected “coordinated, national efforts to silence marginalized or historically underrepresented voices” and deprived America’s youth of resources to help them combat challenges they could face in their lives.

Reid said on Wednesday that the GOP desperately wants to conceal what she described as the violent origin of America.

“We’re a country that chooses violence over and over again,” Reid continued. “There is no facet of American society that is untouched by it, as all the recent headlines remind us.”

You can watch a clip of Reid’s opening segment below.

The lady is just filled with rage and hate. She's a person of privilege who has obtained incredible wealth largely because she was lucky enough to have been raised in America. You would think for just 1 day, she would put her grievances aside and thank God for all she has.

Dwelling on the mistakes of our Ancestors past, helps the future of no one, It is only a tool used to further push division and hate. Not to mention the fact that every race, creed and religion has a troubling past filled with mistakes, so if your going to play that tape, you have to play that tape all the way through our human history. Not just focus on one individual group, otherwise your intentions are to blame and Demonize that particular group of people for the sins and mistakes of their Ancestors

Thanksgiving is a day for families to get together and enjoy the love and support they have for each other. It's a great way to keep connected to those who you don't see often. It's a shame Joyless can't see that and only knows the hate and spitefulness that fills her. I feel sorry for her (but not much) and her family that they can't feel that.

The desk chairs that previous vice presidents used were all calibrated for taller men, according to the New York Times.
TEXAS STATE・2 DAYS AGO
CNN

Former House Speaker Nancy Pelosi reacts to some GOP members heckling Biden during his State of the Union address, calling it "showbiz" to cover putting Medicare and Social Security "on the table."
1 DAY AGO
The List

President Joe Biden's second State of the Union address since taking office saw the commander-in-chief rallying ordinary Americans and his fellow politicians alike to work together to get the country back on its feet (via The Guardian). Following years of turmoil, thanks to the COVID-19 pandemic and widespread economic disparity, which led to a more divided citizenry than ever before, Biden took an optimistic approach to moving forward.
18 HOURS AGO
HuffPost

The Colorado Republican appeared to forget who was president in 2020.
3 HOURS AGO
HuffPost

The former New Jersey governor hit back at the former president — but critics said he was much too late.
NEW JERSEY STATE・2 DAYS AGO
SheKnows

If you purchase an independently reviewed product or service through a link on our website, SheKnows may receive an affiliate commission. You probably haven’t heard the name Stormy Daniels for a while, but that $130,000 hush payment Donald Trump made to the adult-film actress in 2016 is still haunting him. The Manhattan District Attorney’s office believes that the money was a violation of “election and business-records laws,” so they are pondering felony charges.  According to Rolling Stone sources, the former president’s lawyers already have a legal strategy to try and squirm out of the possible charges. They are trying to get him...
1 DAY AGO
HuffPost

There's one line her critics agreed with — but probably not in the way she was hoping.
ARKANSAS STATE・21 HOURS AGO
HuffPost

Slide 1 of 41: In the latest threat to Donald Trump's 2024 campaign, a major US political donor has just signaled that he won't be backing the former POTUS's next presidential bid. And political support might not be the only thing Trump is losing. Read on for the full surprising story. All dollar values in US dollars.
2 DAYS AGO
Newsweek

After winning his election in November, the New York representative confirmed that he had lied about countless aspects of his personal biography.
WASHINGTON, DC・1 DAY AGO
HuffPost

The attack on the then-House speaker's husband “never should have happened," President Joe Biden said on Tuesday.
CALIFORNIA STATE・1 DAY AGO
HuffPost

Republicans erupted when the president said they wanted to cut Social Security and Medicare.
WASHINGTON STATE・1 DAY AGO
HuffPost

"Let his days be few and another take his office," the Colorado lawmaker said.
TEXAS STATE・2 DAYS AGO
HuffPost

Americans for Prosperity is seeking to back a new candidate for the presidency: “The best thing ... would be a president in 2025 who represents a new chapter."
3 DAYS AGO
HuffPost

The president’s State of the Union speech will highlight new plans to combat cancer and fentanyl abuse.
1 DAY AGO
HuffPost

Critics took the serial fabulist Republican's four-word review and threw it right back at him.
21 HOURS AGO
HuffPost

González, who became the center of an international custody battle at 5 years old, was nominated Sunday to Cuba's National Assembly.
FLORIDA STATE・1 DAY AGO
HuffPost

"So much for bias against the right-wing on Twitter," Ocasio-Cortez said during a Republican-led hearing about alleged Twitter censorship.
10 HOURS AGO
HuffPost

The "Daily Show" correspondent pretended to have binge-watched the conservative network for hundreds of hours and, well, there were consequences.
SOUTH CAROLINA STATE・15 HOURS AGO