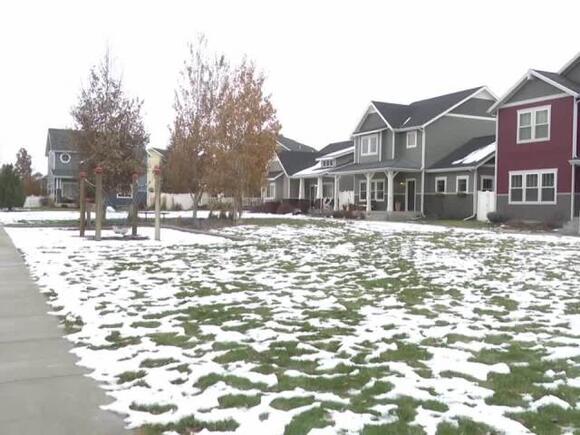 Billings Public Schools released a redistricting proposal to parents and guardians on Tuesday evening, and some neighborhoods are finding themselves assigned to a different high school.

Monica Zieske has lived in Josephine Crossing south of Frontage Road in Billings for the past 11 years, including the last time the school district was changed in 2017, making her neighborhood change from Senior High to West High. Now, if the recent proposal is approved, it will change the neighborhood again — this time sending the students back to Senior.

“It’s the same group of families, it’s the same group of kids, that have been jumped back and forth between the two schools now,” Zieske said. “Nothing against Senior, it’s just that we’ve prepared these kids with this mentality that this is where you’re going to go, these are the friends you’re going to go with, this is your path. So, to pull that out from under them with such short notice seems unfair."

Zieske is a chemistry teacher at West High, and she's been looking forward to having her children with her roaming the halls at school. Her daughter Isabell is a seventh grader at Elysian School. If the new boundaries hold, she won't get the chance to join her mom at West.

“I was in second grade the last time they switched it around, and it’s hard because I want to go to West High with my mom,” Isabell said.

The newsletter provided parents with an interactive map . The blue part is the Senior High district, while the yellow sections belong to West. The blue section has been noticeably stretching to the west to try and help even out the enrollment numbers among the three schools.

Earlier this year, MTN spoke with Billings Superintendent Greg Upham about the size of the three Billings High Schools — which are the three biggest in Montana. In that interview, Upham recognized that redistricting might need to be done, and said that it probably should be done regularly.

“We’re adjusting the current boundaries and that’s what a school district should do,” Upham said. “It’s about making sure that we maintain equity as far as the schools are concerned and so we can provide a better service all the way around."

However, all the schools are nearing their capacity, and Zieske fears this change won't be enough.

“Both schools are really overcrowded and it’s just a short-term fix to shuffle the same group of kids from one school to another," Zieske said.

But the good news is that it is just a proposal. The newsletter states that they have released the map early so that discussion can be had with the people of Billings. The final redistricting plan must be approved by the Billings school board.

“Superintendent Upham is always great with community involvement, and so I appreciate that he’s given us plenty of time to speak up," Zieske said. "Regardless, the kids will get a great education. I just want to make sure the community understands the changes."

Drawing new boundaries in School District 2 has been a concern for families. With that feedback from parents, the school board decided to put off redistricting for another year.
BILLINGS, MT・4 DAYS AGO
Q2 News

'One Class at a Time' recognizes teacher at Sandstone Elementary

Ms. Binford's smile, attitude and energy shines through to the kids and the entire school. The love she has for her students is amazing.
BILLINGS, MT・3 DAYS AGO
Q2 News

The public joined in on the search process for a new superintendent, while also welcoming in a new board member, during two at the Lincoln Center on Monday night.
BILLINGS, MT・6 DAYS AGO
Q2 News

The Petroleum Club charged, and continues to charge, a monthly fee for members to be able to dine at the restaurant.
BILLINGS, MT・3 DAYS AGO
Q2 News

After undergoing two surgeries in 367 days to remove brain tumors, a Laurel firefighter is now paying it forward by raising money for other brain cancer patients.
LAUREL, MT・30 MINUTES AGO
Q2 News

“There’s the thought that we want to do the marathon loop, you know connect the Rims to the river and get all that going so there’s plans in the works for all of that,”
BILLINGS, MT・1 DAY AGO
Q2 News

The bridge was struck on Jan. 15--but this isn't the first time it was hit. And residents don't think it will be the last.
LAVINA, MT・2 DAYS AGO
Q2 News

Starting this March, new rules will require labels to list every ingredient the qualifies as organic as well as more rigorous on-site inspections of certified operations.
BILLINGS, MT・5 DAYS AGO
Q2 News

For decades, churches across Montana have sheltered people experiencing homelessness, giving them a place to spend the night out of the cold.
BILLINGS, MT・6 DAYS AGO
Q2 News

The two new stores would expand the footprint of the area's largest to seven stores in Billings and eight total in Yellowstone County.
BILLINGS, MT・4 DAYS AGO
Q2 News

The church's outdoor nativity scene was vandalized on Jan. 16--all items were destroyed--and Mary, Jesus, and Joseph statues were stolen.
BILLINGS, MT・5 DAYS AGO