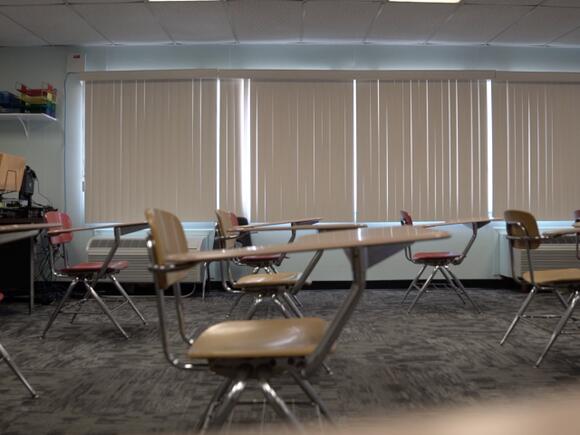 Test scores from Nebraska students indicate lagging statewide scores due to a pandemic, but those numbers fare better than much of the rest of the country.

Testing scores from the Nebraska Department of Education showed math scores stayed the same from 2020 to 2021, both at 46% proficiency.

English scores dipped from 48% to 47%. In a new statewide science assessment, Nebraska students were 66% proficient.

Outgoing Education Commissioner Matt Blomstedt pointed mostly to the disruption of the COVID-19 pandemic for the lagging numbers.

“Nebraska public schools, while impacted by the pandemic, remained strong. Our statewide assessments are showing similar trends and now is the time for schools to focus support on the areas that have the most need,” said Blomstedt

English learners were only 8% proficient in math and 5% in ELA.

Nationwide testing scores, especially in math, hit the sharpest decline since at least the 1990s, according to the New York Times .

For years now classrooms and school board meetings have become the front lines of a clash between career educators and conservative parents.
NEBRASKA STATE・4 HOURS AGO
KMTV 3 News Now

The Iowa Board of Pharmacy has fined an online pharmacy $10,000 and temporarily barred it from filling prescriptions for Iowa patients.
IOWA STATE・2 DAYS AGO
KMTV 3 News Now

Nebraska has joined 24 other red states in a lawsuit seeking to block a new rule they claim frees up 401K managers to invest in so-called “environmental, social and governance” funds.
NEBRASKA STATE・4 DAYS AGO
KMTV 3 News Now

He knew returning to the family farm was an option when he got out. He also knew he needed to learn modern farm management and business practices to succeed in competitive modern agriculture.
BARTLETT, NE・2 DAYS AGO
KMTV 3 News Now

Opponents of abortion took to the streets in front of the capitol Saturday for the annual Walk for Life, the first event since the Supreme Court overturned Roe v. Wade last summer.
NEBRASKA STATE・2 DAYS AGO
KMTV 3 News Now

The number of documented COVID-19 infections in Iowa continues to decline but at a lesser rate, according to state data.
IOWA STATE・5 DAYS AGO
KMTV 3 News Now

Omaha man sentenced to over 13 years for armed bank robberies

An Omaha man was sentenced on Tuesday for his part in a series of armed bank robberies in Nebraska over a three-year period.
OMAHA, NE・7 DAYS AGO