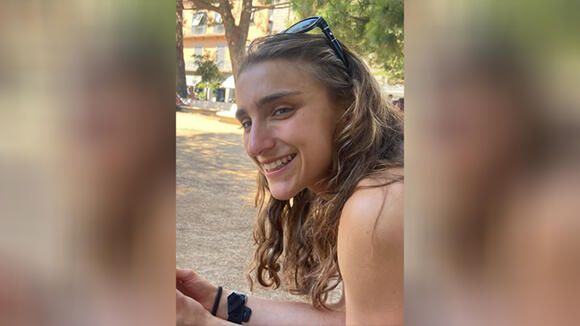 FRANCONIA, NH (WKRN) – A missing Vanderbilt University student who went on a hike by herself in New Hampshire has been found dead.

The New Hampshire Fish and Game Law Enforcement Division said just after 11 a.m. on Wednesday, Nov. 23, searchers found the body of Emily Sotelo on the northwest side of Mount Lafayette in Franconia, New Hampshire.

Sotelo, a Massachusetts native and a sophomore at Vanderbilt, was reportedly dropped off by her mother the morning of Sunday, Nov. 20 as she left for a week-long solo hike along Franconia Ridge.

Sotelo’s mother was set to bring her extra provisions later in the day, but when the college student did not return at the planned time, NH Fish and Game was notified.

Even though a search began Sunday evening, high winds, cold temperatures, and blowing snow made it difficult, officials said.

Authorities said they spent the next two days searching for Sotelo before they found tracks and items belonging to her at the headwaters of Lafayette Brook on Tuesday, Nov. 22.

Then, searchers reportedly found Sotelo’s body around 11:15 a.m. on Wednesday, which would have been her 20th birthday.

Vanderbilt University released a statement to students shortly after news of her death. The statement, in part, read, “Our thoughts during this difficult time are with her family and all of her many friends at Vanderbilt and beyond.”

The university described the sophomore biochemistry and chemical biology major as an active member of the community. Emily was the community service chair for the DORE Initiative and public relations chair for Big Dore Lil Dore.

NH Fish and Game Capt. Michael Eastman believes the lack of provisions was one of the problems Sotelo faced on the hike.

“It would take a intermediate or experienced hiker,” Eastman said. “Someone who would have to be well-provisioned to be up there, just in case, with light capabilities, food, and things of that nature.”

Vanderbilt University has reminded students during the academic break, they can reach an on-call behavioral health provider by calling the University Counseling Center at (615) 322-2571 or the Crisis Text Line by texting “VANDY” to 741741.

Nurse Caitlyn Kaufman was on her way to work as an ICU nurse at Ascension Saint Thomas West when she was shot and killed on Interstate 440.
NASHVILLE, TN・1 DAY AGO