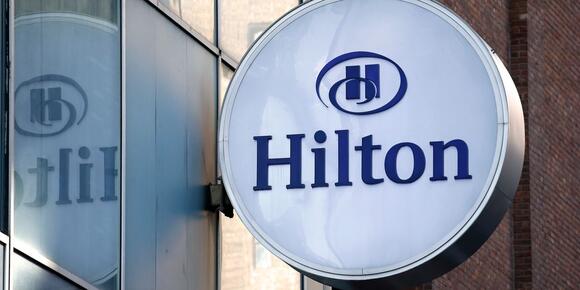 In February, the right-wing Heartland Institute is scheduled to convene its three-day “International Conference on Climate Change” at the Hilton Orlando Lake Buena Vista hotel, near Walt Disney World Resort. The Illinois-based think tank is unwavering in its dismissal of established climate science and has a long history of cheerleading for the fossil fuel industry and fighting environmental regulations and renewable energy projects.

In true contrarian fashion, the theme of Heartland’s upcoming event is “The True Crisis: Climate Change or Climate Policy?” Like conferences before it, it will be a who’s who of the climate denial movement and advance the conspiracy that governments around the globe are using climate breakdown in a concerted effort to control people’s lives.

“From the green energy boondoggles in the so-called ‘Inflation Reduction Act’ in the United States, to the ongoing wind-power disaster in Germany, and threats of energy cuts in the winter in the UK, the climate policy ‘solutions’ are a real and growing problem for the people of the world,” reads a description of the upcoming event. “Why are we making life poorer and more miserable for most of the people on the planet when there is no climate crisis?”

As usual, Heartland has tapped go-to leaders of the denial movement to be keynote speakers, including William Happer , the retired Princeton University physics professor who served as an adviser to President Donald Trump and has declared Earth is in the midst of a “CO2 famine”; Myron Ebell, director of the right-wing Competitive Enterprise Institute who led the Trump EPA transition team and was a key figure in Trump’s decision to withdraw the U.S. from the historic Paris climate agreement; and Steve Milloy, a former tobacco and coal lobbyist who also served on the Trump EPA transition team. 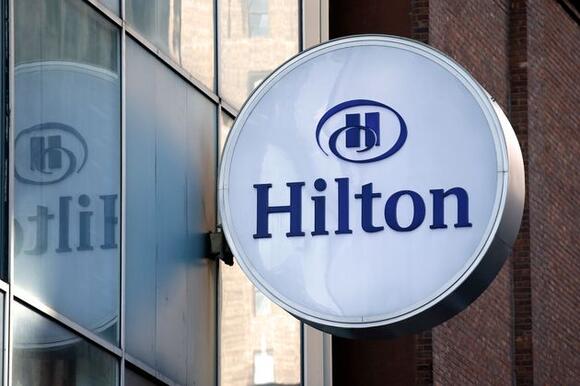 A Hilton Hotel logo is seen on one of their properties. (Photo by John Lamparski/SOPA Images/LightRocket via Getty Images)

The event is wildly out of step with Hilton’s stated climate and environmental pledges .

On its corporate website, Hilton notes that the company is “committed to leading the hospitality industry toward a net-zero economy and reducing our greenhouse gas emissions in line with climate science” and “proud to have been the first major hotel company to set science-based carbon targets aligned with climate science and the Paris Climate Agreement.”

“Through climate action and destination stewardship, we intend to pave the way to a net-zero future for our company and the global travel and tourism industry,” it reads.

Asked about Heartland’s upcoming conference, a Hilton spokesperson told HuffPost that “ Hilton Orlando Lake Buena Vista is considered a place of public accommodation and does not adopt or endorse the views of any individuals or groups we serve.”

“Our goal is to provide a high quality product and service per the contractual agreements in place with our clients,” the spokesperson added.

Hilton did not respond to HuffPost’s specific questions about Heartland’s history of denying and downplaying climate science.

One of Heartland’s many opposition campaigns targets environmental, social and governance (ESG), a framework used to measure the sustainability of a company or investment. The think tank is pushing anti-ESG legislation at the state level and encourages lawmakers who are “ looking to fight back against ESG scores ” to reach out.

Hilton Hotels has branded its own ESG strategy “Travel With Purpose.” And in a message accompanying the hotel giant’s ESG report last year, Hilton President and CEO Chris Nassetta wrote that the company is “defining the next golden age of travel, anchored in sustainability and inclusivity.”

“There has never been a more important time to double down on our commitments and raise the bar on our environmental and social goals,” he wrote. “In the coming year, as climate science and best practices continue to evolve, we will set more ambitious environmental targets that will help preserve the destinations where we live, work and travel, and pave the way to a net-zero future.”

It’s a net-zero future that its upcoming guest, Heartland, is actively fighting against .

The agreement between Heartland and Hilton is reminiscent of last year, when casino giant Caesars Entertainment hosted the three-day climate denial conference at its iconic Caesars Palace in Las Vegas. Like Hilton, Caesars’ website features an entire page on environmental stewardship and climate, touting the company’s“climate leadership” and “commitment to science-based goals.”

In 2019, when Heartland held its conference at the Trump International Hotel in Washington, D.C., it refused to give HuffPost and other major news outlets access to cover the event.

“HuffPost won’t be getting any credentials for this conference,” Heartland’s Jim Lakely wrote to HuffPost at the time. “You can watch the live-stream if you want to cover it.”

"There is no other way to talk to these fools," State Duma member and former military commander Andrey Gurulyov said.
2 DAYS AGO
HuffPost

On the first day of Black History Month, the board released a curriculum for the new course excluding many of the topics that originally angered conservatives.
FLORIDA STATE・4 HOURS AGO
HuffPost

The former U.S. ambassador to the UN is preparing to announce her bid on Feb. 15, according to a South Carolina newspaper.
SOUTH CAROLINA STATE・13 HOURS AGO