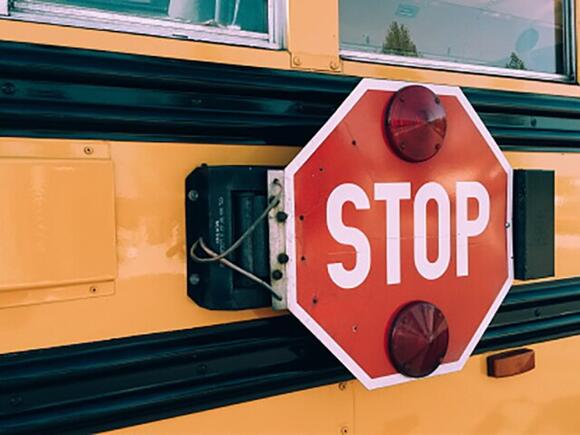 A Las Vegas mother is suing the Clark County School District after she says her 11-year-old child was attacked by another student while boarding a school bus last year.

The lawsuit filed by the mother, Jasmen Jackson, alleges that a student at Clifford J. Lawrence Junior High School was “sexually harassing, sexually assaulting, physically and emotionally abusing” her son in August 2021.

According to the lawsuit, I.T. threatened A.J. with both sexual and physical assault before they wrapped their hands around A.J.’s neck from behind, choking them and grabbing their buttocks. I.T. then reportedly followed A.J. onto the school bus, knocked A.J. out and began to “pummel” them in the face, causing “great bodily harm that required surgery to correct.”

After the incident, I.T. was allowed to continue to shout threats at A.J. and his mother while A.J. was being transported to the hospital, even allegedly assaulting Jackson in the parking lot.

The lawsuit claims that the attack on the school bus was being done “all with the knowledge of the defendants,” who are identified as CCSD Superintendent Jesus Jara, Assistant Superintendent John Anzalone and Lawrence Junior High Principal Allen Tee.

Jackson says district administrators and school employees failed to intervene in the attack because of a lack of proper training, or “callous indifference,” according to the lawsuit. During the attack, employees allegedly “failed to call the police as required by school policy, failed to notify A.J.’s parental guardian and failed to render any medical aid, leaving A.J. alone in an empty nurse’s office until A.J. called his mother for help on his own.”

Allen Tee, the school’s principal, also allegedly declined to provide a safety plan for A.J., according to the lawsuit, telling Jackson that her child would have to deal with I.T. “on their own.” Jackson also reportedly made multiple requests to transfer her child to a different school, which were all denied.

I.T., the student that attack Jackson's son, was later charged with a felony citation for battery with substantial bodily harm and put on probation, according to Juvenile Court records. However, Jackson’s lawyers say that probation will do “nothing to address the years of suffering and the life-long road to healing" that A.J. must now endure.

Jackson is seeking damages in an amount sufficient to “punish and deter” similar behavior and “motivate” a change in CCSD’s behavior and policies.

A spokesperson for Clark County School District told KTNV in a statement on Wednesday that they do not comment on pending litigation.

ccsd don't do nothing. my daughter was jumped coming home and when she got home. our entire family rode up on them. whooped them and they left my baby girl alone after that. and we got a reputation at the school.

The school did nothing when my high schooler was jumped and put in the hospital a few years back. No consequences means more violence.

Why did all the school affiliated adults who allegedly knew about the abuse at school, on the school bus, etc, ignore the situation? If this is proven to be true, think all parents should worry about their kids attending school anywhere in Clark County.

Two girls found their father dead after possible hit-and-run crash on Hacienda and Brent Thurman Way. The public is urged to call Metro if they have any information.
LAS VEGAS, NV・2 HOURS AGO
KTNV 13 Action News

Las Vegas police said they are responding to a "dynamic scene" shooting in West Las Vegas in the 900 block of Doolittle Avenue.
LAS VEGAS, NV・3 DAYS AGO
KTNV 13 Action News

Las Vegas Metro Police are asking for the public's assistance in locating 19-year-old Anabel Ceja, who might be in severe emotional distress and in need of medical assistance.
LAS VEGAS, NV・14 HOURS AGO
KTNV 13 Action News

A 22-year-old hiker was found dead at Red Rock Canyon after he was reported missing on Thursday afternoon, according to the Clark County Coroner.
CLARK COUNTY, NV・10 HOURS AGO
KTNV 13 Action News

A Nevada-licensed dentist pled guilty in court on Thursday to "willfully failing to pay employment taxes" that were withheld from employees of his Las Vegas practice.
LAS VEGAS, NV・8 HOURS AGO
KTNV 13 Action News

According to an incident report, police responded to the crash at 9:14 a.m., immediately locating a pedestrian and transferring them to UMC Trauma, where they were pronounced dead.
LAS VEGAS, NV・9 HOURS AGO
KTNV 13 Action News

"Traditional public schools are not – and should not – be the only option,” Lombardo said while speaking at his first ever State of the State Address as governor.
NEVADA STATE・3 DAYS AGO
KTNV 13 Action News

Who's a good boy? Congratulations Turbo! He will now move on to work for Caesars Entertainment. He was adopted by Caesars from The Animal Foundation.
LAS VEGAS, NV・1 DAY AGO
KTNV 13 Action News

The state of Nevada is close to hitting a critical point in health care as the shortage of nurses continues to get worse.
NEVADA STATE・1 DAY AGO
KTNV 13 Action News