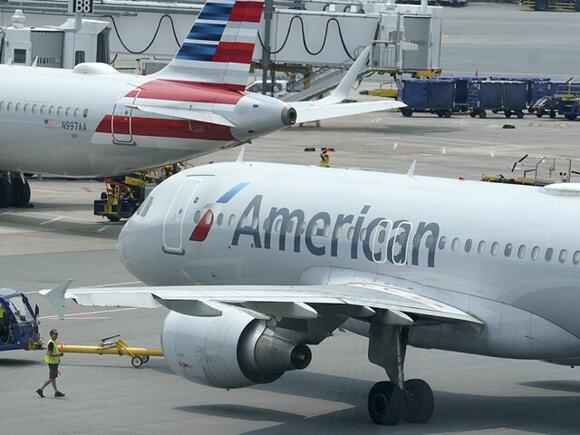 SAN DIEGO (CNS) — American Airlines was sued by a San Diego man who alleges he was wrongfully barred from future flights with the company after a 2019 interaction with a flight attendant concerning the adjustment of his seat, even though a second crew member apologized for his colleague's actions.

David Klein's Los Angeles Superior Court negligence suit seeks compensatory damages as well as a court order allowing him to fly on AA again. A representative for the airline did not immediately reply to a request for comment on the suit brought Monday.

Klein and his wife boarded an AA flight from Tokyo to Los Angeles on March 29, 2019. Shortly after they were seated, a flight attendant approached and told Klein to put his seat in an upright position, the suit states. Moments later, before Klein had adjusted his seat, the flight attendant passed by the plaintiff once again, leaned over him and began to press the seat adjustment buttons under his arm rest, the suit states.

"Surprised at having a stranger make physical contact with him, plaintiff moved the flight attendant's arm away and told her that he would adjust his seat himself, which he immediately did," the suit states.

The flight attendant left and there were no further interactions between her and Klein, according to the suit. Another flight attendant who had witnessed the incident apologized to Klein for his colleague's behavior, stating that she was "having a bad day," the suit states.

Klein says he considered the matter closed and forgot about the incident.

However, in February of this year, Klein made reservations for himself and his wife to fly on AA from Los Angeles to the Caribbean island of St. Maarten the next month for a friend's 60th birthday celebration, the suit states. Upon arriving at Los Angeles International Airport after a ride from their San Diego home, Klein and his spouse began checking their bags and found "to their surprise and horror" that Klein was not permitted to fly on American Airlines, according to the suit.

Although AA has allegedly refused to explain why he is banned from flying with them, Klein believes that the flight attendant involved in the incident involving his seat adjustment in 2019 "solely out of spite filed a report with the airline that falsely accused plaintiff of refusing to follow safety instructions."

By being barred from AA flights, Klein cannot fly to certain destinations with family members and will incur higher costs and a loss of time by having to take flights on other airlines, according to the suit.

"Plaintiff has written to the airline to ask them to please reinstate his right to travel, however he has not received any reply to his letter," the suit states.

The study—which was put together by Preply—found America's Finest City as the Ethiopian food capital of the entire country with a 4.8 rating.
SAN DIEGO, CA・1 DAY AGO
ABC 10 News KGTV

A proposal to charge people to use public restrooms in the city of San Diego is receiving mixed reaction.
SAN DIEGO, CA・10 HOURS AGO
ABC 10 News KGTV

A man suspected of attempting to rob a bank in National City surrendered to the Escondido Police Department, the FBI in San Diego announced Tuesday.
NATIONAL CITY, CA・9 HOURS AGO
ABC 10 News KGTV

On Sunday, a handful of Asian American and Pacific Islanders gathered in City Heights to address mental health. They discussed the increase in violence towards their community since the pandemic.
SAN DIEGO, CA・1 DAY AGO
ABC 10 News KGTV

Before Tuesday, when you call 911, an ambulance and firefighters are automatically sent to you. But now, non-life-threatening calls will be triage nurses.
EL CAJON, CA・7 HOURS AGO
ABC 10 News KGTV

A red panda at the San Diego Zoo managed to briefly escape from an enclosure over the weekend, but zoo officials said the animal came down from a tree on its own.
SAN DIEGO, CA・12 HOURS AGO
ABC 10 News KGTV

An 18-year-old man is in custody and faces a murder charge in connection with the death of a Chula Vista man whose body was discovered in Otay Valley Regional Park over the weekend.
CHULA VISTA, CA・13 HOURS AGO
ABC 10 News KGTV

A man who opened fire in the Gaslamp Quarter last summer and shot two bystanders in the process was sentenced Tuesday to 15 years and six months in state prison.
SAN DIEGO, CA・3 HOURS AGO
ABC 10 News KGTV

As SDG&E bills are escalating around San Diego County, some residents are going on a "payment strike."
SAN DIEGO, CA・1 DAY AGO
ABC 10 News KGTV

Anger over the disturbing beating and the death of Tyre Nichols has sparked peaceful protests across the country, including in San Diego.
SAN DIEGO, CA・3 DAYS AGO
ABC 10 News KGTV

A Chula Vista man who blew up two ATMs in an attempt to steal the money inside was sentenced Friday to more than 11 years in federal prison.
CHULA VISTA, CA・4 DAYS AGO
ABC 10 News KGTV

Authorities were at the scene nearby the 200 block of Royal Court to gather evidence for their investigation.
CHULA VISTA, CA・2 DAYS AGO
ABC 10 News KGTV

A person is dead and another has been hospitalized following a shooting in San Diego's Bay Terraces neighborhood Friday night.
SAN DIEGO, CA・3 DAYS AGO
ABC 10 News KGTV

A UC San Diego professor is getting national attention for her response to the story of a Massachusetts mother charged with the deaths of her three children.
BONITA, CA・1 DAY AGO