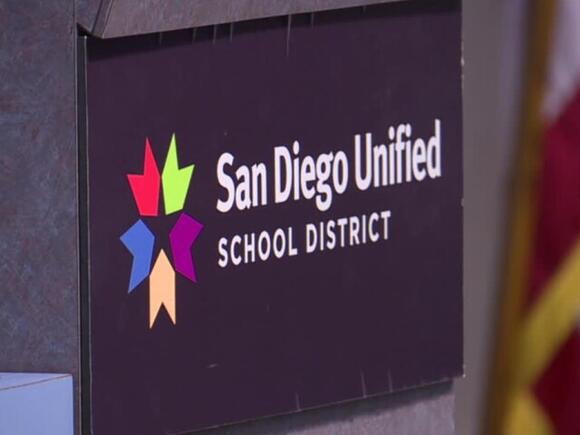 SAN DIEGO (CNS) - A state appellate court panel ruled against the San Diego Unified School District Tuesday in its appeal of a judge's decision striking down its COVID-19 vaccine mandate for students.

A three-justice panel from the Fourth District Court of Appeal ruled in agreement with San Diego Superior Court Judge John Meyer's finding that only the state can implement such a mandate without exemptions for religious or personal beliefs.

The judge ruled last December that while students are required to receive some vaccinations in order to attend in-person school, adding COVID-19 to the list of required vaccinations without allowing personal belief exemptions is an exercise of authority that lies only with the state.

The ruling stemmed from a lawsuit filed by local parents group Let Them Choose against the school district, which sought to require unvaccinated students to take part in remote learning via independent study. Meyer said attendance in an independent study program must be voluntary, while such a program would be mandatory under the district's roadmap.

In Tuesday's ruling, the appellate panel wrote that the district's roadmap requires students "to choose between a mandated COVID-19 vaccination and involuntary independent study ... a choice the legislature does not permit the district to compel."

Earlier this year, the school district delayed implementing its mandate until at least July of next year.

Over the past several years we've mainly seen them in Arizona and Texas, but it is the first time the San Diego sector has seen something like this.
SAN DIEGO, CA・2 DAYS AGO
ABC 10 News KGTV

After nearly three hours of public comment on Tuesday, the council appointed Alonso Gonzalez, one of 10 candidates who were considered for the position.
CHULA VISTA, CA・4 DAYS AGO
ABC 10 News KGTV

A driver suffered a medical emergency, which caused his car to go off the Otay Mesa (905) Freeway in San Diego Saturday evening.
SAN DIEGO, CA・2 HOURS AGO
ABC 10 News KGTV

A proposal to charge people to use public restrooms in the city of San Diego is receiving mixed reaction.
SAN DIEGO, CA・5 DAYS AGO
ABC 10 News KGTV

Nick Piazza is charged with inappropriately touching 3 children. One at a swim school, and the other two at private homes.
SAN MARCOS, CA・4 DAYS AGO
ABC 10 News KGTV

A homeless man suspected of holding another hostage with a knife to his throat was shot by an officer in Chula Vista on Saturday night.
CHULA VISTA, CA・26 MINUTES AGO
ABC 10 News KGTV

Biden's visit is part of a California trip in support of the administration's efforts regarding cancer treatment and initiatives for military and veteran families.
SAN DIEGO, CA・2 DAYS AGO
ABC 10 News KGTV

The recording was secretly captured on a student's iPad and sent to other students. The teachers can be heard using foul language and swear words to describe students' behavior.
SANTEE, CA・3 DAYS AGO
ABC 10 News KGTV

Before Tuesday, when you call 911, an ambulance and firefighters are automatically sent to you. But now, non-life-threatening calls will be triage nurses.
EL CAJON, CA・4 DAYS AGO
ABC 10 News KGTV

On Sunday, a handful of Asian American and Pacific Islanders gathered in City Heights to address mental health. They discussed the increase in violence towards their community since the pandemic.
SAN DIEGO, CA・6 DAYS AGO
ABC 10 News KGTV

The only lung cancer walk in the state happened this morning at Liberty Station. It was organized by the American Lung Association. Every person walked for a reason.
SAN DIEGO, CA・6 DAYS AGO
ABC 10 News KGTV

A trolley struck and killed a pedestrian Friday in a commercial area near San Diego International Airport.
SAN DIEGO, CA・1 DAY AGO