… Monday was a very good day to be on Lake Pleasant and we got as many varied species as we got bumps in shallow water … eagles, hawks, various ducks, grebes, sand pipers and so many more.

The mergansers are back and we were fortunate enough to get some shots of them exploding past us on their way out of a shallow finger bay as shown above.

The Great Egret below is displaying classic beauty as he wheels away from us and the shadow of his right wing adds an accent to his neck. Nearly six hours on the lake today … the sun brought us a warmth that was nice. Wrapping the day and another day is underway … I’ll be rejoining it soon enough. 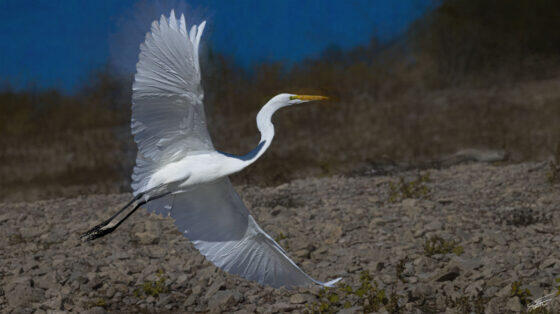 Smile … you’re here! Another chance to get it right and make someone else’s day a good one too.

Time was when men held saner counsel here.
Will that time come again? Shall we behold
From this grim madness some new love unfold?
We pray for gentler times, when men shall cease
His brother man to bully or to fear.
Great God, among ourselves let us have peace!

excerpt from Crisis by Max Ehrmann 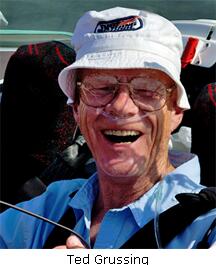 The easiest way to reach Mr. Grussing is by email: ted@tedgrussing.com

In addition to sales of photographs already taken Ted does special shoots for patrons on request and also does air-to-air photography for those who want photographs of their airplanes in flight. All special photographic sessions are billed on an hourly basis.

Ted also does one-on-one workshops for those interested in learning the techniques he uses.  By special arrangement Ted will do one-on-one aerial photography workshops which will include actual photo sessions in the air.

This post Today’s Photo From Ted Grussing Photography: They’re Here … and They’re Off originally appeared on Sedona.Biz - The Voice of Sedona and The Verde Valley .