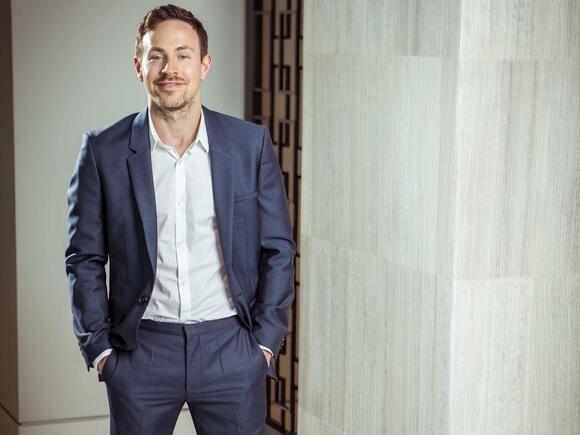 Who Is Ryan Cohen?

37-year-old Ryan Cohen is the former CEO of Chewy ( CHWY ) - Get Free Report , the online pet retailer that he founded when he was just 25 years old. He eventually sold Chewy to PetSmart in a $3.3 billion deal and has since pursued other investment objectives.

However, Cohen became infamous when he became the largest individual shareholder of GameStop ( GME ) - Get Free Report at the end of 2020. He initially acquired 10% of GME's shares but subsequently increased his ownership percentage to about 13% through his holding company, RC Ventures.

The timing of Cohen's GameStop investment couldn't have been better. His investments were made before the short-squeeze event in 2021, when GME shares jumped over 2,500% in a matter of a few days.

A little later in 2021, Cohen was appointed chairman of GameStop's board, strengthening his ties with the video game retailer beyond a simple investment.

Cohen rarely makes public appearances. He usually communicates with shareholders through mysterious and humorous Twitter posts — which tend to attract a lot of speculation.

Why Did Ryan Cohen Invest in GME?

After nearly two years of not making a single public appearance, Ryan Cohen recently gave an interview to GMEdd.com, a site dedicated to covering GameStop's stock for retail investors.

According to Cohen, the reason behind his few public appearances is that his time is mostly devoted to GameStop, where he has been working on a turnaround plan relentlessly for the past few years.

Cohen also said that he is always on the lookout for new investment opportunities and that he likes companies focused on consumer businesses, which is his core competency.

During the interview, when asked why he chose GameStop to invest in back, Cohen said that some of his reasons had to do with valuations and market skepticism:

"I invested in GameStop because I thought it was cheap and the intrinsic value of the business was worth more than the price that I paid. There was a tremendous amount of skepticism around GameStop and those are the things that I like... looking at things while no one is looking at them."

Cohen also said he is contrarian by nature, and that was a determining factor for his investment in GameStop at a time when investors were more interested in other assets.

"The opposite of that is IPOs, where the animal spirits are out and everyone is kind of standing in line trying to give them money. GameStop was on the opposite end of that. No one was interested in investing at the time I made the investment; it was hugely unpopular."

According to Cohen, he became aware of the enthusiasm of retail investors and their activity in GameStop shortly after he filed his first Form 13D, a document that must be filed with the SEC within 10 days of purchasing more than 5% of the shares of a public company.

When Ryan Cohen decided to join GameStop's board, he said he made a long-term commitment to the company. There was a lot of "board drama" at the time that had nothing to do with the volatility of the market, according to him.

Soon, Cohen decided to initiate a transformation process by changing the entire composition of the company's board of directors, and also replacing the entire management team. Thus, all his time was dedicated exclusively to those internal issues in the company and not necessarily to the volatility of GameStop shares.

Finally, when asked if any event similar to the January 2021 squeeze could ever occur again with GameStop's stock, Cohen said that he does not know but has hopes it can still happen:

“Anything can happen in financial markets.”

Thanks to retail investors on social media forums, Bed Bath & Beyond has managed to steer clear of bankruptcy for now. Here's what you need to know.
12 HOURS AGO
MemeStockMaven

After a bullish January, these stocks have entered the crosshairs of short-squeeze hunters.
5 DAYS AGO
MemeStockMaven

AMC stock has been up more than 60% so far in 2023. Here is what investors should know about what could be a year of strong recovery for shares of the movie theater operator.
2 DAYS AGO