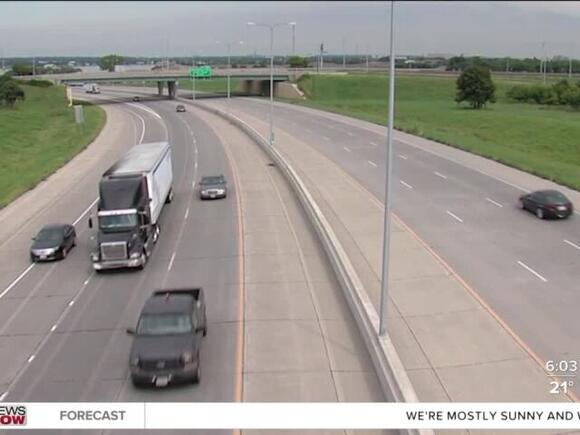 The Nebraska Department of Transportation has a warning for drivers because of an increase in traffic-related deaths this year.

So far this year, 233 people have been killed.

That number was 195 this time last year.

For the last five years, the average was about 58 per year, but this year, we're up to 84 with another month still left.

State and local agencies say they're working to lower the number of accidents and deaths during the holiday season.

The state patrol says they've issued several citations for people driving over 100 mph so they're asking everyone to be careful as they travel for Thanksgiving.

The cannabis industry is getting ready for recreational cannabis sales to begin in Missouri on February 6.
MISSOURI STATE・2 DAYS AGO
KMTV 3 News Now

A surgeon who was once barred from practicing in Iowa due to allegations of professional incompetence, sexual harassment and unethical conduct has been issued a warning by the Iowa Board of Medicine.
IOWA STATE・19 HOURS AGO
KMTV 3 News Now

He knew returning to the family farm was an option when he got out. He also knew he needed to learn modern farm management and business practices to succeed in competitive modern agriculture.
BARTLETT, NE・6 DAYS AGO
KMTV 3 News Now

For years now classrooms and school board meetings have become the front lines of a clash between career educators and conservative parents.
NEBRASKA STATE・4 DAYS AGO
KMTV 3 News Now

The Iowa Board of Pharmacy has fined an online pharmacy $10,000 and temporarily barred it from filling prescriptions for Iowa patients.
IOWA STATE・7 DAYS AGO
KMTV 3 News Now

Opponents of abortion took to the streets in front of the capitol Saturday for the annual Walk for Life, the first event since the Supreme Court overturned Roe v. Wade last summer.
NEBRASKA STATE・6 DAYS AGO