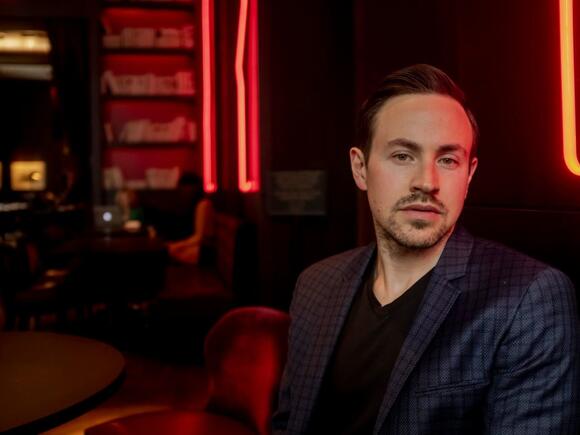 GameStop Chair Ryan Cohen recently gave an interview in which he explained some of his most mysterious tweets. Here's what investors need to know.

Ryan Cohen has become one of the major characters in the GameStop ( GME ) - Get Free Report story. The activist investor bought a large chunk of the company's shares in 2020 and watched them rise in value during the January 2021 "meme mania."

However, Cohen went further. His investment in the company has turned out to be a long-term commitment that got him to the position of chairman of GameStop's board. And Cohen has been leading a comprehensive turnaround plan for the company's business.

Read more: Citadel's Ken Griffin: Could the FTX Collapse Hurt the Financial Markets as a Whole?

GameStop Chairman Ryan Cohen is the kind of executive who rarely makes public appearances. Instead, he often communicates with the company's shareholders through his Twitter account.

However, Cohen's tweets are often cryptic, leaving GameStop shareholders struggling to figure out their meanings and what they mean for the company. When asked, Cohen simply says, "My tweets are just me being me."

In a recent interview with GMEdd.com, Cohen revealed the meanings of some tweets that have puzzled GameStop's retail shareholders.

“I have a very dark sense of humor, and I can be very self-deprecating at times.”

Sears being torn down

“That could be GameStop.” Cohen said, laughing. “I think that it has a lot of potential similarities.”

Toilet with a fax machine and a phone

“A very efficient setup by the way. And I do my best work at the toilet.”

“That’s the kind of sentiment it sometimes feels about GameStop.”

“I can’t believe the amount of money spent on college tuition when you can basically find and learn everything online.”

“When I go to [GameStop’s] stores, I am always ghost shopping.”

“I don't know what the solution is. I don't understand all these management fees and why people give their money… whether in mutual funds, private equity, or venture capital. A lot of structures are set up with "heads I win and tails you lose." They make money regardless of whether they outperform the S&P 500.”

Cohen later replied by saying that “directors should comprise owners who bought shares with their own money.”

About this reply, Cohen said, “I think this is the simple and most effective solution. We’ve got a boardroom full of owners who are risking their capital. It is very very different when something is given to you as risk-free compensation and regardless the business does… you end up making money versus you bought shares with your own money and serve on a board.”

Cracking down on short sellers

“If you are long you have to disclose those positions, but if you are short, you don’t have to. It should be the same rules that apply to short sellers as people that have long positions… and ultimately that is what probably is going to happen.”

He also added, “It is deeply disturbing to see what is going on and the wealth inequality in this country.”

“I think that there is a lot to learn from Carl [Icahn]. He’s the [Original Gangster] activist and he’s been doing it for a long time. When it comes to investing, I learn a lot from my father and I kind of have an híbrid approach ready to go, activist, if the opportunity is right.

“But if I can sit on my hands and invest in a great business with a competent management team the way that Buffett does and let your capital compound for you. So I’m pretty agnostic in terms of what the approach is whether activism or passive investing.”

To keep their shares away from brokerage houses, GameStop shareholders have been engaging in an impressive and unusual collective strategy.
7 HOURS AGO
MemeStockMaven

Ken Griffin's Citadel fund made record profits during the past year. However, two years ago, the fund was involved in a controversy during GameStop's short squeeze.
7 DAYS AGO
MemeStockMaven

Betting on GameStop has become more than just an act of investing; for many, to invest is to join a movement against the Wall Street status quo.
1 DAY AGO
MemeStockMaven

According to a Seeking Alpha author, AMC could go bankrupt this year, dragging AMC stock sharply down. Here are a few counterarguments to the bearish view.
6 DAYS AGO