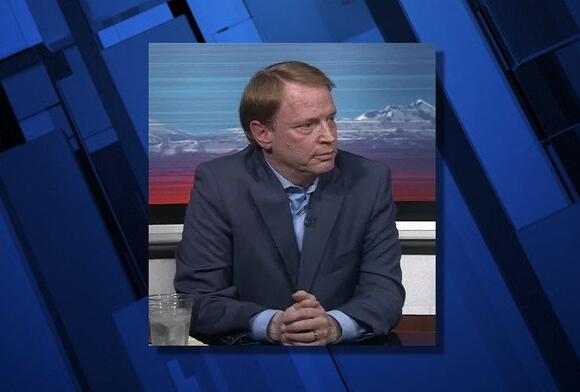 SALEM, Ore. – On Friday, Senate Democrats met at Salishan Resort to choose their nominee for Senate president, in the wake of Peter Courtney's retirement. The choice of Senator Rob Wagner, D-Lake Oswego, "suggests a concerning new direction," according to Senate Republican Leader Tim Knopp, R-Bend, who issued this statement:

“Oregonians are facing a number of crises that require action from the Oregon Legislature. With close results in several key Senate elections, and the end of the supermajority, voters indicated they want their elected officials to work together in a bipartisan fashion now more than ever.

"I am disappointed that Democrats first step in preparation for the 2023 Session is to designate a new nominee for Senate President without seeking any input from Republicans. Senator Wagner has shown he is untrustworthy, deeply partisan, and doesn’t have the necessary skills to run the Senate in a bipartisan fashion. There are no votes in the Senate Republican caucus for Senator Wagner.

"If Democrats are intent on uniting Oregon to fix our problems, Republicans are all in. If Democrats want to run a progressive agenda to pay back their supporters, they can expect total opposition," Knopp concluded

While certification will not occur until December, Democrats appear on track to lose their supermajority and hold their Senate majority by a small margin, the Republican lawmaker said. The combined total margins in Senate District 3 and Senate District 20 are approximately 2,850 votes.

well if knopp...or any other Senator that o emailed in July 2020 had any balls then they may ha e actually looked into the screenshot proof that I submitted showing anyone could access the majority of anyone's myvote, and vote for them, if they had not already voted....so sorry, quit the damn whining and actually do something...oh wait the fed suit you guys all refused to give, someone else is and with my info. ps every single dem and repub in Oregon turned a blind eye to this voting/my vote issue. Senator Riley told me it was impossible, until I showed him and then crickets.

SALEM, Ore. (KTVZ) – In August 2022, Willamette Week published a story which highlighted a Department of Administrative Services policy allowing state employees to work remotely while living in states with no income tax, and having their travel reimbursed by taxpayers. The policy states that “employees who work under the full-time remote work model must The post Knopp bill, backed by all 30 senators, would ban state workers’ out-of-state travel reimbursements appeared first on KTVZ.
OREGON STATE・5 DAYS AGO
Toni Koraza

Photo byPhoto 122725292 © Joe Tabb | Dreamstime.com. DeSantis is keeping his 2024 plans quiet, while Trump loses no time to coming after DeSantis. Former President Donald Trump intensified the tension between him and Ron DeSantis when he shared a video of the Florida governor on his Truth Social page.
FLORIDA STATE・1 DAY AGO
SheKnows

Donald Trump’s campaign team in Wisconsin knew they lost the state in the 2020 presidential election, but that didn’t stop them from trying to spin a fraud narrative. There’s new audio that is confirming that Republican officials behind the scenes were trying to cook up a story that the election was stolen.  This is the latest chaotic issue to come down the pike as Donald Trump tries to run for president for the third time. According to the Associated Press, who posted the leaked audio, the voice is of Andrew Iverson, who led the former president’s campaign in Wisconsin, and shockingly...
WISCONSIN STATE・3 DAYS AGO