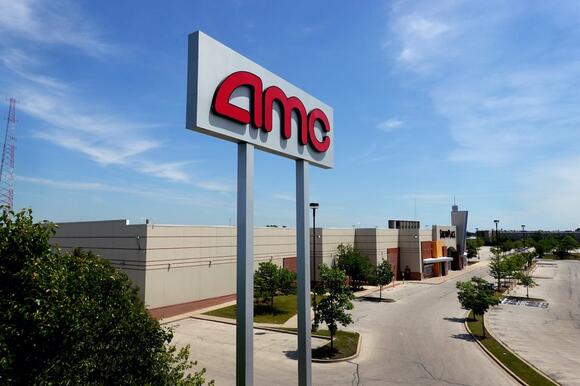 Elevated short interest, sky-high borrowing rates, and millions of failures to deliver have created the perfect setup for another AMC short squeeze.

Read more: Citadel's Ken Griffin: Could the FTX Collapse Hurt the Financial Markets as a Whole?

Taking a Look at Borrow Rates

Borrow rates or borrow fees refer to the fees charged by brokerage firms when they lend stocks to short sellers. The higher the rate, the more expensive it is to borrow a stock.

Borrow fees are heavily influenced by the supply and demand conditions of the market. If a stock is in high demand for short sellers, borrow fees inch upward. Borrow fees will also increase as the supply of available, “shortable” shares decreases.

Generally, borrow fees hover between a 0.3% and 3% annualized rate. Rates far exceeding 3% can be a warning signal; short sellers willing to take on heavier borrowing fees need to have even more conviction that a stock will fall precipitously.

AMC Entertainment ( AMC ) - Get Free Report stock borrow rates have remained quite high in recent months. Clearly, the movie theater chain is still the target of high short interest. The latest data from S3 Partners attest that half a billion dollars worth of AMC shares is being shorted.

In Q3, AMC was one of the top five most profitable stocks for secured lenders in the U.S. Much stock lender profit was thanks to the high borrow fees charged to AMC short sellers. During

For the month of October, AMC had an eye-popping average borrow rate of 18%.

On November 8th, AMC reported an all-around beat on its Q3 earnings. Shares rallied more than 50% over the following few days.

AMC’s rally was also bolstered by positive news in the broader market. A cooler-than-expected CPI report has led many investors to believe that inflation has finally peaked.

Such extreme borrow rates are a signal that short demand is through the roof or that share supply is low - or both.

Shorting AMC, then, has become almost prohibitively expensive. The setup for a short squeeze is perfect.

Data from November 18th show that AMC borrow rates are sitting near the 60% mark. Though they’ve fallen from their 100% peak, those are still wildly high rates.

Finally, A Look at Failure to Deliver

Retail traders and shareholders following AMC should also be cognizant of the company’s failure to deliver data.

In trading, failure to deliver (FTDs) is when one party to a transaction fails to fulfill its obligations on the pre-agreed-to settlement date. On the buyer side of the trade, FTDs imply that there is a lack of money to proceed with the order. On the sell side, FTDs imply that sellers don't actually have assets to sell.

Below, you’ll see the data on AMC stock's failure to deliver during October. These data were provided by the US Securities and Exchange Commission (SEC).

As highlighted in red on the chart, during at least five trading sessions this month, AMC's FTD numbers exceeded 1 million. It should be noted that, if short sellers intend to deliver an asset once the delivery restrictions are removed, the SEC guarantees them a 35-calendar-day grace period following the settlement day.

Given that AMC's failure to deliver rate has remained above 1 million for several trading sessions in October, it should not be a surprise to see bumps in AMC’s share price throughout November and even early December as late deliveries are made.

After a bullish January, these stocks have entered the crosshairs of short-squeeze hunters.
4 DAYS AGO
MemeStockMaven

Roundhill’s Meme ETF has had an excellent start to 2023. We look at the top 3 stock holdings in the fund today and debate whether they could see further upside from here.
25 MINUTES AGO
MemeStockMaven

Since GameStop's historic short squeeze two years ago, the markets have undergone plenty of scrutiny. Here's what you need to know about the short squeeze's effects on stocks.
6 DAYS AGO