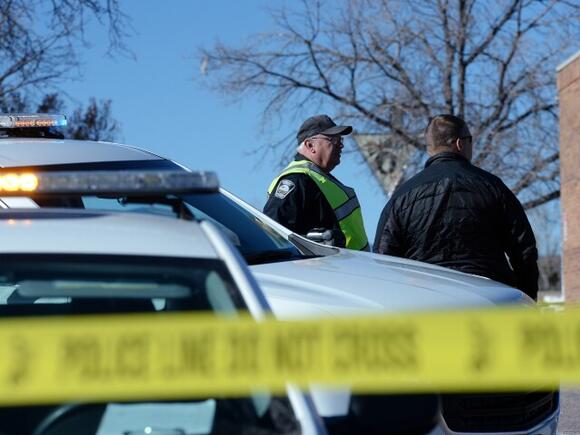 COLORADO SPRINGS, Colo. — We're learning more about the victims of Saturday's mass shooting at Club Q that killed five people and injured 17 others.

Denver7 spoke to Greg Charter, a former employee at the bar, who is mourning the loss of his friends and former co-workers.

"Unapologetic. This is who I am and you can adjust or not. That’s the kind of person he was, very strong and proud," Charter said of his friend, Daniel Davis Aston, who is among the victims of the deadly shooting. "It’s just devastating to know that he, too, passed because of this event."

Aston is the first victim who has been identified in the deadly shooting. The 28-year-old was working as a bartender late Saturday night when a gunman opened fire inside the club.

"It's terrifying to know that it truly can happen anywhere," Charter said.

He said the club is a haven for many in the LGBTQ+ community.

MORE | 'We are devastated': Officials react to deadly mass shooting at Club Q in Colorado Springs

"Family and home and that’s what it means to us," he said.

Denver7 spoke to another man, who didn't want to be identified, who is mourning the loss of a friend who was also bartending that night. That victim's name has not yet been released.

"He was friendly, loving. He got along with everybody. He was the resident bartender. Everyone knew him. Everyone loved him and he loved everybody," he said.

MORE | ‘ This is our home. This is our space’: Witness describes shooting inside Colorado Springs LGBTQ nightclub

A community in mourning is now supporting one another in a time of tragedy.

"We need to come together and stop the hate, that’s what this was. It was hate against a community that didn’t hurt anybody. We don’t hurt anybody and people hate on us," the victim's friend added.

Investigators said they would treat the investigation as one potentially involving a hate crime but said early Sunday the motive for the shooting was not yet clear.

KOAA News5 and the Scripps Howard Fund have set up an easy way for you to help the victims of the Club Q shooting. Simply text "COS" to 50155 and your donation will help pay the medical bills for the victims. News5 will pay all transaction fees to ensure 100% of your donation goes to the Colorado Healing Fund.

The City of Colorado Springs has also provided a list of mental health resources and vigils happening throughout the city for those affected following the tragedy.

Even with several sub-zero mornings this season, meteorological winter for Southern Colorado hasn't been as cold as it could be.
COLORADO SPRINGS, CO・14 HOURS AGO
KOAA News 5 Southern Colorado

Hikers and bikers in Colorado Springs need to be aware that a series of projects will be happening at Red Rock Open Space over the next eight months.
COLORADO SPRINGS, CO・4 DAYS AGO
KOAA News 5 Southern Colorado

'Earn and Learn', Innovative culinary apprenticeship launching in The Springs

“We need to revitalize, we need to get people back into the workforce." A new paid culinary apprenticeship program is starting in Colorado Springs
COLORADO SPRINGS, CO・11 HOURS AGO
KOAA News 5 Southern Colorado