Murder suspect arrested in connection with Killeen's 19th homicide of 2022 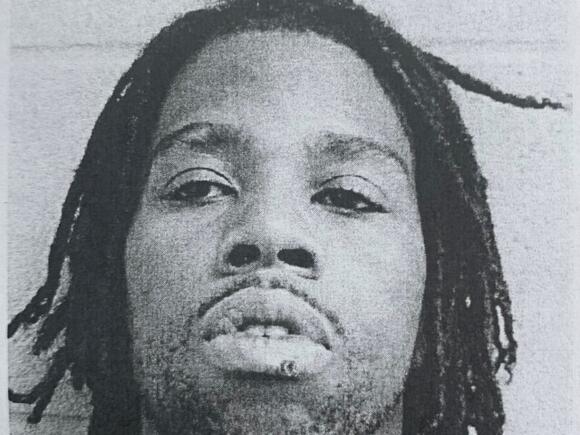 A 31-year-old man has been arrested for a murder that occurred last week in the 5000 block of Primavera Lane .

Authorities located and arrested Kenneth Lloyd Carter for the homicide on Thursday in Humble, according to the Killeen Police Department.

Gibson was the City of Killeen’s 19th murder victim this year.

Police found and took Carter into custody after Killeen Police Department’s Robbery-Homicide Unit had presented the case to the Bell County District Attorney’s Office. A complaint for murder had been returned and arrest warrant issued, a news release Friday said.

25 News will provide additional details when they become available.

The Temple Police Department is currently investigating a shooting that left a residential property damaged.
TEMPLE, TX・3 DAYS AGO
25 News KXXV and KRHD

"Please be safe when crossing train tracks and always be mindful when a train is passing through." Cierra Shipley, Waco PIO said.
WACO, TX・2 DAYS AGO
25 News KXXV and KRHD

The woman was reportedly standing in the sunroof of a car when she was shot by a suspect from what police believe was another vehicle.
HOUSTON, TX・3 DAYS AGO
25 News KXXV and KRHD

Temple police said traffic is currently being redirected and are asking the public to avoid the area.
TEMPLE, TX・1 DAY AGO
25 News KXXV and KRHD

Due to severe icy weather, H-E-B stores located across Central Texas will be opening two hours later than normal this morning.
BELTON, TX・1 DAY AGO
25 News KXXV and KRHD

City of Waco set to consider options for Lions Park

The fencing is down and the amusement park is gone. Waco Lions Park, once home to 'Kiddieland', is open once again.
WACO, TX・7 DAYS AGO