Citadel's Ken Griffin: Could the FTX Collapse Hurt the Financial Markets as a Whole? 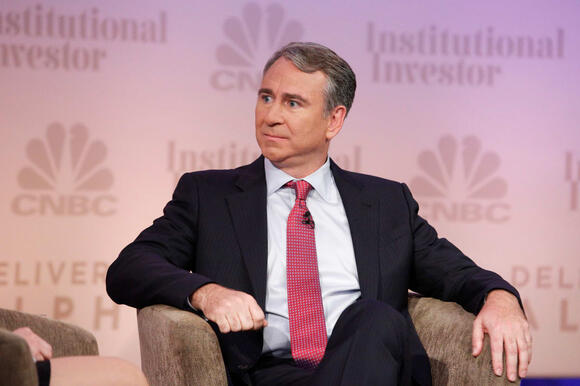 According to Citadel CEO Ken Griffin, recent developments in the crypto space could shake confidence in the financial markets in general.

Griffin on the FTX Crash

Recently, the collapse of cryptocurrency broker FTX has raised many concerns about the crypto space.

Citadel's Ken Griffin, who is known for being a long-time crypto skeptic, was asked about the FTX debacle during an interview at the Bloomberg New Economy Forum in Singapore. He said that FTX "is one of these absolute travesties in the history of financial markets."

According to Griffin, the billions of dollars that traders have lost on crypto have affected the confidence of all the financial markets. This is the culmination of the decline in cryptocurrencies' values over the past two years, which Griffin said has had serious consequences for investors.

"This is terrible because the 20- to 40-year-olds who are so committed to crypto, they have to save for their retirement... They need to own stocks... They need to participate in our global capital markets," Ken Griffin siaid.

However, earlier this year, Griffin stated that he was willing to start a new relationship with the crypto industry, admitting that he was wrong about his skepticism.

During a Bloomberg interview in March, the Citadel CEO said, "Crypto has been one of the big stories in finance over the last 15 years. And I'll be clear, I've been in the nayer camp over that period."

Even though he made it clear that he was still doubtful about the industry, he had also said that Citadel Securities would considering becoming a crypto market maker.

"It is fair to assume that in the coming months, you will see us engaged in making markets in cryptocurrencies," he said.

"To the extent that we are trying to help institutions and investors solve their portfolio allocation problems, we have to seriously consider being a market maker in crypto," Griffin added.

In June, CoinDesk reported that Citadel Securities was building a crypto trading marketplace, working in conjunction with Virtu Financial and other venture capital firms.

Why Griffin Thinks Speculative Assets Are Not Healthy for the Economy

Ken Griffin also has a negative opinion on meme stocks. A few months ago, he said that the declining performance of speculative assets like meme stocks, NFTs, and cryptocurrencies is healthy for the economy.

The Citadel CEO also blames the U.S. government's response to COVID as the cause of the speculative bubbles. Griffin said that, in many cases, the government continuing to hand out stimulus chekcs after the worst of the pandemic had passed encouraged retail investors to invest in assets like meme stocks.

Instead, Griffin believes the government should have earmarked that money for more productive uses.

Citadel Securities found itself in the middle of a controversy with the GameStop ( GME ) - Get Free Report short squeeze event in early 2021. The market maker was the driver of payment order flow (PFOF) through agreements with e-brokerages such as Robinhood ( HOOD ) - Get Free Report .

Ken Griffin has denied any accusations of misconduct related to the the event, and in November 2021, a U.S. District Court dismissed a class action lawsuit involving the company, ruling that there is no evidence that Robinhood and Citadel had colluded.

After a bullish January, these stocks have entered the crosshairs of short-squeeze hunters.
3 DAYS AGO
MemeStockMaven

With the company on the verge of bankruptcy, Bed Bath & Beyond's stock has been one of the hottest trades of the year so far.
7 DAYS AGO
MemeStockMaven

I re-emphasize that buying the momentum is probably the best way to trade ARKK ETF. And the rally may have already started this early in 2023.
4 DAYS AGO