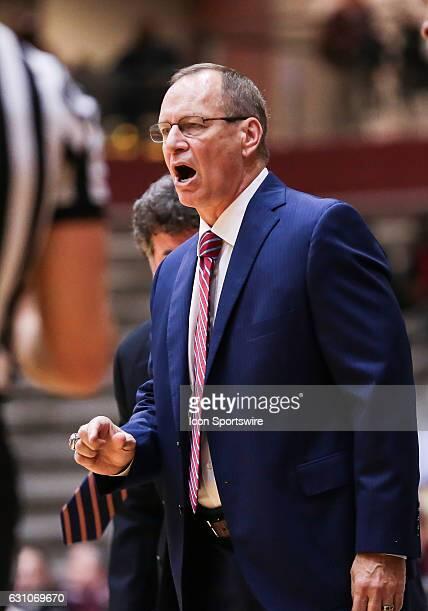 LAFAYETTE – Greg Williams, Jr., scored seven of his 16 points in a 19-3 run in the second half as the Louisiana Ragin’ Cajuns rallied from an 11-point deficit to claim a 94-88 win over in-state rival Louisiana Tech on Thursday at the Cajundome.

Terence Lewis II notched his second double-double of the season with 23 points and a career-high tying 12 rebounds as Louisiana (4-0) scored 59 points in the final 20 minutes and equaled its best start since opening 4-0 in 1989-90.

Jordan Brown and Kentrell Garnett added 16 points each for the Ragin’ Cajuns while Jalen Dalcourt came off the bench to add 12. Themus Fulks dished out seven assists as Louisiana shot 70 percent (19-for-27) from the floor in the second half and earned its second come-from-behind win over Louisiana Tech (1-2) in three seasons.

Louisiana Tech finished 33-for-63 (52.4 percent) from the floor in the game and was 9-for-16 from behind the 3-point line. The Bulldogs took their biggest lead at 72-61 after Cobe Williams’ steal and dunk with 8:55 remaining.

The Ragin’ Cajuns would then battle back beginning with a pair of buckets by Williams’ before Lewis converted a three-point play. Brown added a dunk for Louisiana before a bucket by Lewis, who went 9-for-12 from the floor, tied the game at 72-all with 6:12 remaining.

Isaiah Crawford followed with a bucket for Louisiana Tech before Terran Williams made one of two free throws to put the Bulldogs back up, 75-72.

Williams, who scored all of his points in the second half, would start an eventual 8-0 run for Louisiana with a baseline jumper before a free throw by Brown and Garnett’s fourth 3-pointer of the game would put the Ragin’ Cajuns up for good.

Louisiana would take an 86-79 lead after a layup by Williams before the Bulldogs would fight back to with 86-84 after a 3-pointer by David Green and a dunk by Crawford.

Williams, who went 8-for-8 from the line, made four straight in the final minute for Louisiana as the Ragin’ Cajuns finished 22-for-32 from the charity stripe, including 18-for-23 in the second half.

The win is No. 450 at the Division I level for Louisiana head coach Bob Marlin and No. 573 overall (includes 123 wins at Junior College level) … Louisiana rallies from 11-point deficit in second half to win and post first 4-0 start to the season since 1989-90.

For the latest news, weather, sports, and streaming video, head to KLFY.com.

Cajuns Clamp Down On Bobcats To Run Win Streak To Nine, 82-63

(UL Athletics) LAFAYETTE – The Louisiana Ragin’ Cajuns Women’s Basketball team’s shooting was on point in crunch time on Thursday, February 2 lifting the team to a 66-58 win over ULM at the Cajundome. Louisiana (14-9, 8-3 SBC) landed its fifth consecutive victory, now the team’s season-best winning streak, by shooting 61.5 percent (8-of-13) from the field […]
LAFAYETTE, LA・9 HOURS AGO
KLFY News 10

The Louisiana Ragin’ Cajuns Women’s Basketball team’s shooting was on point on Thursday, Feb. 2 lifting the team to a 66-58 win over ULM at the Cajundome.
LAFAYETTE, LA・9 HOURS AGO
KLFY News 10

(UL Athletics) LAFAYETTE, La. – The University of Louisiana and the University at Buffalo agreed to a home-and-home football series in 2023 and 2030, it was announced Thursday. The first contest will take place on Sept. 23 at Cajun Field while the return game will be played on Sept. 21, 2030, at Buffalo. “We are very excited to […]
BUFFALO, NY・18 HOURS AGO
KLFY News 10

In the lone game on the high school basketball schedule, Thursday Night, it was a battle for the city of Crowley braggin’ right. The Pios outlasted The Gents, 46-43 in a thrilling high school matchup. Notre Dame hosted Crowley, in a non-district matchup at AB Dore Gym at Notre Dame. The Gents were led by […]
CROWLEY, LA・8 HOURS AGO
KLFY News 10

Her coach Kenny Demouchet says that's what hard work and determination got her.
LAFAYETTE, LA・2 DAYS AGO
KLFY News 10

University of Louisiana football capped off its 2023 signing class with the signing of four prospects to National Letters of Intent on Wednesday.
LAFAYETTE, LA・1 DAY AGO
KLFY News 10

While Driskill Mountain in Bienville Parish is now the undisputed highest point in Louisiana, well up into the 20th century that honor was claimed by various sites across the northern reaches of the state.
LOUISIANA STATE・15 HOURS AGO
KLFY News 10

Jeffery Istre, an oilfield worker and Army veteran with Acadiana roots is running for governor as an independent.
LOUISIANA STATE・21 HOURS AGO
KLFY News 10

Meet the woman shaking up the rum industry in Baton Rouge

The woman was shot at least three times near the intersection of Trimble Road and Esteswood Drive just after 11:30 p.m. Monday.
NASHVILLE, TN・17 HOURS AGO
KLFY News 10

Former State Senator Elbert Guillory is running for Lieutenant Governor of Louisiana, according to a Thursday, Feb. 2 news release from his office.
LOUISIANA STATE・16 HOURS AGO
KLFY News 10

The popular restaurant The French Press, which opened in downtown Lafayette more than 14 years ago, has announced it will expand to a second location.
LAFAYETTE, LA・1 DAY AGO
KLFY News 10

Lafayette Renaissance Charter High School is enjoying its new home on the Northside of Lafayette after years of rejection.
LAFAYETTE, LA・1 HOUR AGO