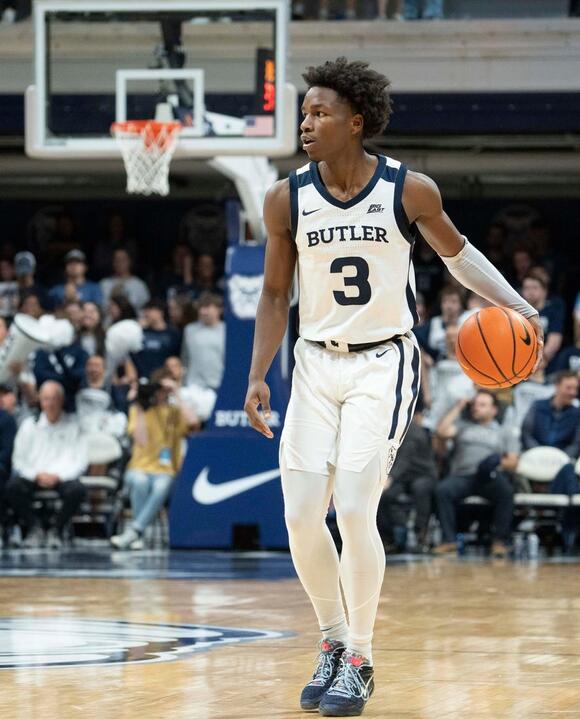 St. Francis watched “Hoosiers” during its 440-mile bus ride from Loretto, Pa., to Indianapolis, which might have sparked the Red Flash’s hot start as they led for nine of the first 13 minutes.

Manny Bates picked up his second foul and left just 6:05 into the game without a point or a rebound with Butler leading 15-13. With the Bulldogs’ leading scorer and rebounder on the bench for the rest of the half, both teams stayed hot and swapped the lead nine times.

The Red Flash took a 25-20 lead on Land’s driving layup with 9:40 left in the first half, but Butler clamped down defensively and cranked up its transition game. The Bulldogs’ late 11-0 run gave them a 44-33 lead at the break as they rolled up 17 fast-break points and 28 points in the paint.

Butler continued its blitz in the second half with Bates back on the floor. The Bulldogs hit 8 of their first 9 shots — including two mid-range jumpers and a dunk by Bates — to seize a 60-42 lead with 15:09 left that forced the Red Flash to stop the action with a timeout.

St. Francis didn’t fold as Cohen finished an 11-0 run with a putback basket, which cut Butler’s lead to 66-57 with 8:34 to go and inspired Thad Matta to call a timeout.

Harris drilled a 3-pointer from the left wing on Butler’s ensuing possession to spark a 17-3 run that clinched matters.

After back-to-back wins at home, No. 13 Xavier will be tested on the road on Friday night in a Big
INDIANAPOLIS, IN・7 HOURS AGO