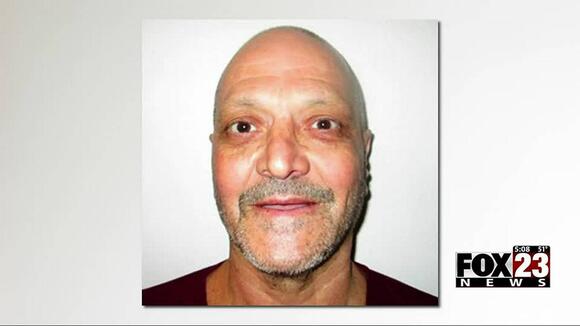 Fairchild was convicted for the 1993 murder of his girlfriend’s son, 3-year-old Adam Broomhall.

Officials said there were no complications with Fairchild’s execution. It did start later than expected due to last minute decisions with the courts.

Both the Supreme Court and Oklahoma Court of Criminal Appeals declined to intervene.

This was the first execution under new Oklahoma Department of Corrections Director Steven Harpe.

During the post-execution press conference, Harpe spoke about the professionalism of the prison staff.

“To be honest, it’s a horrible day,” said Harpe. “I don’t want to take anything away from the families, but it was impressive how professional it was carried out.”

“Our long journey for justice has finally arrived,” said Hurst. “Adam would have been 34 today. From now on, the narrative is going to be about him, not Mr. Fairchild.”

“I felt like Fairchild’s remorse was sincere,” said Hurst. “He showed compassion. I was surprised by it, in 30 years he’s never done that.”

Sean Murphy with the Associated Press wrote that Fairchild mentioned God, saying he found peace and he’s going to meet his heavenly father.

Both the Oklahoma Attorney General’s Office and the Oklahoma Coalition to Abolish the Death Penalty issued statements after Fairchild’s execution.

“We shouldn’t have to hold up signs on the road that say ‘Don’t Kill the Mentally Ill’ and ‘Stop Executing Veterans.’ This is the fourth person with mental illness and brain damage that the State has executed in 2022. No end is in sight. We have 23 more executions scheduled in the next 26 months. Oklahoma is ruled by people with hard hearts. Richard Fairchild was a beloved child of God. I hope that he is now at peace.”

“The State’s execution of Richard Fairchild was carried out with zero complications at 10:24 this morning, 29 years after he brutally tortured to death three-year-old Adam Broomhall,” said Attorney General John O’Connor. “Yesterday, Fairchild’s attorneys filed two lawsuits claiming he did not understand why he was being executed. In Fairchild’s last words, he called today ‘Justice for Adam day.’ Fairchild acknowledged that Adam would be 34 years old today and he apologized to Adam’s family. In spite of his attorney’s last-minute attempts to delay his lawful execution, Fairchild quite plainly knew why he was executed. Justice is now served for Adam and the people of Oklahoma. This does not bring Adam back to his family and nothing can fill the void left by the loss of a loved one. Our hearts and prayers are with Adam’s family.”

The State is scheduled to execute John Hanson on Dec. 15.

Hanson was convicted on two counts of murder in Tulsa County in 1999, but is currently serving a life sentence in a Louisiana prison.

Not that it matters but when he was strapped to a gurney with an IV in his arm, he finally showed remorse. Sometimes I question execution, but this monster deserved to die for what he did to that poor sweet baby.

This took way to long. The taxpayers paid for this animal’s upkeep for almost 3 decades.

OKLAHOMA CITY, Okla. — Oklahoma Attorney General Gentner Drummond is asking the Oklahoma Court of Criminal Appeals to slow down the rate of executions in McAlester. Drummond, who attended the execution of Scott Eizember earlier this month, said he is grateful for the hard work of corrections employees. “I...
OKLAHOMA STATE・8 DAYS AGO
FOX 23 Tulsa KOKI

Sign up for the FOX23 Severe Weather Team Newsletter to stay up-to-date on all the weather happening in Eastern Oklahoma and Southeastern Kansas. Also, follow the entire FOX23 Severe Weather team on Facebook to get updated information between the times FOX23 is on the air. Click on their photos to link to their individual Facebook pages.
OKLAHOMA STATE・9 DAYS AGO
FOX 23 Tulsa KOKI

EXPLAINER: Why are Oklahomans paying more for eggs?

TULSA, Okla. — The cost of an incredible, edible egg is tough to stomach lately. According to data from the Bureau of Labor Statistics, egg prices have jumped 49%. “Everything is getting more and more expensive, so we’re trying to cut down to less eggs,” said Breanna Boness.
OKLAHOMA STATE・16 DAYS AGO
FOX 23 Tulsa KOKI

OKLAHOMA CITY, Okla. — An Oklahoma lawmaker says he plans to file a bill that would establish a commission focused on Holocaust education. State Rep. John Waldron (D-Tulsa) previously fought for a similar bill. Rep. Waldron says a similar commission exists in Texas and is more important than ever.
OKLAHOMA STATE・25 DAYS AGO