AMC: Buy-to-Covers Are Driving the Stock Up 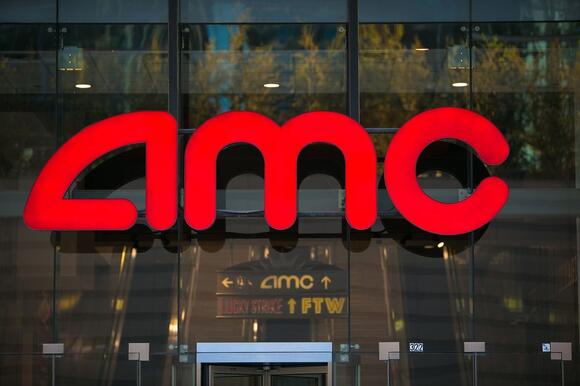 AMC shares have seen an impressive rally after the company reported Q3 earnings. Here's what's behind the share price increase.

Read more: GameStop Stock: How Much Ownership Do Retail Investors Have?

Revenue came in at $968 million, versus expectations of $961 million. And the company reported hosting more than 53 million moviegoers in the third quarter, which is a year-over-year increase of 33%.

However, the movie theater chain also reported wider net losses than in the same period last year. AMC had a loss per share of 20 cents, versus an expected loss of 24 cents.

AMC also reported that it has about $900 million of liquidity, which provides it with some strength to move toward its goals of both growth and financing its operations. It will also help keep AMC out of bankruptcy for the near term.

Although the quarter wasn't the best AMC has ever had — and it still failed to meet pre-pandemic levels — the company could have done worse, considering industry headwinds.

Recently, rival theater chain Cineworld filed for Chapter 11 bankruptcy protection. That made investors pessimistic about the industry as a whole, putting pressure on AMC's stock.

Because AMC was able to weather a difficult quarter suffering taking additional damage, its shares enjoyed a rally of more than 50% in the days following the earnings announcement.

Read more: Citadel’s Flagship Hedge Fund Is Up 30% This Year. Why Is Ken Griffin's Fund Doing Better Than Most?

Domestic Box-Office Bullishness Is Back

Another factor driving the strong reaction in AMC shares was the opening of Black Panther: Wakanda Forever . AMC enjoyed the fourth-largest weekend audience of 2022, with about 5 million moviegoers buying tickets at the company's movie theaters.

Also, early projections for Avatar: The Way of Water , which is expected to gross $650 million domestically, are impressive and hopeful for the fourth quarter.

Still, AMC CEO Adam Aron is being realistic. He has reiterated that, in the full fiscal year 2022, AMC will still see attendance a third below pre-pandemic levels. However, he expects that the moviegoers will return in full force by 2024 or 2025.

It's no news that AMC was able to survive the COVID-19 pandemic thanks to retail investors who came together to "squeeze" the short sellers who were betting on the company's downfall.

This "meme stock" mania caused a big spike in AMC's share price — enough so that the company was able to raise over $1 billion in cash by issuing more shares, which helped keep the company's liquidity in shape.

According to AMC's CEO, "If [retail investors] hadn't been there, we wouldn't be here today."

The truth is, even more than 18 months after meme investors "adopted" AMC, shares remain highly vulnerable to short squeezes. This is because there continues to be a lot of short sellers betting against the stock.

According to the most recent data, AMC's short interest stands at over half-a-billion dollars, and nearly 20% of its total float is being shorted.

AMC's popularity among short sellers is even more noticeable when you look at the borrow fees that are required to short the stock.

Driven by short interest supply and demand, during October, fees remained between 18%. After the third-quarter earnings release, AMC's borrow fee rates jumped to over 100%. At these levels, volatility in the stock is certainly due to buy-to-covers.

AMC's business fundamentals are still far from great. As a result, the company's management is relying on further dilution to move the business forward.
20 DAYS AGO
MemeStockMaven

GameStop stock suffered throughout 2022. However, here are 10 reasons why 2023 may turn out differently.
21 DAYS AGO
MemeStockMaven

AMC Stock: Should The Reverse Stock Split Be Approved?

The latest security lending market data show that Lucid Group and GameStop furnished the largest gains to lenders in 2022. Here's what that means.
22 DAYS AGO
MemeStockMaven

The last two years have been a wild ride for AMC stock bulls, but also a painful one most recently. Could share price finally benefit from a bullish wave next? These graphs may have the answer.
18 DAYS AGO
MemeStockMaven

GameStop stock has had a strong run to start the new year. But looking forward, what do the charts suggest: another leg higher or a pullback? One key pattern may hold the answer.
14 DAYS AGO
MemeStockMaven

WWE stock has had a great run in 2023, but is it time to fade the rally? Here is what the graphs suggest could happen next.
19 DAYS AGO
MemeStockMaven

Ken Griffin's Citadel fund made record profits during the past year. However, two years ago, the fund was involved in a controversy during GameStop's short squeeze.
6 DAYS AGO
MemeStockMaven

Famed investor Carl Icahn has revealed himself to be a true GameStop (GME) bear. However, history has shown that things can get ugly fast for GameStop short sellers.
14 DAYS AGO
MemeStockMaven

AMC Stock Is Getting Harder To Borrow. Could Short Sellers Be In Trouble?

AMC stock closed out the year with yet another gut wrenching drop. Significant bearish pressure has caused borrowing fees to skyrocket. Could this become a problem for short sellers?
28 DAYS AGO
MemeStockMaven

Right now, it's risky to bet against AMC Entertainment's stock. Here's why.
13 DAYS AGO
MemeStockMaven

Alibaba stock has doubled in value in less than three months. The charts suggest that both bulls and bears have a chance to profit from BABA at current levels
12 DAYS AGO
MemeStockMaven

According to a Seeking Alpha author, AMC could go bankrupt this year, dragging AMC stock sharply down. Here are a few counterarguments to the bearish view.
5 DAYS AGO
MemeStockMaven

Is GameStop (GME) Ripe for a Buyout?

A few years ago GameStop was a potential takeover target. At current levels, could the video game retailer still be an attractive candidate for a buyout?
19 DAYS AGO
MemeStockMaven

The ETF that tracks meme stocks has started 2023 on a high note, showing gains of about 15%. Here's what you need to know.
11 DAYS AGO
MemeStockMaven

Betting on GameStop has become more than just an act of investing; for many, to invest is to join a movement against the Wall Street status quo.
22 HOURS AGO