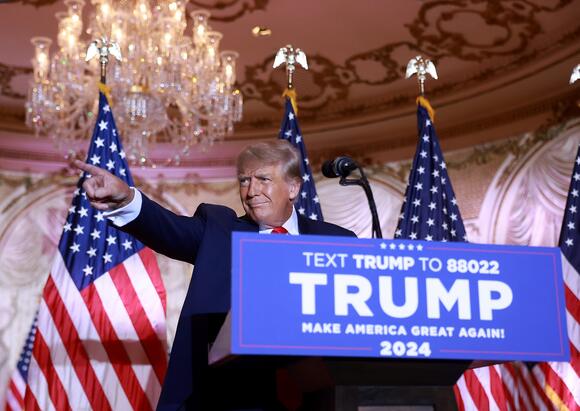 Former Missouri State Senator John Lamping joins Mark Reardon to discuss former President Trump's speech last night as well as the official announcement that he is running for the GOP nomination for President in the 2024 election.

“The way I'm describing it, so begins the third act of Donald Trump's presidential life. So you know, the country loves the three-act play and last night was the opening night. It's interesting to me that not only did Jeb Bush call them little energy, so did Claire McCaskill. So, people had their talking points out there. You know, others would suggest, and I'm one, it was more of a presidential Trump if you actually read what he had to say,” said Lamping

Later he continued, “It's interesting that the establishment Republican Party came out, all the surrogates, Chris Christie, all those guys came out and criticized him for doing what he's doing now and we all wonder what is he going to do, you know, in the next month or two or three? The other question I have though is, he's put his pawn forward, and now, what is the establishment? Does this establishment put out four or five pieces up on that stage?”

Chanel Rion talks if Democrats will push Biden out of re-election: Biden is ‘damaged goods’

Congress is the Constitutional check on corruption