Gov. Abbott Announces Shipment of Migrants to the City of Brotherly Love 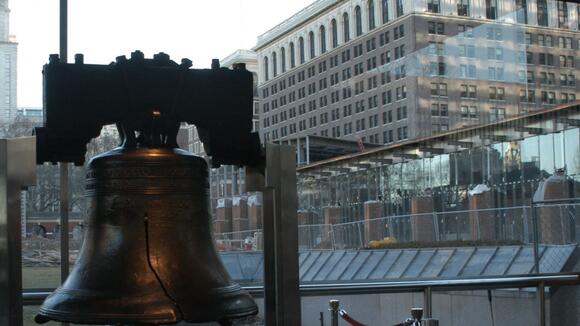 AUSTIN – Governor Greg Abbott today announced the departure of the first group of migrants bused to Philadelphia, Pennsylvania from Texas.

In addition to Washington, D.C., New York City, and Chicago, sanctuary city Philadelphia will now be a drop-off location for the State of Texas' busing strategy as part of the Governor's unprecedented response to President Biden's open border policies overwhelming border communities in Texas.

"Since April, Texas' busing strategy has successfully provided much-needed relief to our border communities overwhelmed by the historic influx of migrants caused by President Biden's reckless open border policies," said Governor Abbott. "Until the Biden Administration does its job and provides Texans and the American people with sustainable border security, Texas will continue doing more than any other state in the nation's history to defend against an invasion along the border, including adding more sanctuary cities like Philadelphia as drop-off locations for our busing strategy."

The migrants will be dropped off at William H. Gray III 30th Street Station tomorrow morning. Philadelphia Mayor Jim Kenney has long-celebrated and fought for sanctuary city status, making the city an ideal addition to Texas' list of drop-off locations.

In April, Governor Abbott directed the Texas Division of Emergency Management to charter buses to transport migrants from Texas to Washington, D.C. In August, the Governor added New York City and Chicago as additional drop-off locations.

Since beginning of this busing strategy in the spring, thousands of migrants have been transported to these sanctuary cities while providing much-needed relief to Texas' overwhelmed border communities.

AUSTIN – Many Texas homes and businesses suffered ice damage this week. Although repairs to electrical transformers and some lines will be performed by power companies, some repairs may fall to homeowners and business owners because the damage is at their side of the powerline. Do not hire unlicensed electricians to perform this important repair.
TEXAS STATE・2 DAYS AGO