Get the latest breaking news, sports, entertainment and obituaries in Willingboro, NJ from Burlington County Times.

Beyoncé stands between Willingboro's Adam Blackstone and a 2023 Grammy

Fresh off winning an Emmy Award for directing the 2022 Super Bowl halftime show, Willingboro's Adam Blackstone is now up for a Grammy.

The Recording Academy announced its slate of 2023 Grammy nominees Tuesday.

Musical producer Adam Blackstone of Middletown is nominated for Best Traditional R&B Performance for his song “Round Midnight,” featuring Philadelphia songstress Jazmine Sullivan. He won an Emmy in September for Outstanding Music Direction for the Super Bowl halftime show.

Blackstone, a native of Trenton, who grew up in Willingboro, New Jersey, and went to college in Philly, is an accomplished songwriter, singer and bassist. He co-owns BASSic Black Entertainment , which has its own label.

Beyoncé is his biggest hurdle 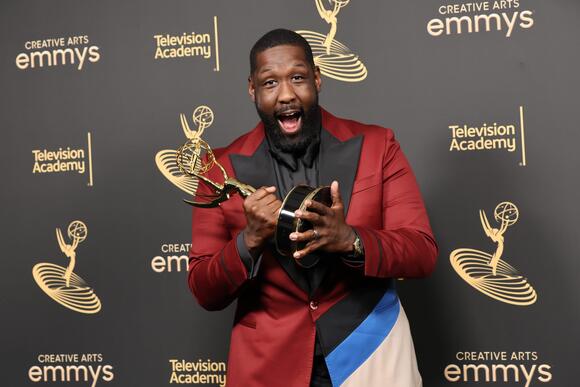 Blackstone is up against some fierce competition in his quest to bring home a Grammy in the R&B category.

Blackstone and Blige may be competitors now, but they shared the stage at the 2022 Super Bowl halftime show in February. Blackstone was musical producer for the extravaganza, for which he also played bass.

This year was not the Delaware man's first Super Bowl. When Justin Timberlake performed in 2018, Blackstone garnered an Emmy nomination for his direction, and also played bass with the singer.

Blackstone also was musical director of the 2020 halftime show when Jennifer Lopez and Shakira performed in Miami. He also played bass with Shakira that night.

Blackstone has worked with Jay-Z and Ye 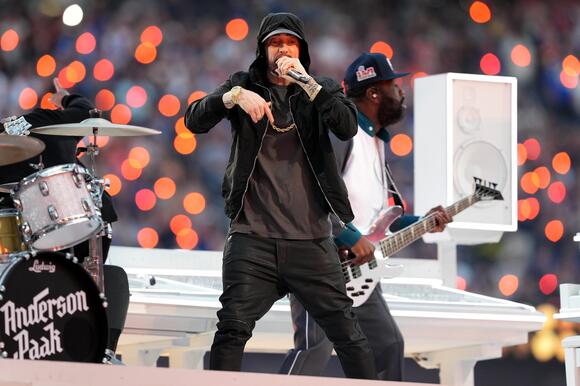 Blackstone has directed and performed with other big names including Ye (formerly known as Kanye West), Nicki Minaj and Jay-Z.

We’ll have to wait until early next year to see how that pans out.

The 65th Grammy Awards airs live on the CBS Television Network and streams on-demand on Paramount+ from Los Angeles’ Crypto.com Arena from 8 to 11:30 p.m. on Sunday, Feb. 5, 2023.

Celeste E. Whittaker of the Courier Post contributed to this report .

The No. 3 Houston Cougars (21-2, 9-1 AAC) look to avenge its only conference loss of the season against the Temple Owls (14-9, 8-2) in Philadelphia Sunday at 6 p.m. ET (ESPN2). Below, we analyze Tipico Sportsbook's lines around the Houston vs. Templeodds, and make our expert college basketball picks, predictions and bets.
HOUSTON, TX・2 DAYS AGO
Burlington County Times

The Rutgers Scarlet Knights (16-7, 8-4 Big Ten) and No. 18 Indiana Hoosiers (16-7, 7-5) tangle Tuesday in Bloomington. Tip time at Assembly Hall is set for 6:30 p.m. ET (Big Ten Network). Below, we analyze Tipico Sportsbook's lines around the Rutgers vs. Indianaodds, and make our expert college basketball picks, predictions and bets.
BLOOMINGTON, IN・1 DAY AGO

Get the latest breaking news, sports, entertainment and obituaries in Willingboro, NJ from Burlington County Times.