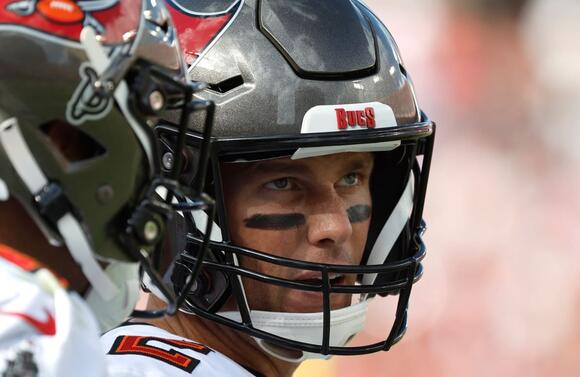 Could we see Brady as a head coach in the NFL?

This past Sunday the NFL and its fans witnessed something that is far from norm as ex-Indianapolis Colts' center Jeff Saturday was named the interim head coach for the aforementioned Colts after they fired Frank Reich after just 9 games.

Jeff Saturday has mentioned that he hopes his move into the head coaching role for the Colts opens up opportunities for other former NFL players to similar roles even without having prior coaching experience. With Saturday's sudden move into his new role, Jim Gray, Tom Brady's co-host on his Let's Go! podcast posed the question to the veteran quarterback on whether he could walk in and be a head coach tomorrow, given his amount of time in the league.

“I think that’s an interesting question,” Brady said. “Obviously I have a lot of experience playing, I have a lot of knowledge and there’s, I’d say, a lot of capabilities to doing that. But the desire to do something like that is totally different. So I’ve enjoyed my abilities as a player and I think I’ve had so much intent and focus on being the best I could be as a player. Being a good coach, you have to have a lot of similar traits to what you had as a player, which is preparation, discipline, leadership, work ethic. And if you can put all those things together, yeah, you can obviously be a good coach. And I think a lot of the great coaches in history have done that. I think being a great coach is the desire to be a great coach. You know, not whether a player can become a coach. I think having the knowledge to do football, but is this something that you’d want to do and enjoy in order to maximize and actualize your potential as a coach? Those are things for different people to answer. Some people love being in the arena and some people love talking about it. You know, it’s up for everyone’s desire to do what they want, but to have the opportunity to do it I think is pretty cool for former players as well.”

We all know Brady's love for the game, the passion he has for it, and the love that he has for the guys in the locker room. Does the question become how much is he willing to devote to being a head coach after spending a whopping 23 years devoting himself to being the best quarterback of all time? Becoming the best quarterback to ever play the game takes a ton of time and effort, but being a head coach - especially a successful one - in the NFL will take much more devotion. You aren't a player anymore. You have to deal with things that players do not see and after giving so much of himself for the better part of two decades, it is hard to see Brady wanting to do that even with his high-level football IQ and level of commitment to the game.

Yes, it could happen, but it seems Brady is ready for a more relaxed atmosphere when it comes to what he plans to do after retiring following inking a 10-year $375 million dollar deal with Fox to become their lead NFL analyst once he does indeed step away.

Stick with BucsGameday for more coverage on the Tampa Bay Buccaneers throughout the season.

Last week, legendary quarterback Tom Brady officially announced his retirement from the NFL last week, prompting all sorts of tributes from several people all across the league with some sharing stories about his life on and off the field. It’s also led to some speculation as to why exactly Brady is retiring, and Brady’s father has the answer. In an Read more... The post Tom Brady revealed real reason for retirement appeared first on The Comeback: Today’s Top Sports Stories & Reactions.
6 HOURS AGO
BucsGameday

This time it involves CTE - which Brown says was caused by a former teammate.
TAMPA, FL・1 DAY AGO
BucsGameday

This surely came out of nowhere...
TAMPA, FL・6 HOURS AGO
BucsGameday

There have been a number of sad reports coming out of the world of professional wrestling in recent weeks, with former stars passing away, both during their career and following it.
1 DAY AGO
BucsGameday

It didn't take long for the former Tampa Bay assistant to land elsewhere after being fired by the franchise in January.
TAMPA, FL・21 HOURS AGO
BucsGameday

Will the Buccaneers select another quarterback in April?
TAMPA, FL・18 HOURS AGO