Intoxicated fatalities on the rise in Oklahoma, one Tulsan turned her tragedy into a mission 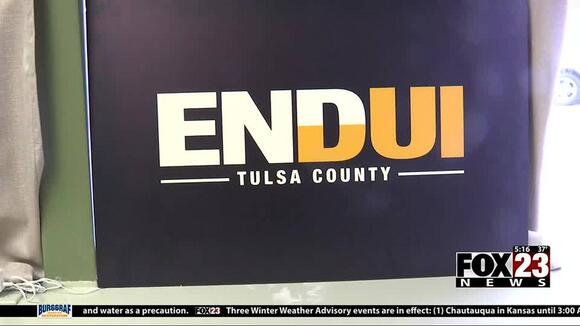 TULSA, Okla. — Liz Gifford remembers parts of the night when her son was killed by a drunk driver.

“This has been a life-altering event for all of them. For every single one of them, their lives were changed forever,” Gifford said.

Her son Greg took a road trip to a water park in Oklahoma City with three of his friends to celebrate one of them, who was moving away.

They were hit by a drunk driver, who was also speeding and had a blood alcohol level of .26. He was a repeat offender.

Her son Greg was thrown from the car, hit some construction equipment and died at the scene.

He was only 16 years old. He had dreams.

“My son had his goals set at 16 years-old and knew exactly what he wanted to do,” Gifford said.

He wanted to go into the military and eventually law enforcement. The numbers of fatalities have risen sharply over the last three years. That’s according to the from the Oklahoma Highway Safety Office.

Eric Foster is a trooper for the OHP.

“When people think DUI, they think, ‘Well, you shouldn’t drink and drive and that’s kind of the old phrase that we use – drink and drive,” Foster said, “But, we don’t say that anymore. It’s ‘intoxicated’ because, very often, it’s [intoxicated] on medications or THC or something like that. We’re seeing that way more often than even alcohol anymore.”

Gifford now heads up the Oklahoma Victim Impact Panel, where DUI offenders take a court-ordered class to listen to victims’ stories of how a drunk driver took their loved ones’ lives.

Some of those offenders are there just to take the required class but some are changed.

“I have received either phone calls or voicemails or message thanking me for whatever story they heard that particular night,” Gifford said. Sometimes, it’s Gifford’s story that they hear and it’s healing for her.

Gifford lost her son in 1997 but she said she sees some of the same stories happening today with repeat offenders getting behind the wheel intoxicated.

She said if she can just change one of them from doing that again, she has done her job.

TULSA, Okla. — A social media campaign created to spread positivity through love for Oklahoma is making a return. Oklahoma native Evan Taylor first created Huglahoma about 10 years ago with about 300 people. While the campaign took a hiatus, Taylor is now in the middle of a relaunch and wants you to join!
OKLAHOMA STATE・6 DAYS AGO
FOX 23 Tulsa KOKI

Climbing to the freezing mark and slightly above by afternoon. Light rain and freezing rain possible late Wednesday night into early Thursday. A light glaze of ice is possible along I-40 and points north. Thawing out starting Thursday. Above-average highs for the weekend with dry conditions.
OKLAHOMA STATE・3 DAYS AGO