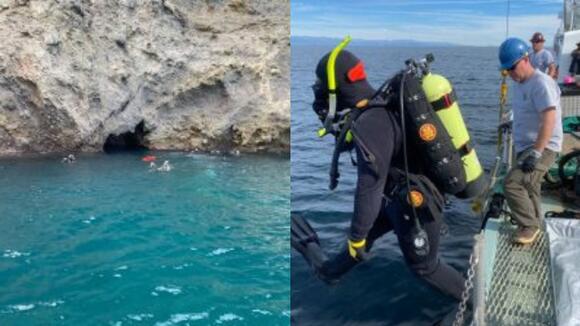 SANTA BARBARA, Calif. — A body was found in a cave in Southern California earlier this month and officials think it may be a diver who vanished in 2020.

SBCSO said about a week later on Nov. 11, divers from other agencies and SBCSO went out to the Seal Cove area where they were able to recover the remains successfully.

The remains have been taken to the SBCSO’s Coroner’s Bureau for further investigation, according to SBCSO.

According to The Associated Press, investigators with the coroner’s office will be using rapid DNA testing to confirm the identity of the human remains.

According to the AP, Ryder Sturt, 34, was reportedly lobster diving with a partner on Nov. 29, 2020, in the Painted Cave Preserve area and officials have said he never resurfaced.

No further information has been released.