What went wrong in the midterm election? 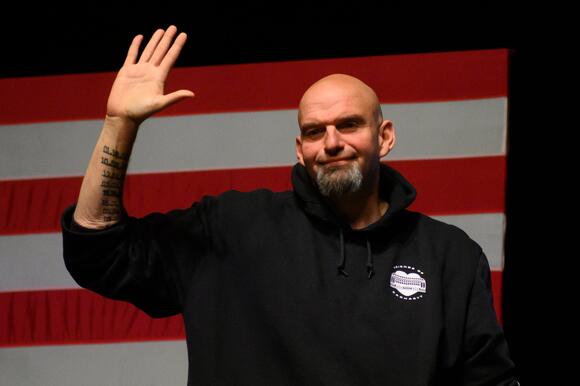 Columnist for the New York Post and the Washington Examiner Salena Zito joins Mark Reardon to discuss what went wrong in the midterm election, and what the future might hold.

“This is 2022 going into 2024 and people don't look backward and there's a nuance there that I think it's really important to people understand. It doesn't mean they don't like what he did, it doesn't mean that they don't love him, but well, you know, I know, but a lot of pollsters say, well they hate him, they left him. No, it's they're exhausted,” shared Zito on Trump’s influence on the midterm.

Later, she continued, “I started seeing this in 2022 when, after the election and after it was clear that he lost the election, which by the way, he did lose Pennsylvania, he lost it by 80,000 votes, you don't have a red wave down the ballot. You don't have Republicans winning every seat down the ballot in Pennsylvania and he loses without it being about him. When he started those antics people started to push away, but they had nowhere else to go. So he stayed high in the polls. Now there are other options.”

When news broke that Joe Biden was in possession of classified documents from his time as Vice President, comparisons between his scandal and the FBI raid of Mar-a-Lago have been dominating the conversation.
17 DAYS AGO
97.1 FM Talk

What is the Biden Administration's goal with illegal immigration?

December U.S. Customs and Border Patrol encounters surged to a record-setting 251,000. What, if anything, is the Biden Administration doing to stem the tide?
11 DAYS AGO
97.1 FM Talk

News broke that Joe Biden was in possession of classified documents from his time as Vice President. News of this discovery was delayed for two months which has many asking why there was a delay in reporting this story.
25 DAYS AGO
97.1 FM Talk

Sen. Josh Hawley on TikTok: “The only way…to stop it, is to ban it”

The social media app, TikTok, has been a topic of on-going controversy for months, with concern for national security on the line. While the app has already been banned on government devices, some politicians are looking to take that a step further.
8 DAYS AGO
97.1 FM Talk

Jazz Shaw, a columnist with HotAir shares his latest pieces from the House Speaker battle to the Transgender person on death row with Mark Reardon.
26 DAYS AGO
97.1 FM Talk

Missouri Secretary of State Jay Ashcroft discusses ESG (Environmental, Social, and Governance), a values-based framework established to measure the degree to which an organization is operating in a “sustainable” manner.
MISSOURI STATE・17 DAYS AGO
97.1 FM Talk

House GOP wastes little time in getting to work

After a contentious vote for Speaker of the House, the GOP lead congress wasted little time in getting to work. Rep. Mike Bost of Illinois’$2 12th District joined The Annie Frey Show to discuss
ILLINOIS STATE・24 DAYS AGO
97.1 FM Talk

Chanel Rion talks if Democrats will push Biden out of re-election: Biden is ‘damaged goods’

Concerns over the Covid vaccines continue

Congress is the Constitutional check on corruption